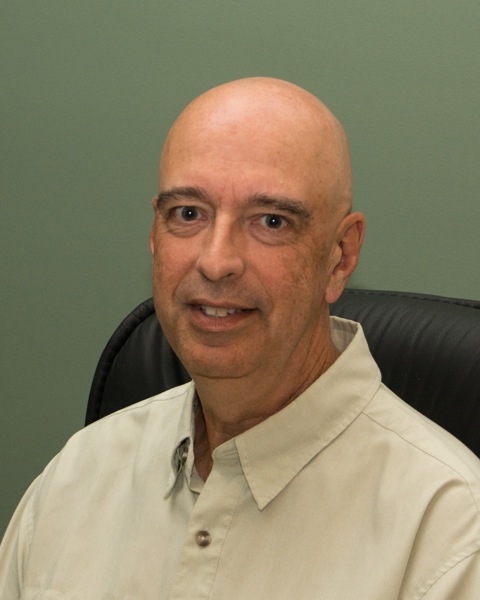 Midwestern Gothic staffer Megan Valley talked with author John Keyse-Walker about his novel SUN, SAND, MURDER, writing a book he wanted to read, writing as a second career, and more.

John Keyse-Walker: I grew up in rural Ohio, in a township just west of Cleveland. Except for a stint at Duke Law School in Durham North Carolina, I have made my principal home in the same county where I was born, Lorain County. I practiced law for thirty years in Lorain County and even after retirement, spend the majority of the year there.

MV: You have lived in Florida as well. How has each region influenced your writing?

JKW: My mysteries are set in the British Virgin Islands, which I think have a very small-town Midwest vibe. In the BVI, everyone knows everyone, people are friendly, and it’s hard to have secrets – all of which reminds me of Ohio, just with better weather and a more exotic setting. So I can say that the BVI I write about could, with a few changes to the stories, as easily be about Ohio or someplace else in the Midwest. As for Florida, it has instilled in me a love of the sea, the beach, and fishing, all of which figure significantly in my writing.

MV: For thirty years you were a lawyer. Did always know writing was something you wanted to do?

JKW: Writing was something I did, daily, as a lawyer but it was very different from the writing I do as a mystery writer. Did I always want to write fiction? I am an avid reader and I think every reader has at least passing thoughts of writing someday but it certainly was not a passion or a lifelong ambition for me.

MV: Why did you set SUN, SAND, MURDER in the British Virgin Islands?

JKW: Toni Morrison said “If there’s a book that you want to read but it hasn’t been written yet, then you must write it.” I had visited the BVI a number of times and grew to love the island of Anegada there. I wanted to read a crime novel set there, so I had to write it. It is the perfect place for a mystery – lots of quirky characters, a lush tropical setting that is almost a character in and of itself, and such a low crime rate that a murder there is truly a shock. 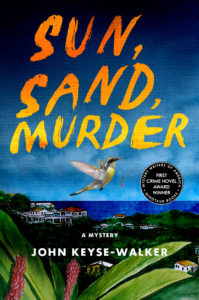 MV: Would you say you approach writing as a hobby?

JKW: I think it fits into the category of being a really fun second career for me now. What better career than one with flexible hours, an opportunity to research interesting topics, a modest amount of notoriety, and the ability to do the work sitting on my back deck overlooking Lake Erie or on the beach on Pine Island, in Florida?

MV: What was the inspiration for Anthony Wedderburn, “De White Rasta?”

JKW: There was a fellow I saw a few times on Anegada who inspired the look that Anthony has. He was a white guy, sported blond dreadlocks, and just drifted around the island. I never spoke to him, so the whole backstory of Anthony is pure invention. Indeed, Anthony was not intended to be a significant character when I started writing. He was simply going to find a body on the beach. But when I started writing his part, I liked him, so he took on a more prominent role in the book.

MV: After a career as a lawyer, your first novel is – fittingly – a crime novel. Do you stick to this genre?

JKW: It’s interesting that you would think it’s fitting for a lawyer to write crime fiction. Actually, my legal career was all civil cases, so criminal law almost never entered into my practice. But, to answer the question, I have no intention of writing outside the crime/mystery genre. It’s what I love to read, so it’s what I love to write. I think the genre is one of the most effective at providing the reader with pure entertainment and that, to me, should be the first objective of a writer.

MV: What’s the best piece of advice about writing you’ve ever received?

JKW: Write what you love. You are with the story, setting and characters in a novel for a long time, many hours spread over months and years. If you are not writing about something you passionately love, the topic or setting or characters will become tedious. None of us do good work if the work is tedious.

JKW: I have completed the second book in the Special Constable Teddy Creque series, and it is currently with my agent. I have ideas for at least four books in the series, so I hope to complete at least that many. And I am currently working on a stand-alone murder mystery set on a German ocean liner on a round-Africa cruise in the days before the outbreak of WWII. The stand-alone is a project I really love because it is based on a cruise around Africa that my grandparents took aboard the North German Lloyd Line’s SS Columbus in 1939. Imagine visiting ports like Casablanca, Dakar, Cape Town, Mombasa, Zanzibar, Port Said, Villefranche, and Gibraltar in the pre-war era. Then couple that with a group of international passengers in an era of significant tension in the world, and isolationist sentiment in the U.S. I am having a great deal of fun writing it, and hopefully readers will have as much fun reading it.

**
John Keyse-Walker grew up in Columbia Station, Ohio, the son of a vegetable greenhouse operator and a stay-at-home mother. Much of his youth was spent exploring the fields, woods, and rivers near his rural home, or fishing and swimming in Florida, where his family had a modest second home. While he enjoyed reading, books took a backseat to outdoor pursuits. He attended the College of Wooster, in Wooster, Ohio, majoring in political science. He went on to obtain a law degree from Duke University School of Law (Go Blue Devils!), where he met a fellow student and Southern belle, Irene Walker, who became his wife. After law school, he took the Ohio bar and began a practice in Elyria, Ohio. For the next thirty years, he had a diverse practice consisting mostly of trial work, and for many years served as his firm’s managing partner. In 2012, he retired, planning to devote time to travel, fishing, tennis, kayaking, and volunteer work. When he found those pursuits failed to fill the hours in the day, he began to write. After two years of on-and-off efforts, he completed his debut novel, SUN, SAND, MURDER, which won the Minotaur Books/Mystery Writers of America First Crime Novel Award.