Beyond the Lake Prize: “Then I Will No Longer Be Me, But The Forest” by Elsa Nekola

We asked the winners of the 2016 Lake Prize (featured in our Winter 2017 issue) about their work and the inspiration behind their stories. Read about all of the fiction finalists and the poetry finalists.

Fiction honorable mention Elsa Nekola discusses her story “Then I Will No Longer Be Me, But The Forest.”

Elsa Nekola: Setting is very important to me. I often start with a setting rather than any kind of idea for a plot. I don’t know that I’ll always write this way, but it’s what I’ve been doing (unconsciously) for a while. The characters tend to emerge from the setting – I think, what kind of people would be hanging around this lake town or this farm? Who lives in this house tucked back in the woods and what are they doing – why do they live here, was there a particular industry they worked for that would be unique to this place? I wanted to write a winter story set on Lake Superior, and Marit was the character I came up with – and with characters comes their memories, their ancestors. I also strive to write pieces that maintain a certain mood throughout, though this is very challenging. “Then I Will No Longer Be Me, but the Forest” seems to be carried by a mood – a somber winter mood – more than anything else. I tend to write in scenes rather than in any sort of linear fashion. I don’t think this is particularly efficient, but it’s mostly what I know how to do at this point in my writing life. With this story, the common thread seems to be The Lake. I wanted Lake Superior to permeate everything – it is as close to the characters as a family member, and it is always there, haunting them and reminding them of its power, its unpredictability. Marit appears to be a quiet, stoic, perhaps emotionally challenged character – but underneath that, I think there’s a desire for power within her, too – a desire to be seen by her mother, and by her sister’s doctor; a desire to regain some sort of control over the house.

There is a little novel called The True Deceiver, by the Finnish-Swedish writer Tove Jansson (who is known for creating the Moomintrolls), which probably influenced my piece in Midwestern Gothic, though I read it a few years before I wrote the story. Reading Jansson, I am struck by how much her Finnish and Swedish characters remind me of people in the Upper Midwest – which is, perhaps, not surprising, considering the demographics of people who settled near Lake Superior in Wisconsin, Michigan, and Minnesota. Jansson also wrote short stories, my favorite of which is “The Squirrel,” about a woman isolated on an island who becomes obsessed with a squirrel – it’s an interesting study of character psychology, isolation, and human interaction with landscape. In my own work, I’m interested in exploring the lives of characters, particularly women, who are geographically isolated – and as Midwesterners know, the winter season can add to this feeling of entrapment, isolation, and desperation, but there’s also this anticipation of what comes after, of renewal. That’s part of what I wanted to convey through Marit and her family in the Upper Peninsula.

Purchase a copy of the Winter 2017 issue of Midwestern Gothic. 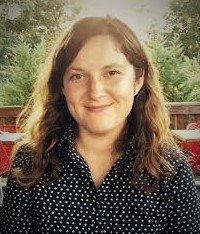 Elsa Nekola is a writer from Wisconsin. She currently lives in Oxford, MS. Her work has been featured in Rosebud Magazine.