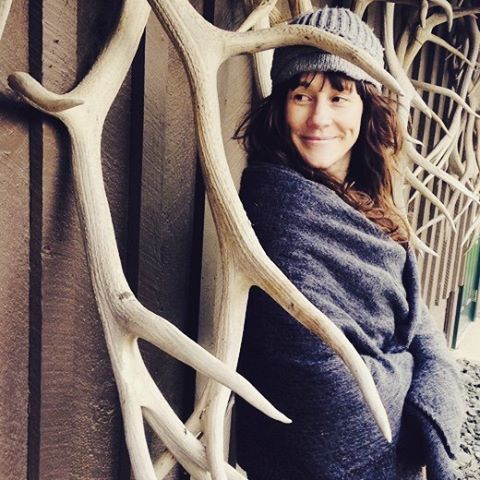 Midwestern Gothic staffer Megan Valley talked with poet Gretchen Marquette about May Day, how being a working writer influences her teaching, the coexistence of grief and beauty and more.

**
Megan Valley: What’s your connection to the Midwest?

Gretchen Marquette: Well, first and foremost, I’ve lived most of my life here. I grew up in eastern Wisconsin, and slowly moved farther west every few years after I turned eighteen.

I remember the first time I felt like the entire region was “home.” I had lived for a summer in Washington. I’d thought I might stay permanently, but one summer was enough for me – I was eager to get “back east” as people there would say.

On the drive home, there was one night when I stopped in Glendive, Montana and couldn’t find a hotel room (the band Nickelback was in town) so I slept in my car. In the morning, I went to a diner for breakfast, and on the way in, I saw a newspaper box; the front page of the paper announced the 35-W bridge collapse in Minneapolis. I was horrified, and felt, in that moment, so lonely, to be that far from home, where something terrible had happened. What was strange though, was the relief I felt later, when I crossed the border into the Dakotas – it already felt like home, even though I still had so far to go before anything became familiar in the true sense.

I’ve had people from elsewhere lead me to believe they think it’s “cute” to be from the Midwest, but I’m proud of it. I like my accent, and I like some of things I have in common with other Midwesterners. And Minneapolis in particular has such a great literary community; ending up in this city was such a lucky break.

MV: How has becoming an instructor influenced how you view your own writing process?

GM: One thing I like about being an instructor is that I get to keep learning. It’s true to some extent that teachers “take” their own classes, and so I’m always thinking (and reading) as both a student and as a teacher.

I’m an adjunct, so I teach many different classes at several different schools. This means that I have lots of different experiences, not just as a teacher, but as a thinker and writer too. When I’m teaching creative writing in the BFA at Hamline, for example, there is a lot of great discussion about craft and form. Listening to my students talk helps me think about my work (and all creative work), both in terms of how it’s made, and how it works, but also in terms of how it finds an audience.

Other classes have their own benefits. I’m teaching composition this semester at Anoka Ramsey Community College, north of the Twin Cities. I’m also working on a collection of essays. The essay collection is tough, because I’m in the early stages, and my inner critic is convinced I’m taking a great idea and royally screwing it up.

During our first unit, my comp students and I read Anne Lamott’s “Shitty First Drafts” and talked about the barriers to getting that first draft (the “down” draft) done. During that in-class discussion I realized something I should have realized years ago, which is that the book I imagine in my head always falls short of my expectations, because the first time I see it, it’s in its first draft, and the books that I’m holding it up to, hopefully as peers, have made it through many drafts, and have seen an editor’s attention, etc. It’s such a simple concept, but honestly, it didn’t stick for me until the discussion with my students this fall. They were struggling with writing their personal essays in exactly the same way I was struggling. It’s a good example of how, in a lot of ways, being a working writer makes me a more empathetic writing teacher, and being a writing teacher makes me a more productive writer. 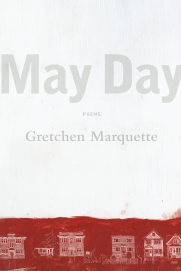 MV: What unites all the poems in May Day, your debut collection?

GM: I think it’s tension. How grief and beauty exist simultaneously, but don’t cancel each other out. They pull on each other, but neither is powerful enough to eliminate the other. It was a very difficult time for me, when I was writing those poems. For a long time, I was alone and disoriented in a hostile psychological forest; it’s not an exaggeration to say that I was literally in danger. But I found my way out, and I also found ways to enjoy certain moments, even when I was lost. I think the path that leads out is visible in the book. I hope so anyway. It’s why the book is May Day and not Mayday. Taken collectively, the poems in May Day understand that grief isn’t strong enough to destroy beauty.

MV: Many of your poems center on two main themes: the end of a relationship and your brother serving in the military. How do your relationships shape your poetry?

GM: I like to spend a lot of time alone, but my relationships are ultimately what give my life meaning. It’s why my book is dedicated to my sister, and to my friends. It’s for all my friends – all those people who helped me find my way during a bad time, people whose lives I got to take part in, and who taught me about unconditional love for the first time.

I take all of my roles seriously – as a teacher, a poet, etc., but I am especially serious about my role as a friend, and as a sister, and when I’m in a relationship, I take my role as a partner seriously too. Whatever we lift up in our daily lives is going to appear in our work – I’m sure that’s why we’re talking about this!

MV: How do you decide which poems make it into a collection and how to organize them?

GM: This is one of the situations when I talk about how lucky I am to have such an amazing editor like Jeff Shotts. Because it’s easy for me to take a huge selection of poems and weed out the ones that can’t do their own heavy lifting, or the ones that are saying the same thing that another poem is already saying, and saying better. But ultimately, there is still culling to be done, and that’s when I struggle. At that point, I really value the opinion of my editor, and of a few close friends who know my work well.

Organizing is different. I look for poems that are talking to each other more directly, and then I think about how they might benefit from sitting together, or how they might be louder if they have to shout at each other across the span of the whole book. I also like to think about each section having its own arc (either emotionally, or thematically). Sometimes I’m at a loss, though, and when that happens, I go back to the people I trust. I step into that role for others too – I love working as an editor, and I value other people’s eyes on my work.

MV: What do you read in between writing projects?

GM: It’s interesting that you phrased the question this way, because I read a lot more when I’m not actively working on something. I tend to go in phases of heavy reading/almost no writing, and then heavy writing/almost no reading. In general it’s non-fiction that inspires me most – articles, essays, etc, on a variety of topics that have nothing to do with poetry, though craft books are always helpful when I don’t feel like reading or writing. I keep track of a lot of what I learn through writing in my reader’s notebook, so that when I’m ready to write, I have a record of it.

When I’m not writing, I read a lot of poetry. All through graduate school, I read almost nothing but poetry. I’m slowly finding my way back to prose, particularly fiction. It’s such a relief to find a good book. While I was travelling this summer, I read The Great House by Nicole Krauss, The Hours by Michael Cunningham, The Meadow by James Galvin, and The Goldfinch by Donna Tartt, and I remembered how grounding and stabilizing it is to be in the middle of a book, and how comforting even its physical presence can be.

MV: How do you know when a poem is done?

GM: I think there’s two kinds of “done.” The first kind is knowing when to stop writing, because the first draft has said everything that needs to be said. I think it’s a gut feeling, and that’s probably the easy part. And then, in revision, you have to know when a poem has become its best. Personally, I know that I have an issue with burying my ending lines in the middle of poems, so sometimes I have to unbury them. Sometimes I have to chip a shorter poem out of a much longer poem, and sometimes I have to find the poem in a block of prose. For the most part, I still think it comes down to a gut feeling. For me, revision is such a pleasure that when it stops being so, I know I’m done. And at that point, if the poem still doesn’t work, I usually put it away. Some of them never resurface, but some do. I’ve figured out over the years that I don’t revise as much as other people do. I like to write fast, and revise while the poem is still warm. It’s a bad sign for me if I have to labor over something, though I know other poets much better than I who spend months working on a piece. There are probably as many ways to revise as there are writers.

GM: I did some travelling last summer – it was the first time in my life that I’ve had the opportunity to be on the go, and I loved it. It was the best thing for my work, and for my heart and mind too. So I’m hoping that I’ll have a chance to do some more travelling in the next year.

I’m also working on two new projects. One is another book of poems. I’m starting to understand what its spine is, and I’m happy that many of those poems are already finding homes out in the world. They feel, to me, like sibling poems to the poems in May Day. Hopefully older, wiser siblings. We’ll see.

The other project is the book of essays I mentioned earlier. Last summer, I did an interview with Kaveh Akbar for his website, Divedapper. While he and I were talking, I realized that I was preoccupied with some specific questions. In the days that followed, I saw that I already had a lot of prose writing that orbited around those questions – how do we commit to living our lives when our lives don’t look the way we thought they would? How do we live good lives when even good lives are hard? What role does pleasure play in happiness? I want to write a book that starts to answer some of those questions. I hope that I have the time and energy to get a draft of it done by next year at this time.

Gretchen Marquette’s work has appeared in places such as Harper’s, Poetry Magazine, Tri-Quarterly, Tin House, and the Paris Review. She is a 2014 recipient of an Emerging Writer’s Grant from the Loft Literary Center, and her first book, May Day, was released from Graywolf Press in 2016. She currently lives in the Powderhorn neighborhood in south Minneapolis.