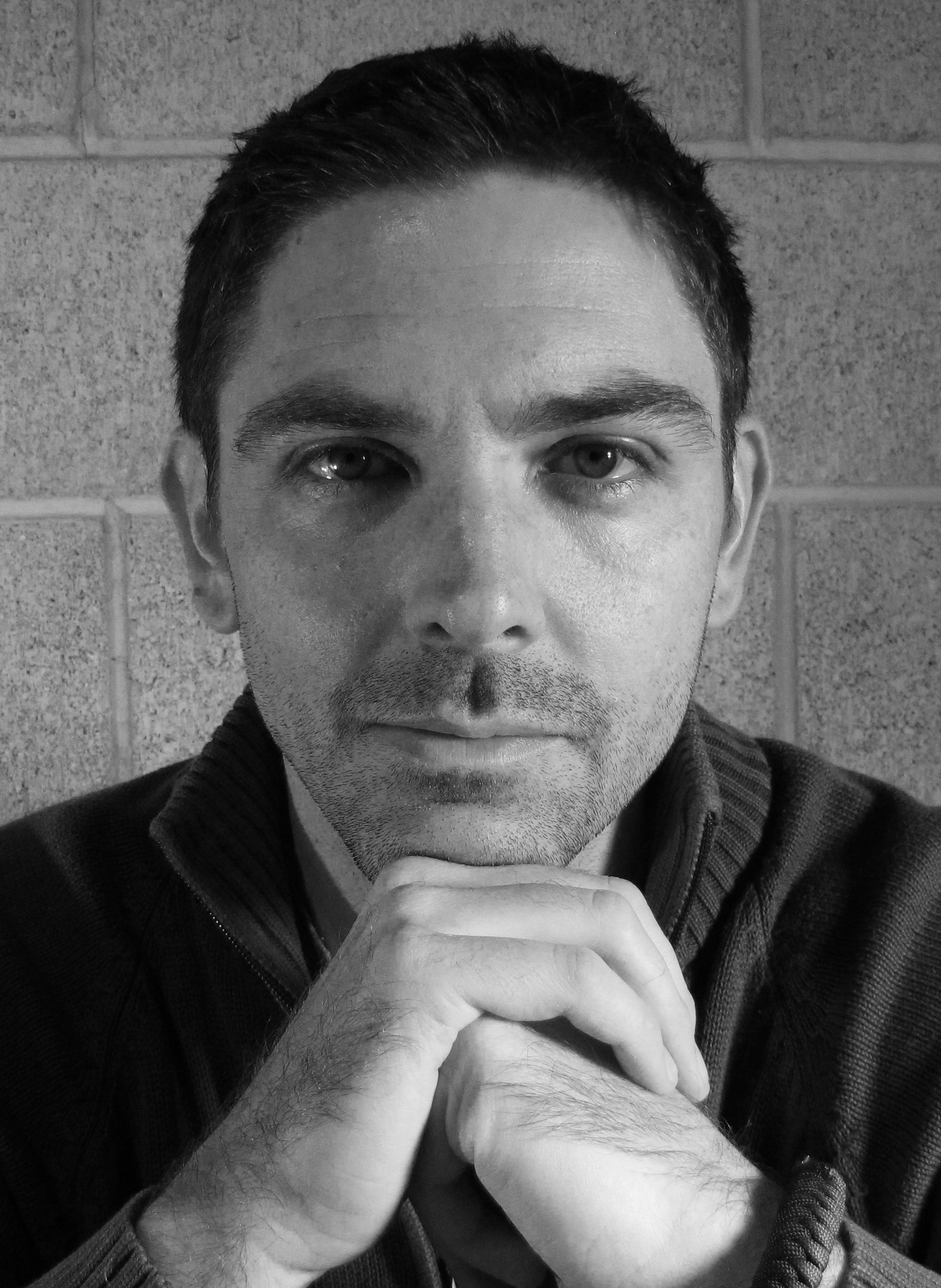 Lee L. Krecklow: I’ve lived my whole life in Wisconsin, and while I’ve always kept residence near the city of Milwaukee, I’ve spent enough time in rural areas to feel that connection, as well. Growing up, my parents owned owned a cabin on a smallish lake in central Wisconsin, where I spent time in forests and fishing and hunting. Later, after the cabin was gone, I took to camping and backpacking, exercising the skills of quiet and stillness I learned as a child. I point those things out because I feel that being connected to the region requires a balanced understanding of the whole landscape.

AM: How has living in Milwaukee impacted your writing style? What specifically about Milwaukee inspires you to write?

LLK: Having lived here my whole life, I understand the connection to the city, to the region, but the impact is difficult for me to understand. In my mind, it’s like asking a fish how it’s influenced by living in water; impossible to comprehend without knowing an alternative. That said, I see Milwaukee as an encouraging, fertile launching pad for artists of all kinds. There’s a rich music scene, so many amazing painters and a network of small galleries, a film and theatre scene. But it’s a difficult place to thrive as an artist. Filmmakers and musicians want to be in LA. Painters and playwrights want to be in New York. For some, Milwaukee is between nowhere and somewhere, and that notion, the influence of that, is writ large in The Expanse Between. None of that is said to deprecate the city. It’s a lively artistic community. But sometimes, to be known is to be elsewhere.

AM: In The Expanse Between, a writer is propelled into revisiting the work of writing fiction because of events in his reality. How did you come up with this storyline?

LLK: The seed from which this story grew was the idea that “fictional” forms of narrative are often not very “fictional,” and reality-based, “non-fiction” forms–be they in literature or documentary or television series–are not always true to life. We draw blurry lines when defining what we consume, sometimes without enough consideration, or with consideration that serves our own artistic purpose. How much credit does a creative artist deserve when he or she borrows heavily from reality? How does what we borrow impact the subject itself, or influence people’s beliefs about the subject? These are the ideas I was exploring. 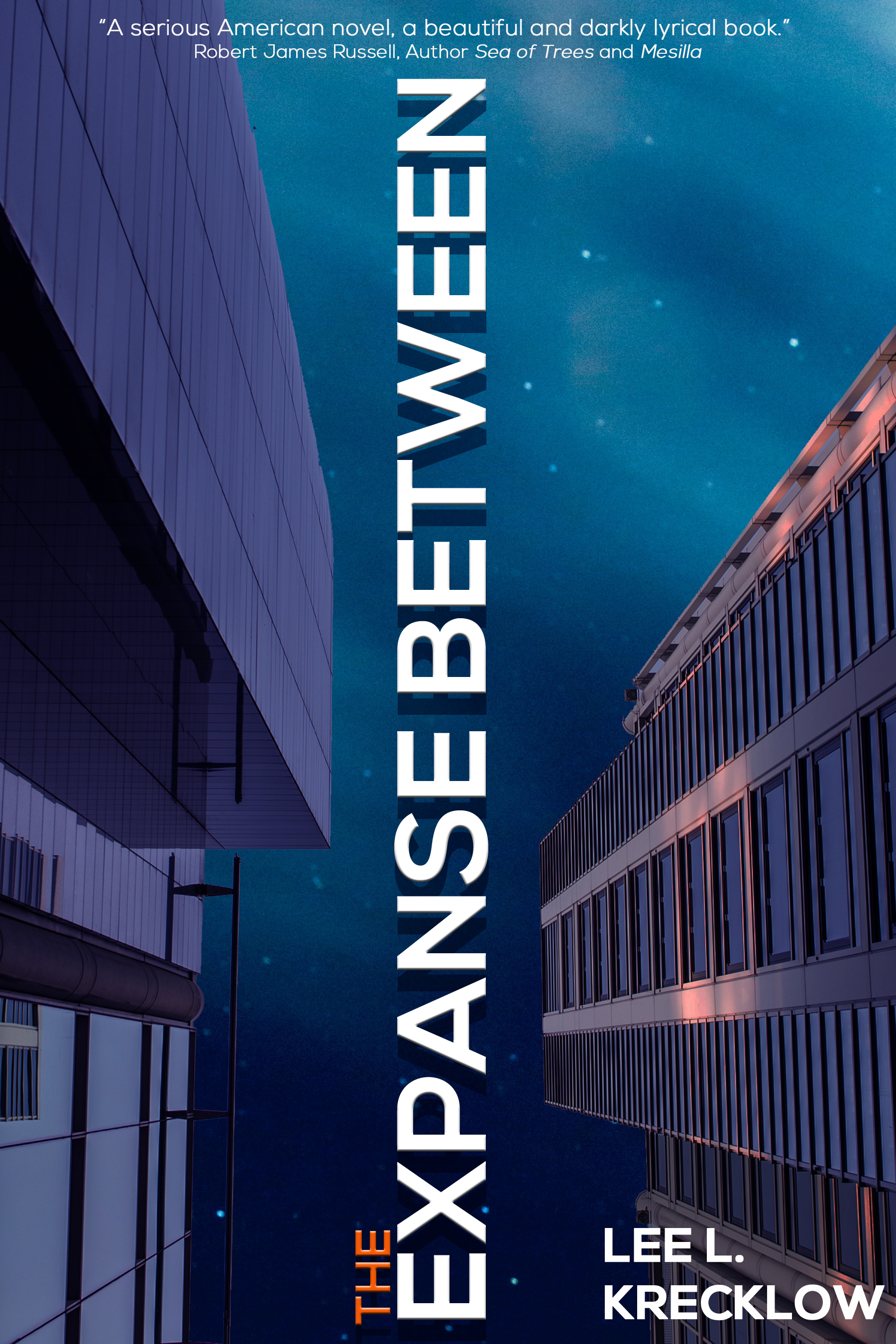 AM: What genre do you think The Expanse Between fits into best? Why?

LLK: One of the reasons we apply genre labels is to define what our readership ought to be, and obviously I’d love as wide a readership as possible. However, you also want people to be satisfied by what they read, so you can’t label so broadly. The genre I settled on was “literary noir.” This is a literary work at its core. Its alternating perspectives are frequently internal, and I’d like to think the language warrants an association with other mainly literary works. However, there’s no doubt the narrative is driven by psychological elements innate to suspense or noir. There is voyeurism. There is darkness. There are threats to safety. The Expanse Between is influenced by those types of works, as well.

AM: Did you need to do any research for The Expanse Between? If so, what kind of research helped you contextualize the story?

LLK: Not explicit, formal research, but certainly atmospheric research, if that’s a thing. Many of the locations in the book have real-world counterparts, and I’d go to those places and sit and just journal my emotions while I was there. There’s a bookstore in the novel, and I used to visit its model in downtown Milwaukee and spend an hour just sitting and looking and smelling and hearing. I went to the beach that the characters visit and cataloged the same.

AM: What are some of your techniques as a writer to create suspense for your reader?

LLK: I love blind spots, both for readers and characters. We’re most intrigued by the things we can’t see. One of the techniques I use to achieve this is an intimate but alternating third person perspective. The reader has close, internal perspectives from each of the players, but never at the same time, so one doesn’t have access to certain characters’ thoughts or emotions during key moments. The reverse is that the reader has certain pieces of information that the characters don’t, information which might help the characters or their relationships. Hopefully that creates tension and urgency. I’m also not above allowing some actions to take place off the page, so that a reader needs to keep reading into the future in order to understand what took place in the past. That’s just another form of blind spot.

LLK: They all need to experience some emotions that I can connect with. I need to understand why everyone does what they do; that’s the only way to own them. I’m an excessively empathetic person, one who can see both sides of most arguments, so this isn’t usually an issue for me. That doesn’t mean I’ve experienced or agree with everything my characters do. Far from it. But I can extrapolate my own experiences, push them further emotionally, in order to understand the people I write. A line I’ve used conversationally: I’ve never been punched in the face, but I’ve accidentally walked into a wall, so it’s not a stretch for me to understand taking an unexpected blow to the head.

AM: What did you learn about yourself as a writer while creating The Expanse Between?

LLK: Oh my, so much! This story started as a screenplay, back while I was a film criticism student, roughly 17 years ago. So over the course of nearly two decades, during which I wrote and directed two short films, published more than a dozen short stories, completed a different, failed novel, and nearly completed what I hope will be a successful next novel, I couldn’t help but learn. I learned that I can fail, very easily, and that I should look for the signs of a failed projected from those around me whom I trust. I learned that if I fail, it’s okay, that I’ll take that failure and use it to turn the next project into something better. And I learned that anyone trying to create anything is your friend, and you should foster those friendships and learn from the people around you. They are trying to make their way in the same world that you are.

AM: How do you push yourself to grow as a writer? For example, do you explore new genres, try new styles, or pursue complex characters, etc.?

LLK: To grow as a writer I try to grow as a reader. There’s no shortage of advice out there telling you the same thing, that writers must read, but really, it’s true. I like to try new things outside my comfort zone. Often, what I try is not for me. But the worst thing that happens is that I learn why I don’t like it, and I reinforce what I do like. The best thing that happens is I discover a new nuance in my voice, something inside that I wanted to express, but which I wasn’t certain how to channel, and now here is a writer doing that thing, and suddenly, by reading them, I’ve learned and grown.

AM: In The Expanse Between, the main character Thomas is motivated to write because of an external catalyst. What drives you to write?

LLK: Beautiful question. Thomas is mainly driven by ego. Yes, the things he sees in the book do motivate him, put his purpose is recognition. Validation. I’d love to believe that I’m the opposite of that, but I can’t be certain. I think about the years during which I was not being published, and I still worked at it. Not writing, not performing the act itself, meant not feeling balanced, meant a brand of depression. And while I felt unbalanced, I could cure myself by writing, but it was never work that would be published. So I was writing for the sake of the process. And that, I hope, is the difference between me and Thomas. That regardless of readership, I am a writer. It’s something I do independent of validation. However, there’s enough ego inside of me to know that I want others to share what it is that I’m feeling, and that a piece that’s published is far more satisfying than a piece that sits in a drawer.

LLK: I’m working on a novel titled An Irrelevance of Butterflies. It’s a bigger novel, inspired by a number of my short stories, and I’m very excited about it. Additionally, short fiction continues to call to me. I love exploring ideas in short form, and I’m routinely looking for appropriate homes for that work.

Lee L. Krecklow is the author of the novel The Expanse Between (Winter Goose Publishing, 2017). He was the winner of the 2016 South Million Writers Award for his story “The Son of Summer and Eli” (The Tishman Review 1.2), and his work has recently appeared in Eclectica, Oxford Magazine, Storychord, Midwestern Gothic and others. Find more by visiting www.leelkrecklow.com.