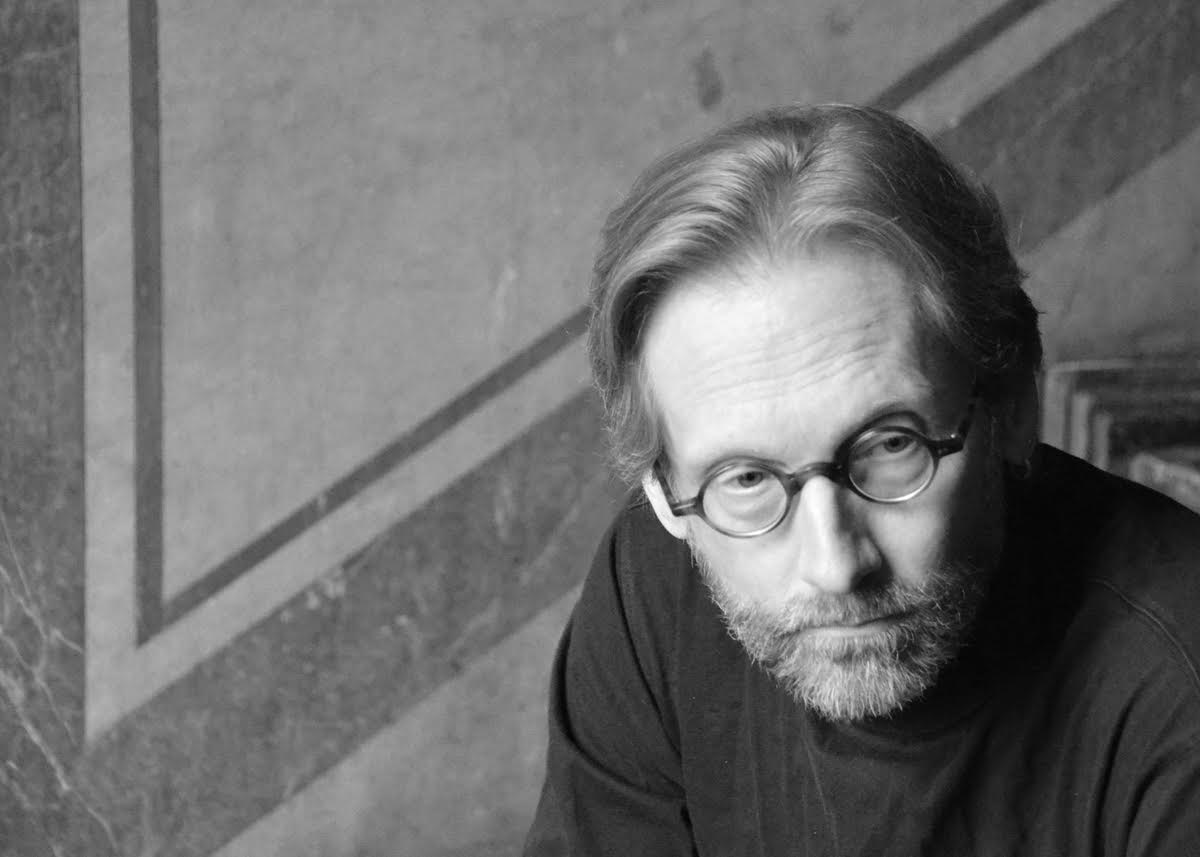 Midwestern Gothic staffer Audrey Meyers talked with author Lance Olsen about his book Dreamlives of Debris, the Minotaur myth, how to navigate a narrative, and more.

Lance Olsen: I was raised in the climate-controlled malls just across the George Washington Bridge from New York City in northern New Jersey. My neighborhood was leafy, middleclass, middle-of-the-road, and head-bangingly bland. From a very early age, I had the strong sense there were other Americas out there to explore.

So when it came time for college, I told my guidance counselor I wanted to major in journalism and asked her where I should apply. She suggested the University of Wisconsin. Madison, I discovered, was the antimatter of my north-Jersey suburb: energetically political, progressive, irreverent, questioning, intellectually exciting. I could feel myself changing every day I was there.

By the time I was ready to apply to grad school, I knew I wanted to be a fiction writer instead of a journalist because we get to make more things up. I asked my creative-writing professor at the University of Wisconsin where I should go. She suggested the Iowa Writers Workshop. There I found an amazing cultural oasis. Iowa City still has one of the best film series I’ve ever encountered and a crazy-good reading series associated with the Workshop. The Workshop itself taught me universes about writing — both by positive and negative example.

Most important, I met my wife, Andi, while studying in Iowa City. She’s an artist and videographer from Des Moines. We spent many hours speeding past those farms separating the two cities and checking out all the Iowas in Iowa.

AM: How has the Midwest impacted your writing?

LO: My first novel, Live from Earth, this story about a couple so deeply in love they don’t let something like death get in the way their relationship, is set in good part in the Midwest — primarily in Iowa City and Des Moines.

When you grow up in one place, then move to and write about another, you experience that new place like a traveler might. That is, you pay attention in a way you don’t, you can’t, when you’ve lived somewhere your whole life. Everything — the smells, tastes, landscape, way people say hello, slight linguistic eccentricities — everything feels different and special.

AM: What inspired you to write Dreamlives of Debris?

LO: Since I first heard it as a child, I’ve been drawn to the Minotaur myth. It seems somehow tremendously powerful — this monster, this id, this other, imprisoned below the palace of Knossos: a metaphor, perhaps, for what we need to keep repressed in order as a culture to remain whole and functioning.

The possibilities for how to bring that myth into the contemporary intrigued me, had nipped at my imagination for years. 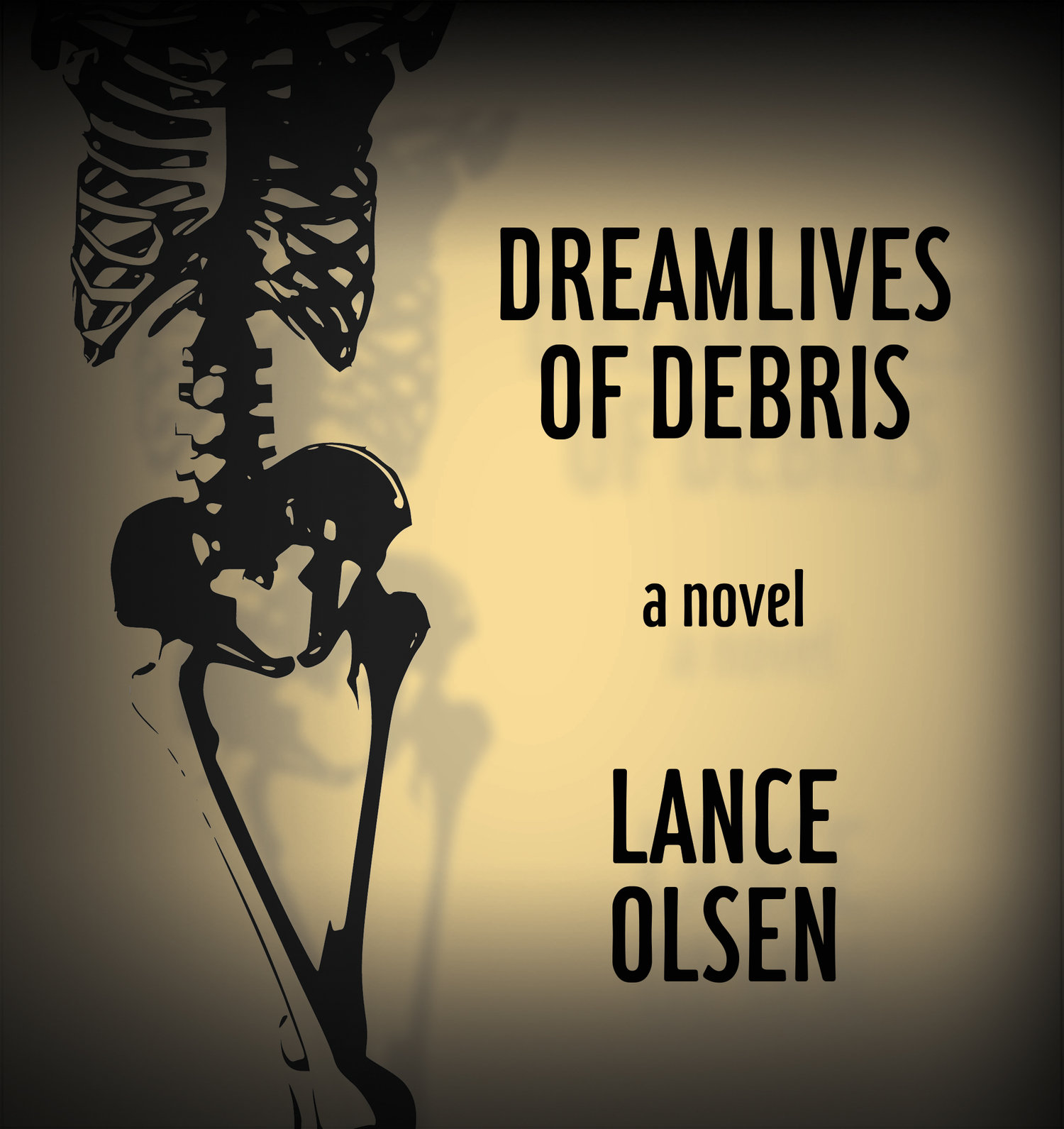 AM: How did you reinvent the Theseus and Minotaur myth? What were the challenges creating a new perspective on it and how did you make it work?

LO: The central point of view of Dreamlives of Debris — which is part horror tale, part science fiction, part love story, all experimental narrativity — rests with the Minotaur. Here, though, the teratoid isn’t a being with bull’s head and human body, but rather a little deformed girl whose parents have hidden her away at birth in the labyrinth on Crete.

She calls herself Debris, and possesses the ability to hear, see, and feel the thoughts, memories, desires, pasts and futures of others throughout history, from Herodotus to the Silk Route traders to Borges, Derrida, and Edward Snowden. In fact — and this is her problem — she can’t stop herself from receiving all those voices speaking through her. It’s maddening. Literally.

Debris, then, is a kind of living instrument through which time travels, but also an emblem for our lived experience in 2017, in which temporality often feels like a flurry of abrupt slaps.

AM: What do you think there is to gain from retelling a story in an innovative and unique way?

LO: Retelling is an essential part of knowing. Think of Virgil, who re-speaks the Odyssey as the Aeneid, or James Joyce, who re-speaks it as Ulysses, or perhaps the plethora of fairytale reiterations that are so popular these days. In fact, from a certain perspective every narrative is a retelling of former ones to the extent that it is in constant conversation with the genre in which it’s working, which is to say all examples of that genre the author has read, and all the ones he or she hasn’t. Every vampire story is by nature a recapitulation, adaptation, and alteration of all those that went before.

How come? Because by rewriting we re-right. We bring narratives into harmony with the contemporary. Through retellings we un-tell, compose our present rather than simply perpetuating someone else’s past, interrogate the assumptions of received narratives and recast them so they continue to mean for us.

Doing so, we remind ourselves there are always other ways to narrativize our lives, which is to say other ways to live them, other ways to script them than the ones we’ve been taught. That’s an astonishing political, epistemological, and existential act.

AM: How do you make the lessons of the past relevant to the present in Dreamlives of Debris?

LO: Most of us wear our monsters on the inside. My protagonist Debris is just like us, only more so — she wears her insides on her outside. Another way of saying this: I wanted to gender the idea of monstrosity, make Debris a little girl, so that I could explore how our culture has often conceptualized the feminine as the horrendous incarnate in order to contain and silence it in various social labyrinths beneath various poleis.

I was also interested with the labyrinth as an emblem for contemporary experience.

AM: How did you conceptualize Debris’ labyrinth?

LO: The labyrinth takes the form in my novel of an impossible liquid architecture that bears no center and hence no discernable perimeter.

In our post-facts contemporary, one could argue it’s become labyrinth all the way down. I imagine the labyrinth, not just as a structure, then, but as a mode of knowing, a mode of being, an extended and dense metaphor for our current sense of presentness — the impression, for instance, that we are always awash in massive, contradictory, networked, centerless data fields that may lead everywhere and nowhere at once.

These days I’m as committed to building a novel as writing one, so I laid out Dreamlives myself in InDesign. Every page is a perfect square representing a different textual room in Debris’ labyrinth. And each arrives without a page number, so it’s easy to become disoriented, lost, as a reader — just as Debris and her victims become disoriented, lost, within the pages of the novel.

Because Dreamlives of Debris arrives with no conventional location markers, the reader may feel, not only slightly adrift, but also a little freer to jump around, begin to think of reading as a kind of choreography, taking various paths as the mood strikes, for as long as the mood strikes, and then perhaps wandering off in a different direction.

AM: What did you learn about yourself as a writer when creating Dreamlives of Debris?

LO: It’s such a strange undertaking: living with a developing book for two or three years. You’re learning something new about yourself with every punctuation mark you use, let alone about your being in the world — what’s important to think and feel about, why, and how.

At some deep-structure level — and I didn’t think of this until you asked that great question — Debris’ problem is every writer’s, isn’t it: how to construct and navigate a narrative, how to mine the past and present productively, how to put ourselves in spaces outside our comfort zones that enable us to take risks, learn, unlearn, become new people every moment.

What I may have come to understand about myself is that Dreamlives of Debris is a working out, really, what it feels like being a writer.

LO: I’m working on a novel titled My Red Heaven. It’s set in Berlin in 1927 — a year that saw the city as a cultural mecca. Of course, it had no idea what lay just a few years away. The novel will take the form of a collage, each chapter a flash-narrative about the people who inhabited Berlin: Otto Dix, Ludwig Wittgenstein, Franz Kafka, Vladimir Nabokov, Ludwig Mies van der Rohe, Arnold Schönberg, and so on, as well as figures history has forgotten: a sommelier, a pickpocket, several ghosts, a serial killer.

The question behind it, really, will be about how pastness occurs only in the incessant process of being un-written, re-written, learned, unlearned, and relearned. That’s something that’s fascinated and troubled me for years in one way or another: the problematization of historical knowledge — how history exists, how it is composed, who does the composing, and to what ends; how history (as is the case with all nonfiction) is a special-case subset of fiction.

Behind that set of concerns, there’s another (and this speaks to that idea of retelling we were just talking about): My Red Heaven functions as an invitation to contemplate our current political crises, from the alarming rise of the populist right and the growth of its politics of paranoia and attacks on progressive thought to its economic and anti-cultural undermining of the arts and humanities.

With that, we’re back to a sort of political thought I first encountered in Madison, Wisconsin, as an undergraduate: the idea that all narratives are political, especially those that call themselves the opposite.

Lance Olsen is author of more than 20 books of and about innovative writing, including the novel Dreamlives of Debris (Dzanc, 2017). His short stories, essays, and reviews have appeared in hundreds of journals and anthologies, such as Conjunctions, Black Warrior Review, Fiction International, Village Voice, BOMB, McSweeney’s and Best American Non-Required Reading. A Guggenheim, Berlin Prize, D.A.A.D. Artist-in-Berlin Residency, N.E.A. Fellowship, and Pushcart Prize recipient, as well as a Fulbright Scholar, he teaches experimental narrative theory and practice at the University of Utah and serves as chair of the Board of Directors at the independent press Fiction Collective Two, currently in its 43nd year making fiction making trouble.

One Response to “Interview: Lance Olsen”