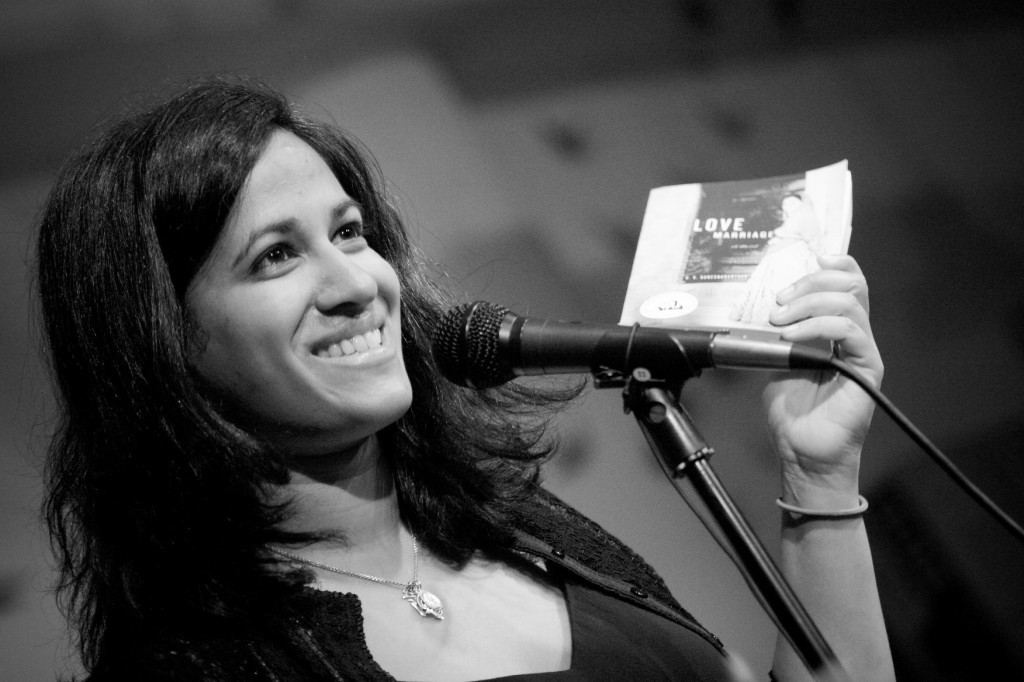 Midwestern Gothic staffer Kelly Nhan talked with acclaimed author and journalist V.V. Ganeshananthan about what journalism has taught her, fiction as a vehicle for political change, the spirit of the Midwest, and more.

Kelly Nhan: What is your connection to the Midwest?

V.V. Ganeshananthan: I’m from the East Coast (among other places), and first moved to the Midwest to attend the Iowa Writers’ Workshop. I loved Iowa City. When I had the opportunity to return to the Midwest to teach, the memory of the Workshop made the idea appealing. Ann Arbor is very different from Iowa City, but it’s Midwestern, and my instincts were right: I was really happy teaching in the Helen Zell Writers’ Program at the University of Michigan. This fall, I moved back to the East Coast for an academic year on fellowship. In the fall of 2015, I’ll come back to the Midwest for a third time, to teach creative writing at the University of Minnesota.

KN: How has your background as a journalist influenced your writing?

VVG: Journalism taught me to go out and ask questions; it has also trained me to maintain habits of active observation. And my editors in journalism helped me to understand the importance of subsuming my ego to my work. This has been useful not only to my fiction writing, but in practically everything I do.

KN: Your novel, Love Marriage, is written in the form of vignettes. What was your thinking behind this narrative choice?

VVG: This form did not begin as a conscious decision—I wish I could analyze it as one. That was just how the voice came out! And nothing I’ve written since has taken that form. I suspect that structure was right for Love Marriage because it’s a family story, and those are so often pieced together from anecdote. But at the time I was writing the first draft, I had no idea!

KN: Love Marriage deals with the way that violence, war, and transnational crossings affect individual people, specifically through the character of Yalini. How do you navigate such complicated political conflicts as the Sri Lankan Civil War within a fictive account?

VVG: My personal strategy is to do a lot of research, which as a bonus I find extremely interesting. I don’t mind diverging from history, but if I’m going to do that I want to do so knowingly.

KN: Do you see works of fiction as capable of effecting political change?

VVG: I guess this depends on what you define as “political change.” If one person finds themselves newly or better able to enter another perspective or consciousness because a novel has given them a vehicle, I hope that is a form of political change. I suppose this is a way in which I find fiction not only inherently empathetic, but also a vessel for a kind of coalition-building. I’m not consciously trying to drive an agenda while writing, though.

KN: You’ve lived in the Midwest for a couple of years now. What, if anything, do you think characterizes the region in your experience?

VVG: The Midwest is simultaneously big (in terms of space and spirit) and small (with many small and/or college towns). That juxtaposition is perhaps what I love most about it.

KN: As a professor of creative writing, do you have a piece of advice for burgeoning or prospective writers?

VVG: I try to make sure I read people whose histories are different than my own.

KN: Who has influenced your own writing and work?

VVG: As a younger reader, I loved Louisa May Alcott, L.M. Montgomery, and Madeleine L’Engle. Later influences include Michael Ondaatje, Shyam Selvadurai, Romesh Gunesekera, Jamaica Kincaid, and Elizabeth McCracken. Some of these people were my teachers.

V.V. Ganeshananthan, a fiction writer and journalist, is the author of Love Marriage (Random House 2008), which was long-listed for the Orange Prize and named one of The Washington Post‘s Best Books of 2008. In 2014, the National Endowment for the Arts and the Radcliffe Institute for Advanced Study at Harvard awarded her fellowships for her second novel, excerpts of which have appeared in Ploughshares and Granta. She is on Twitter at @vasugi.