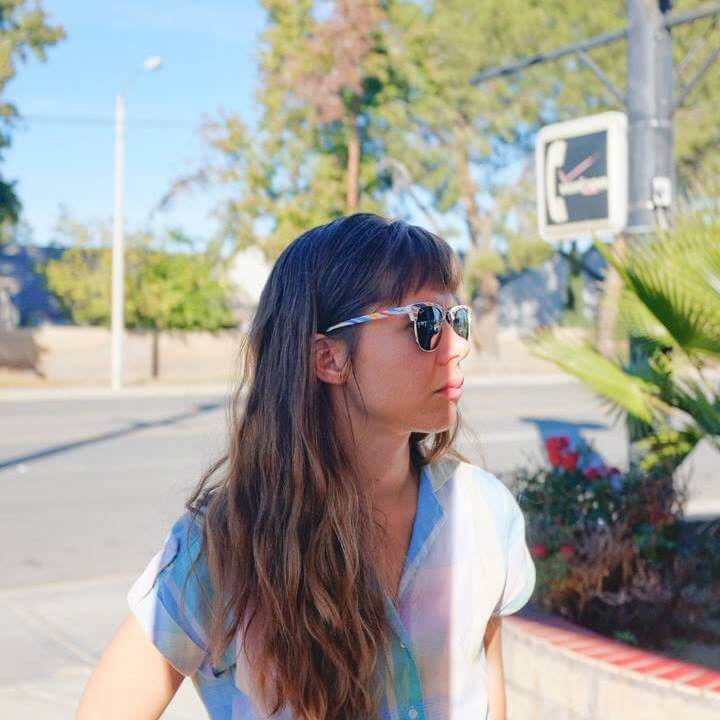 Midwestern Gothic staffer Marisa Frey talked with author Tatiana Ryckman about her book I Don’t Think of You (Until I Do), translating longing to written word, shorter-length publications, and more.

Tatiana Ryckman: I was born in Cleveland and went to school in central Ohio until college, when I moved to Nebraska. I’ve heard from impassioned Minnesotan and Michigander friends that neither of “my” states are the Midwest, but I politely disagree. The longer I spend in Texas, the more obvious it becomes that I’m from someplace else.

MF: Readers don’t know much about the identity of the characters in I Don’t Think of You (Until I Do)—they are nameless and genderless. What advantages and disadvantages did this pose while you were writing?

TR: The absence of names and genders happened surprisingly organically. I wrote section 1 in a single sitting and didn’t realize it would be part of a longer work. It seemed natural that a narrator would not talk about their name or their gender, nor the name/gender of the person being addressed. That section is really an admission of embarrassing longing across a great distance. The real struggle was maintaining this throughout the entire book when the characters were in the same place. As you mentioned, the reader never really gets a sense of what these characters look like. A benefit, or at least what I hoped would happen, is that readers would begin to see themselves as the narrator, and they would know exactly for whom they longed, or for whom they had once longed so tenaciously. 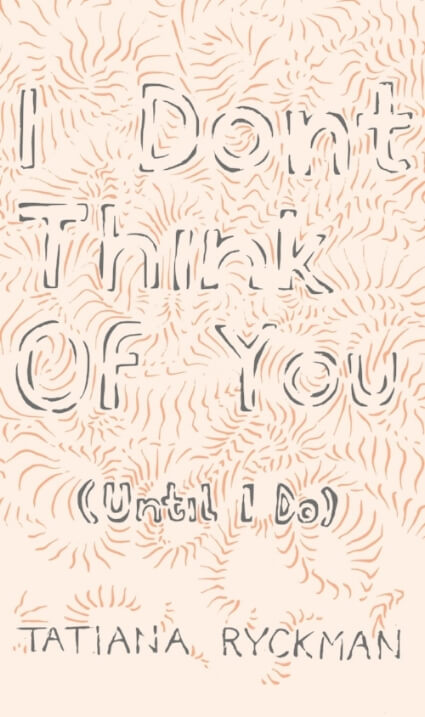 MF: I Don’t Think of You (Until I Do) is deeply confessional, probing at the innermost reasons for longing and loneliness. What was it like to write it?

TR: I love this question, though I don’t particularly love answering it. Writing this felt embarrassing, and shameful, and very depressing. I am not the narrator, but I (and I assume most people) have longed for someone far away, or who feels far away, and I found myself digging up and mining those old feelings, as well as creating/imagining new ones. How strange to make oneself obsessed with someone who doesn’t exist! And having that realization while writing was what ultimately led the narrator to understand that even if there was a real, breathing person on the other side of their obsession, the person they were longing for was really an object of their own creation.

MF: Do you consider I Don’t Think of You (Until I Do) a love story?

TR: Kurt Vonnegut says that all stories are love stories. Certainly by those standards it is.

MF: In addition to I Don’t Think of You (Until I Do), a novella, you are the author of two chapbooks, one flash-fiction and one flash-nonfiction. What appeals to you about these shorter-length publications?

TR: Lately I’ve heard comparisons to Twitter stories and about diminished attention spans, but I don’t find that to be my inspiration or motivation. I like them physically. They’re easy to stick in a purse or a pocket. My reaction when I see a very thick book is generally, “This must not have been well-edited.” Naturally there are many times when I’m wrong, and I am glad to be. Yet there’s something really wonderful about letting a single moment stand in for significantly more. One can dip into that world and emerge slightly different. There’s something poetic about it—as in poets do this all the time. And I like making words work a little harder, to earn their keep.

MF: You released a four-part video trailer for I Don’t Think of You (Until I Do). What was the inspiration for that? Can we expect more multimedia projects from you?

TR: I was incredibly fortunate to have a filmmaker friend, Robert Moncrieff, offer to make those trailers for me. He did a beautiful job. I have recently gotten excited about printmaking, so I do have hopes of mixing mediums in the future, though I’m not yet sure how that will happen or when or in what capacity.

MF: What are some advantages and disadvantages of writing books in the digital age?

TR: The advantage is, in theory, increased exposure. The inverse, then, is the disadvantage—the sheer glut of information potential readers are exposed to. Why should they read this book?

MF: What’s your ideal setting to write in?

TR: Physically, anywhere. Mentally, it seems to come best in a liminal space. While traveling, or moving from one task to the next. Long road trips or while switching between books. There’s something about disparate ideas or actions or places rubbing up against each other that seems to get me going.

MF: What are you reading right now?

TR: I’m drifting through many books right now. Very slowly. I’ve been revisiting To the Castle and Back by Václav Havel and have just started The Power Broker by Robert Caro. I’m very excited about Caca Dolce, by Chelsea Martin and Circadian, by Chelsey Clammer. And I think it’s just good practice to always have James Tate and Thomas Paine on hand. I’ve had Memoir of the Hawk (Tate) and Paine’s collected essays by my bed for a few months.

TR: This is the question I’ve been fearing since the book came out last month. I haven’t started anything new. I have an old novella manuscript and a short play that I’m thinking about dusting off and working on. Also a few essays. I’m just waiting for something to catch.

Tatiana Ryckman was born in Cleveland, Ohio. She is the author of I Don’t Think of You (Until I Do) as well as two chapbooks of prose. Tatiana is the editor of Awst Press and has been an artist in residence at Yaddo and Arthub. More at Tatianaryckman.com.