Flash Fiction Round 2 Runner-up: “Spam Can” by Kate Garklavs

During the summer of 2018 we continued our annual Flash Fiction Contest series, inviting authors to respond to three different picture prompts. You can read more about the series here. Round 2 submissions responded to our photo prompt with the following criteria: here.

We called it the Spam Can, though it didn’t have that familiar anvil shape, because Spam Can was friendlier than its actual name.

“Fallout shelter,” Gram explained when we were young — six or seven, the age of juicebox innocence. “People go there to be safe in cases of emergency.” She stood at the stove, stirring, her legs an unnatural beige from her compression stockings.

“Stay away from there, you hear?” Gram said this grimly. “It’s been empty for years. You might step on a nail.”

For a while, we’d obeyed. We were busy with swim lessons, 4H. Then our parents decided they couldn’t tolerate each other, not for appearances or anything else, and the money dried up. With it, the extracurriculars. We spent evenings and weekends with Gram, who, though she valued our safety, also valued her private time before Grandpa returned from the lake or the plant or Clooney’s.

In middle school, the Can was our fort. Mason and I planned to clean it up, transform it into a control room, though what we’d be controlling was unclear. We swept the dirt floor, smeared the windows with Windex-soaked paper. Laid with our backs to the dirt and speculated on our parents’ whereabouts, psychic and otherwise.

In high school, Mason got his license, a Camaro he brought back from parts. Nights, he cruised the strip. I retreated to the Can with my boyfriend, Boone’s Farm, whip-its. We’d huff ourselves into momentary white oblivion, imagine the steel roof opening into boundless sky. When the whip-its ran out we drank, regrounding. Greg, the boyfriend, was a solid-B student, quiet, pimply. Not my prince charming, but I wasn’t his first-choice girl. We pawed each other’s bodies, not fully knowing what to do, until one of us got bored or got off. Then we went our own ways through the shadowed woods, neither looking back at the other dark, retreating form. It wasn’t satisfying, this routine, but it was something: mine.

The Can was demolished when I was in college.

“About time,” Gram said, hacking. She was on oxygen now, planted at the kitchen table. She hated carrying the tank.

“Dangerous,” I agreed, though the I imagined the steel was sturdy as ever.

I hadn’t been back since graduation day. I was headed out of state, far from Mason and Gram and still-sad mom, the pickups and bait shops and and heat-weary maples. I wasn’t exactly sad, but as I stood in the room’s center, tracing patterns in the dirt with the toe of my pump, a queasiness overtook me. I lit a clove, dragged and dragged and exhaled. My smoked breath filled the Can, clouding the windows, making me invisible to the passing world.

“Dangerous,” I repeated, though what I really meant was “Goodbye.” 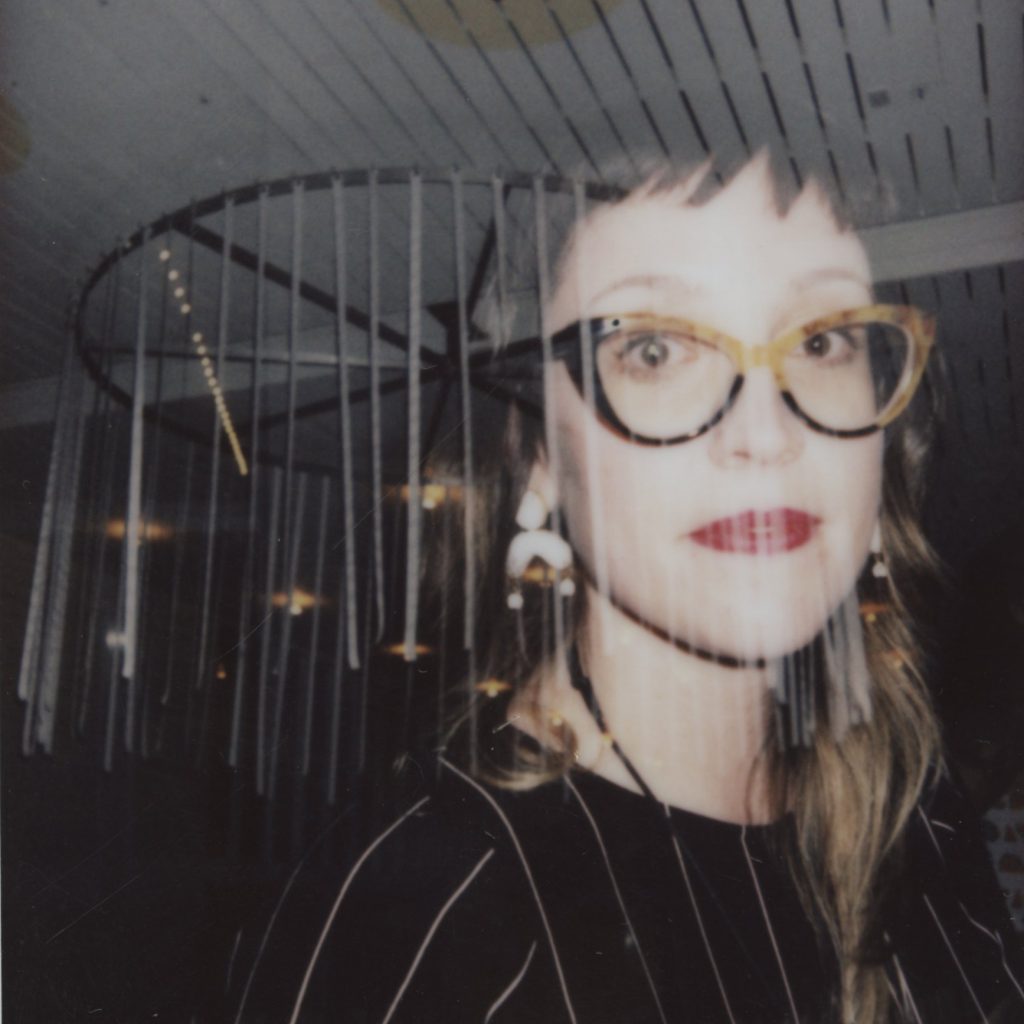 Kate Garklavs lives in Portland, OR. Her work has appeared in Journal, Tammy, and The Airgonaut, among other places. She earned her MFA at the University of Massachusetts Amherst, and her first chapbook (Diffusely Yours) is forthcoming in August 2018.