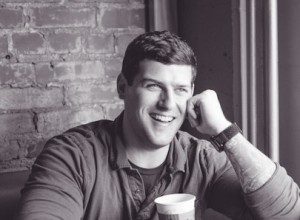 Matt Young’s story “The Life Cycle of the Magicicada” appears in Midwestern Gothic Issue 9, out now.

How long have you been writing?
I’ve been writing for about ten years, but have started writing seriously in past four.

What’s your connection to the Midwest?
I moved to Fort Wayne, Indiana, from Connecticut when I was seven. I did the bulk of my growing up in the Midwest.

How has the Midwest influenced your writing?
The Midwest has helped me formulate my style, the landscapes, the people. It’s helped me to define myself as well as my writing, since taking up a nomadic life and moving around for the past eight years.

Why do you believe there has never really been a regionalist push for Midwestern writing in the past like there has with the South or even the West Coast?
Think of the size of the place. Try and describe the Midwest to an Oregonian or a Californian. You tell some one you’re from Indiana, and they say, “Oh, the East Coast?” It’s just such a huge place, vast expanses, varying people, dialects. I think it’s hard to make a regionalist push in an area that’s at once lumped together as similar, but at the same time completely distinct.

Favorite book?
This has to be every writer’s least favorite question. If there was a gun to my head I might say Tobias Wolff’s In Pharaoh’s Army, but that has the potential to change with what I’m reading at any given time. I’m a book bandwagon jumper.

If you could have coffee (or tea or a beer) with any literary figure, alive or dead, who would it be?
Boilermakers with Hemingway’s ghost.

Where can we find more information about you?
I’m sure there are pictures and information about me out there somewhere that I don’t know about, but I don’t have a website. I have a Facebook page and a LinkedIn account, both of which I check fairly often, feel free to contact me