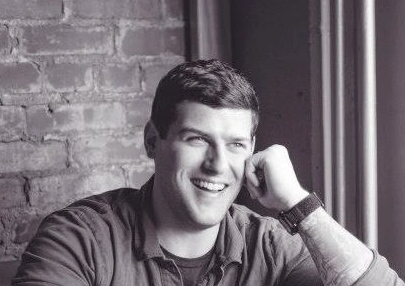 How long have you been writing?
I’ve been writing fiction with the hopes of it leading to some kind of profession for about five years.

What’s your connection to the Midwest?
The bulk of my adolescence was spent in the Midwest. My family moved from Connecticut to Indiana when I was seven, when I was eighteen I left, now I’m in Ohio for grad school. The Midwest is inescapable.

How has the Midwest influenced your writing?
Like any other place it makes its mark on the people who live there—maybe writers more than most. It’s diverse and feels (ironically) much rounder than other places I’ve lived. It helped me define myself while living on the West Coast, and in turn has influenced my characters and settings and just about every other aspect of my writing.

Why do you believe there has never really been a regionalist push for Midwestern writing in the past like there has with the South or even the West Coast?
The Midwest has a bit of chip on its shoulder, there’s a feeling like it’s been pegged as the Dark Ages of the United States against the Enlightenment that is the Coasts, but there are a hell of a lot of writers from the Midwest, and it’s home to quite a few of the most sought after MFA programs. A lot of us leave, maybe that’s the issue. We leave, and then it feels like there’s a hole where the writers used to be. Then again, ask any two people to define where the Midwest is and you’ll probably get different answers, even from those who live there. So maybe it’s a lack of a centralized coordinated movement?

How do you feel about social media to promote your writing, and do you use it?
Social media can open up a lot of avenues, but I’m not savvy enough to use it professionally. I promote myself, but mainly to my small group of family and friends so they know I’m not just watching bad daytime television all day long.

If you could have coffee (or tea or a beer) with any literary figure, alive or dead, who would it be?
I wouldn’t mind having a couple beers with Cormac McCarthy.

Where can we find more information about you?
Like I said, I’m bad as self-promotion via social media, but I do have a Twitter account I never use, @mattyoung0, and I also have a private Facebook page. I’m currently a grad student at Miami University in Ohio and I suppose you could probably find something out about me at the English Department website as well.