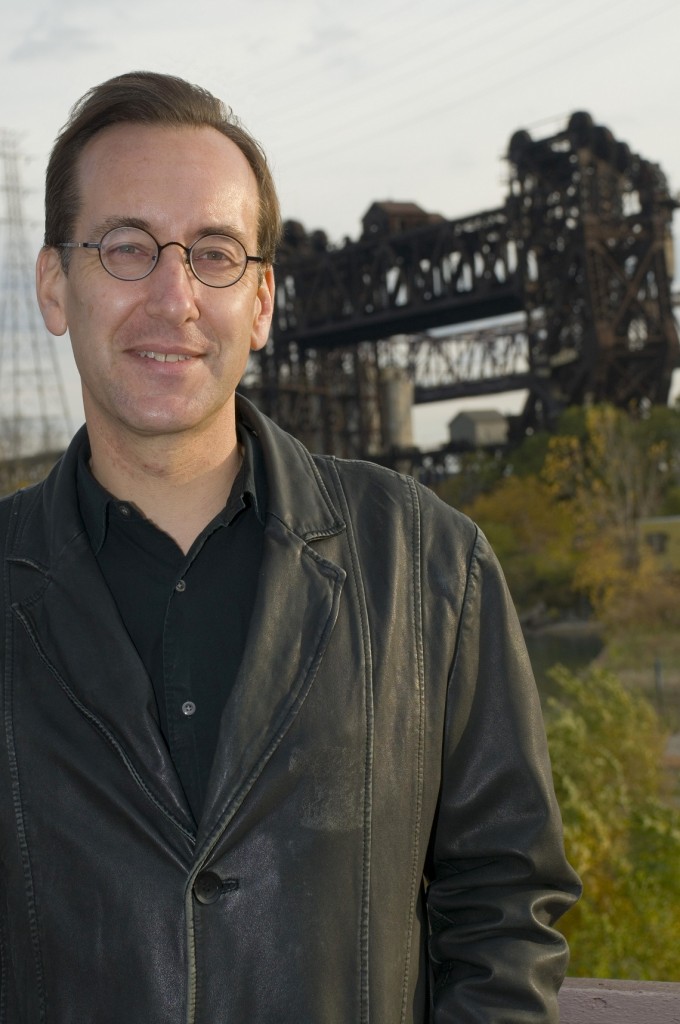 Midwestern Gothic staffer Kelly Nhan talked with author and journalist Edward McClelland about his influences, the decline of the Rust Belt, his experiences as a young reporter, and more.

Kelly Nhan: What’s your connection to the Midwest?

Ted McClelland: I was born and raised in Lansing, Mich., attended the University of Michigan and Michigan State University, and live in Chicago.

KN: Your most recent book, Nothin’ But Blue Skies, discusses the decline of Rust Belt industry and labor, although a work of nonfiction, has been described by some reviewers as almost poetic in its storytelling through the inclusion of the voices of those this decline affects. What was the process behind gathering these stories across such a diverse and large region?

TM: I often say I spent 20 years writing Nothin’ but Blue Skies. Many of the stories were gathered during my experience as a young reporter. My ride-along with the drug dealer in Lansing was the subject of the first magazine story I ever published, which appeared in Z and Utne Reader when I was 23. The labor dispute in Decatur, Illinois, was something I witnessed when I worked for the local newspaper, the Herald & Review. I wrote about the aldermanic election in the 10th Ward for the Chicago Reader. One reviewer thought the book had a “patchwork quality.” Perhaps this is why.

KN: While writing, how did you decide which stories to tell out of those you gathered across the region for the book?

TM: I tried to cover as many cities as possible, including some that aren’t though of as part of the Rust Belt, such as Decatur and Syracuse. I tried to identify a story arc for each city. When I went to Pittsburgh, for example, I quickly figured that the suburb of Homestead, which lost its U.S. Steel plant in the 1980s, went bankrupt, and replaced the plant with a mall, encapsulated the entire history of the Monongohela Valley, and indeed, the Rust Belt. Detroit, the Big Apple of the Rust Belt, was too big a topic for the space I could give it, so I concentrated on one neighborhood: the area surrounding Chene Street, just south of the Poletown plant. I did the same for Chicago, focusing on the steel-making Southeast Side.

KN: Part of our mission at Midwestern Gothic is to expose the great writing that comes from the Midwest, which is so often characterized as the “flyover states.” Why do you think the region has been overlooked?

TM: Interestingly, the Midwest got more literary attention 100 years ago than it does now. Some of the giants of that era—Willa Cather, Theodore Dreiser, Carl Sandburg, Sinclair Lewis, F. Scott Fitzgerald, Sherwood Anderson, Edgar Lee Masters, Booth Tarkington—were Midwesterners, and wrote primarily about the Midwest. Chicago was the place to go to write a social realist novel. That’s what Upton Sinclair did in The Jungle. It wasn’t “the flyover” then, because there was no commercial air travel. If you wanted to cross the country, you had to see the Midwest. Maybe that’s why we got more attention then.

KN: Can you explain your thinking behind the title Nothin’ Blue Skies? 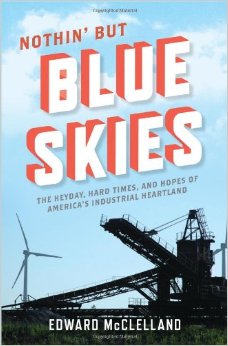 TM: Obviously, I stole the title from Irving Berlin, but it was inspired by a comment of a resident of South Chicago, who told me that after U.S. Steel closed, “I looked up and saw a blue sky, and thought it was the end of the world.” I intended it to have a double meaning. A blue sky is also a clean slate, an opportunity to create a new way of urban living. And, of course, it’s ironic, because it suggests optimism about factory closings.

KN: Who are some journalists or writers that have influenced your own work or style?

KN: What, if anything, do you think characterizes the Rust Belt when compared to the Midwest as an entire region?

TM: Industry. The Midwest has a popular image as agricultural and pastoral. The Rust Belt is anything but. It happened to lie between the nation’s ore supplies (in Minnesota and the Upper Peninsula) and its coal supplies (in Appalachia) and have the water transportation networks to bring the two together.

KN: What’s next for you?

TM: I’m going to study for a master’s degree in history, so I can tell older Midwestern stories.

Edward McClelland was born in Lansing, Mich., in 1967. Like so many Michiganders of his generation, he now lives in Chicago, Illinois. His book, Nothin’ But Blue Skies: The Heyday, Hard Times and Hopes of America’s Industrial Heartland, was inspired by seeing the Fisher Body plant across the street from his old high school torn down. After getting his start in journalism at the Lansing State Journal, he later worked as a staff writer for the Chicago Reader. His book The Third Coast: Sailors, Strippers, Fishermen, Folksingers, Long-Haired Ojibway Painters and God-Save-the-Queen Monarchists of the Great Lakes won the 2008 Great Lakes Book Award in General Nonfiction. Ted’s writing has also appeared in The New York Times, Los Angeles Times, Guardian, Columbia Journalism Review, Salon, Slate, and The Nation.