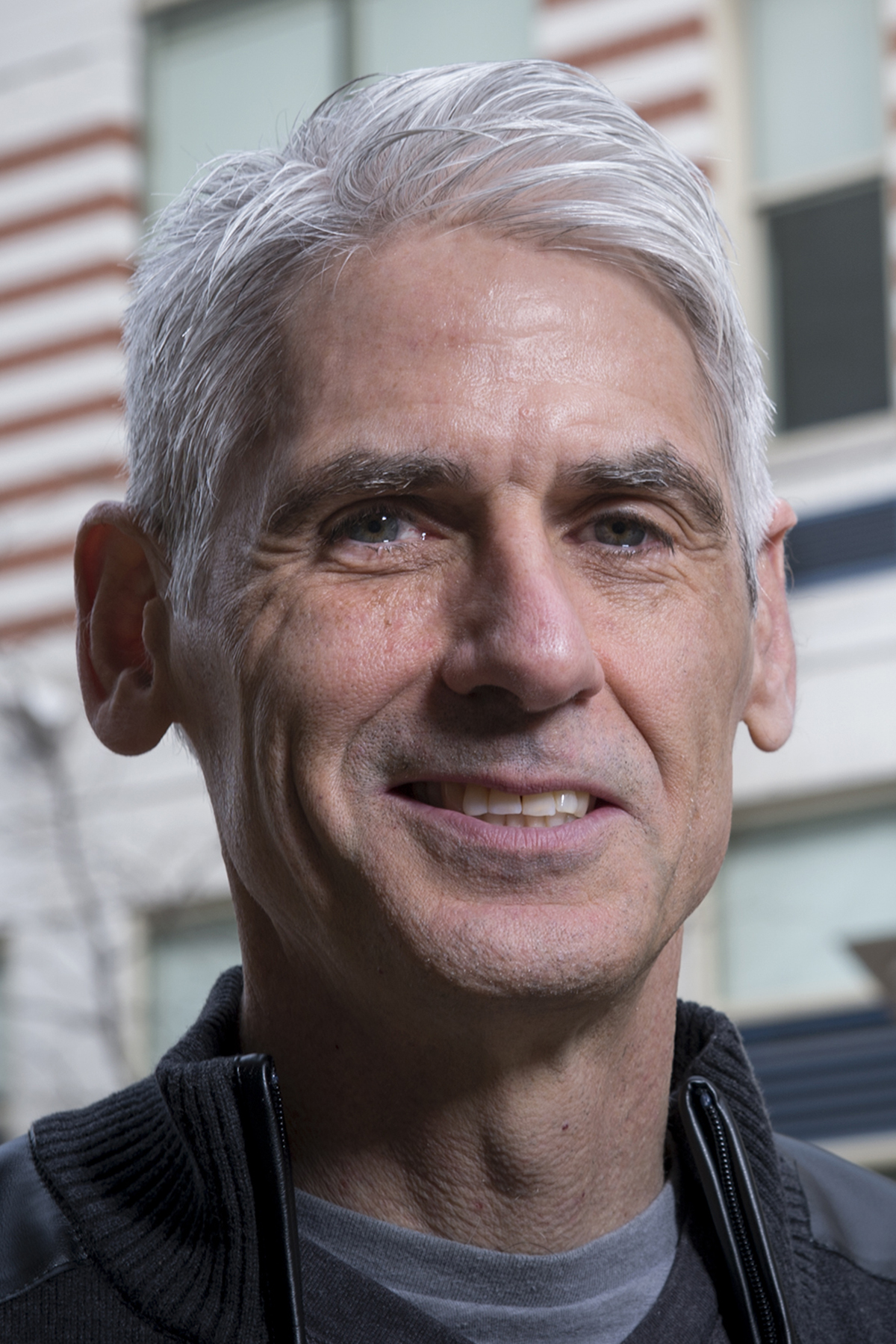 Midwestern Gothic staffer Jamie Monville talked with author, poet and screenwriter Jim Daniels about working in different genres,  the relationship between Detroit and the rest of Michigan, collaborating with other artists, and more.

Jim Daniels: I was born in Detroit and lived in Michigan until I went to grad school in Bowling Green, Ohio, and from there I moved to Pittsburgh, where I have lived ever since, so I’ve lived in the Midwest all my life. Some may disagree, but I believe Pittsburgh is the eastern edge of the Midwest. We’re certainly not east coast.

JM: Both Detroit, where you were born, and Pittsburgh, where you have lived for many years, have a similar story of their main industry failing and a strong will to rebuild, which Pittsburgh found a way to do fairly successfully and Detroit is still working on. Being from both places, how do you view the similarities? What do you believe makes the two cities distinct?

JD: definitely true that I felt at home in Pittsburgh rather quickly. Of course, you can’t generalize about an entire population, but I do feel that Detroiters and Pittsburghers tend to be pretty straight and direct—they tell you what they think—everything’s up front, and I like that. Pittsburgh is much more compact than Detroit, which is one of the reasons it was able to recover from the decline of the steel industry. The neighborhoods here are still intact, whereas in Detroit, many neighborhoods are simply gone.

JM: Eight Mile High is the third of your short story collections that focuses specifically on Detroit. What is it about Detroit that inspires you to write a short story as opposed to a poem or a screenplay?

JD: A lot of my poetry focuses on Detroit too—while I write about many other subjects, I keep coming back to the Detroit area in all genres. It’s not so much that I keep coming back, but I keep getting pulled back. I think my writing about Detroit is a way of trying to figure out the answer to that question. In Eight Mile High, I decided to zoom in further on a very specific location, a working-class suburb on the edge of the city. Eight Mile Road, made famous by Eminem’s film, Eight Mile, carries a lot of symbolic significance in the Detroit area. While in the other collections, I might have been blurring the line between Detroit and the suburbs, here I wanted to highlight that line. I carry that place around with me—so even when I’m writing about Pittsburgh, I’m still writing about Detroit. Since Detroit is only a few hours’ drive from Pittsburgh and I still have a lot of family and friends there, I get back often, so it is still an active part of my present life as well.

JM: You started your career primarily publishing poetry collections, and since 2003 have consistently come out with short story collections every three to four years—like Detroit Tales in 2003, Mr. Pleasant in 2007, Trigger Man: More Tales of the Motor City in 2011, and Eight Mile High in 2014. In addition, you have release a poetry collection almost every year—like All of the Above in 2011, Birth Marks in 2013—as well as the occasional screenplay. Why do you think that your writing has followed this specific trend?

JD: I tend to write a lot, and it’s fun and stimulating to shift gears into totally different forms with their own challenges and techniques. Writing fiction allows me to challenge myself in a different genre while continuing to find outlets for my work. I probably read more fiction than poetry, so it’s always been a part of me as a writer, but I’ve enjoyed focusing on it more since 2000, writing more extensive, complex narratives ( I don’t think I have a novel in me—not that extensive). I love the short story and what I can do with dialogue and character that I can’t do in poetry.

As I’ve gotten older, the challenge of trying new forms and changing things up has been very stimulating. I’ve enjoyed collaborating with other artists in both the films and the work I’ve done with the photographer Charlee Brodsky, pairing my poems with her photos in the books Street and From Milltown to Malltown. Charlee and I are working on two new collaborations, “Trace” and “The Rocks.” Her subject is often urban landscapes and people, just like me, so we work well together.

I am also collaborating with my filmmaking partner, the director John Rice, on a new film, The End of Blessings. We’re in post-production on that. I find the collaborative process very stimulating so that when I go back in my tiny room alone to write I feel rejuvenated through working with others.

JM: How do you see your story collections in conversation with each other as well as contemporary literature about the state of Michigan and Detroit specifically?

JD: Last year, I wrote the introduction to a great anthology of poems about Michigan, Poetry in Michigan, Michigan in Poetry, edited by Jack Ridl and Bill Olsen, and reading those poems reminded me of all the rich poetry that uses Michigan as a setting. I certainly want to be part of that “conversation”—I was thrilled that my last book of poems, Birth Marks, was selected as a Michigan Notable Book last year. The relationship between Detroit and the rest of the state is very complicated, and I like the tension and energy that creates. I’ve written about how some Detroiters mythologize the idea of getting a place “Up North.” You’ve got all this incredible natural beauty up north in contrast with the grit of the city.

In terms of my story collections, it’s hard for me to articulate how they are different from each other, beyond the zoom on Eight Mile in the new book. I think there’s a tension between leaving and staying put that shows up from book to book.

JD: In both cases, the choice of stories to adapt into screenplays came from the directors of the films. One thing that’s been great about Pittsburgh is the outstanding arts community. Because Pittsburgh is a lot smaller than most people think (we continue to lose population, just not at the same rate as Detroit), you get to know people in the other arts and most of them are more than willing to collaborate on projects. Tony Buba, who directed No Pets, and John Rice, who directed the other films, have both become good friends. They each read the stories and suggested that I try and turn them into screenplays. I write and produce the films, and—since we basically are making no-budget films—participate in everything from casting to editing to making sure cast and crew get fed. The directors have the visual sense of what stories might make an interesting film, so I tend to trust them on that.

The big challenge—and I’m always looking for challenges—is to translate the story to script without being able to say what anyone is thinking. In fiction, I do that all the time, but on screen, there are no thought bubbles. And I have to rely and trust the director, the cast, the crew, etc., to help make the internal external.

JM: What is your process to figure out in which genre you want write the story you’re trying to tell?

JD: I guess I don’t exactly have a process—it ends up being instinctual at first. I just start writing and see how things start to fall. Though dialogue ends up being an important factor in the decision. If I find myself writing a lot of dialogue, that’s probably going to be a short story rather than a poem. And if there are a couple of central characters of relative equal importance, that might lead to a story too.

JD: I think I mentioned the new collaborations with Charlee Brodsky. We’re starting to publish that work in journals and are working on a gallery show for next year, and we should be done editing the new film within the next few months, then, of course, new poems and stories. Keeping busy. Always keeping busy.

**
Jim Daniels’ fourteenth book of poems, Birth Marks, was published by BOA Editions in 2013 and was selected as a Michigan Notable Book, winner of the Milton Kessler Poetry Book Award, and received the Gold Medal in Poetry in the Independent Publisher Book Awards. His fifth book of short fiction, Eight Mile High, was published by Michigan State University Press in 2014. Other recent books include Trigger Man: More Tales of the Motor City, fiction, (Winner, Midwest Book Award), Having a Little Talk with Capital P Poetry, (Poetry Gold Medal, Independent Publisher Book Awards), and All of the Above, all published in 2011. In 2010, he wrote and produced the independent film Mr. Pleasant, his third produced screenplay, which appeared in a number of film festivals across the country, and From Milltown to Malltown (a collaborative book with photographs of Homestead, PA, by Charlee Brodsky), was published. His poems have been featured on Garrison Keillor’s Writer’s Almanac, in Billy Collins’ Poetry 180 anthologies, and Ted Kooser’s American Life in Poetry series. His poem “Factory Love” is displayed on the roof of a race car. He has received the Brittingham Prize for Poetry, the Tillie Olsen Prize, the Blue Lynx Poetry Prize, two fellowships from the National Endowment for the Arts, and two from the Pennsylvania Council on the Arts. His poems have appeared in the Pushcart Prize and Best American Poetry anthologies. A native of Detroit, Daniels is the Thomas Stockham University Professor of English at Carnegie Mellon University. He lives in Pittsburgh with his family.