Beyond the Lake Prize: “Our Lady of Cleveland” by Brian Petkash

We asked the winners of the 2014 Lake Prize (featured in Issue 16) about their work and the inspiration behind their stories. Read about all of the fiction finalists, and the poetry finalists here.

Midwestern Gothic: Your piece explores work in a way that the general population doesn’t typically experience – every day at your character’s job is life and death, in a way. What drew you to telling a story about this profession, and are there any parallels to work without the same stakes?

Brian Petkash: A specific inspiration or attraction to a work can be fairly loose. This one started with wanting to tell a Cleveland-centric story, but it wasn’t this one. This story happened somewhat accidentally.

I was working on an (as-yet-unpublished) novella set in a rather rundown yet richly historical part of the city, The Stockyards. I researched. I walked the streets. And as I researched and walked the streets, witnessed the skeletons of these old—but at one time beautiful—brick buildings that housed so much industry, so much humanity, so much death, story ideas appeared in front of me. Throw in a few pictures of runaway cattle I found while researching at the downtown library, a story my father told me of his childhood field trip to a Cleveland slaughterhouse and seeing the whole process from beginning to end, the World Series collapse of the Indians, and a Stockyard knocker, and the potential pulled me away from the novella. The story developed as I wrote it, a confluence of these ideas and the necessary act of sitting my ass in the chair and writing.

As for the character’s profession, I admire the blue-collar workingman’s attitude of Cleveland (and a lot of the Midwest), and that particular job in that particular industry was as blue-collar workingman as it could get. But I also wanted an industry that more or less died, that left little behind of its presence, and whose inevitable absence partially signaled a larger movement for the city as a whole. At one point, in the 1920s, say, Cleveland’s prosperity placed it as one of the nation’s largest cities. But by the ’60s, ’70s and ’80s there was an undeserved shift for such a grand city. (Well, when your river catches fire, among other things, perhaps it’s somewhat deserved.) Cleveland wasn’t alone; other Midwest cites felt similar economic and social shifts. (On the plus side, Cleveland’s more and more a city shifting toward revitalization, and I love that.)

I wanted the story to capture that movement, that shift, on a number of levels. I hope, even if only in a small way, the story captured that. 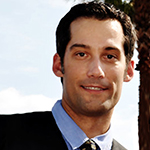 Brian Petkash was born and raised in his beloved Cleveland, Ohio, a focal point of many of his writings. He’s a graduate from the University of Tampa with an MFA in creative writing. Currently living in Tampa, Florida, and working as both a marketing professional and a teacher of high school literature and creative writing, Brian’s work has appeared or is forthcoming in El Portal and Southword.