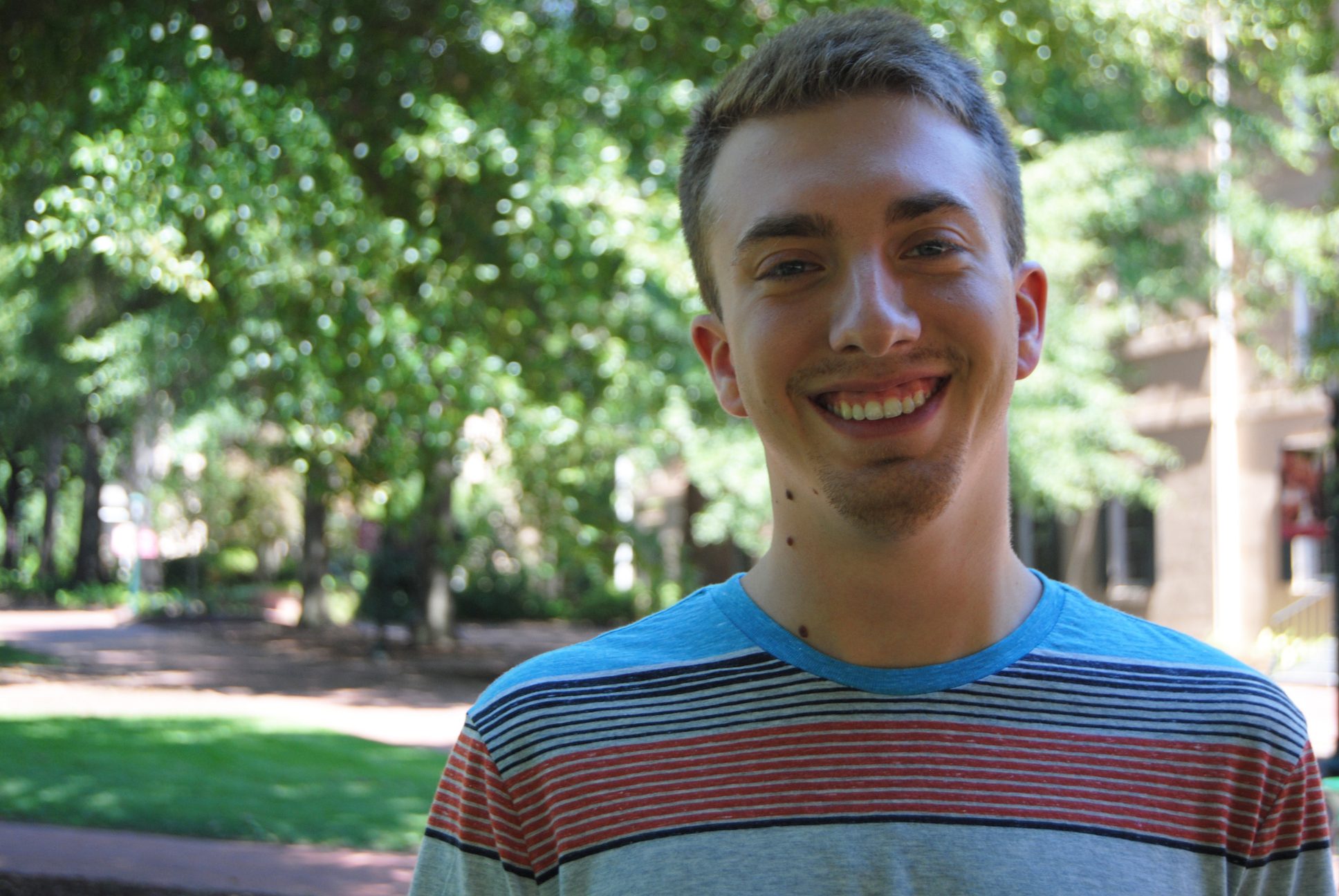 How long have you been writing?
I started writing sporadically—both poetry and fiction—after taking my first undergraduate creative writing class in the spring of 2011, but it was mostly a hobby until early 2012. That’s the year I started taking it more seriously, writing more regularly, thinking of myself as a writer and not just someone who wrote. I’m still young, but I’ve always felt like I got a later start than I should have, and I’ve always been plagued by the frantic feeling that I need to catch up. That feeling has been, on the whole, more helpful than harmful—probably a good thing since I’m beginning to realize it might never go away.

What’s your connection to the Midwest?
I was born and raised in a suburb of Detroit and did my undergrad at a small public university in mid-Michigan. When I was growing up, my family split our time between the downstate suburbs and rural northern Michigan, where my father was building a house near where my mother grew up. I’m out of state—and region—now, but I still have family in both Metro Detroit and northern Michigan. I visit once or twice per year, and think of the Midwest much more often.

How has the Midwest influenced your writing?
To be honest, this is a question I’m still figuring out, having only moved from the region for the first time a year and a half ago. If nothing else, I’ve discovered that the settings of my childhood have directly fed my interest in decay. Decay of cities, decay of beaches, decay of peace and purity, of relationships, of “natural” landscapes and city streets. It’s interesting: in rural northern Michigan—the “pure” in “Pure Michigan”—we seem to define decay as the introduction of the urban, of commercialism and tourism, rich city folk forcing their way in and “ruining” the view. In Detroit, though, decay is marked by the rise of the natural world—outsiders are obsessed with “ruin porn,” the many city blocks that are abandoned and reclaimed by nature.

Of course, decay isn’t inherently Midwestern—it is also Western and Eastern and especially Southern—but there does seem to be a type of decay endemic to formerly prosperous Midwestern cities like Detroit or Saginaw, or to tiny northern Michigan towns like Levering or Pellston. My work often features characters dealing with the effects of that decay, or characters that are privileged enough not to have to.

Why do you believe there has never really been a regionalist push for Midwestern writing in the past like there has with the South or even the West Coast?
Well, I don’t know. I’m really the wrong guy to ask. But if I’m going to take a stab at the question, I guess I’d say that the Midwest has a (mostly wrong) reputation for being boring—starting, of course, with landscape—and I think that bias comes into play with writing, especially when people consider which settings are “interesting” and which are not. As someone who spent his first twenty-three years in the Midwest, I can certainly understand the sex appeal of oceans and mountains and Redwoods and swamps. I wonder: are people in the rest of the country equally as fascinated by cornfields and lakes? Probably not.

Of course, the Midwest is as beautiful and complicated as any other region, and there’s no shortage of writers who do it justice. Still, stereotypes prevail. We link landscape to the stock characters who, we’ve been taught, inhabit them: racist hillbillies in the South, cowboys and surfer bros out West. In the Midwest: stoic bearded men shoveling snow. Yawn.

How do you feel about social media to promote your writing, and do you use it?
I use social media more to discover and connect with other writers, but yes, I do link my stories on Facebook and Twitter and Tumblr, and it is nice to hear feedback there. I keep an eye out for lots of other writers’ publications, too—social media is the main way I discover new work.

Favorite book?
Since this is an impossible question, I assume you won’t mind if I cop out by listing a bunch of books instead of just one:

Sherman Alexie’s The Lone Ranger and Tonto Fistfight in Heaven was the book that made me want to be a writer. Jennifer Egan’s A Visit from the Goon Squad is the one book I come back to more than any other, each time for something new. Susan Steinberg’s Spectacle and Donald Ray Pollack’s Knockemstiff (speaking of the Midwest) are two somewhat recent collections that completely rocked the way I think about fiction. Donald Barthleme’s Sixty Stories is a not-so-recent collection that completely rocked the way I think about fiction. Jack Kerouac’s On the Road and Joseph Heller’s Catch-22 are the classics I love best. Jamaal May’s Hum, Sam Amadon’s The Hartford Book and Zachary Schomburg’s The Book of Joshua hold the poems I read to rediscover the many possibilities of language. And Eula Biss’s Notes from No Man’s Land is packed with so much truth, it hurts. She teaches the right way to ask questions.

If you could have coffee (or tea or a beer) with any literary figure, alive or dead, who would it be?
Donald Barthelme, without a doubt. It wouldn’t be much of a conversation, though. I’d just buy him a beer and listen to him talk.

Where can we find more information about you?
I tweet about writing and fantasy football @JJBrouckaert. I also keep a list of my publications over at justinbrouckaert.tumblr.com.