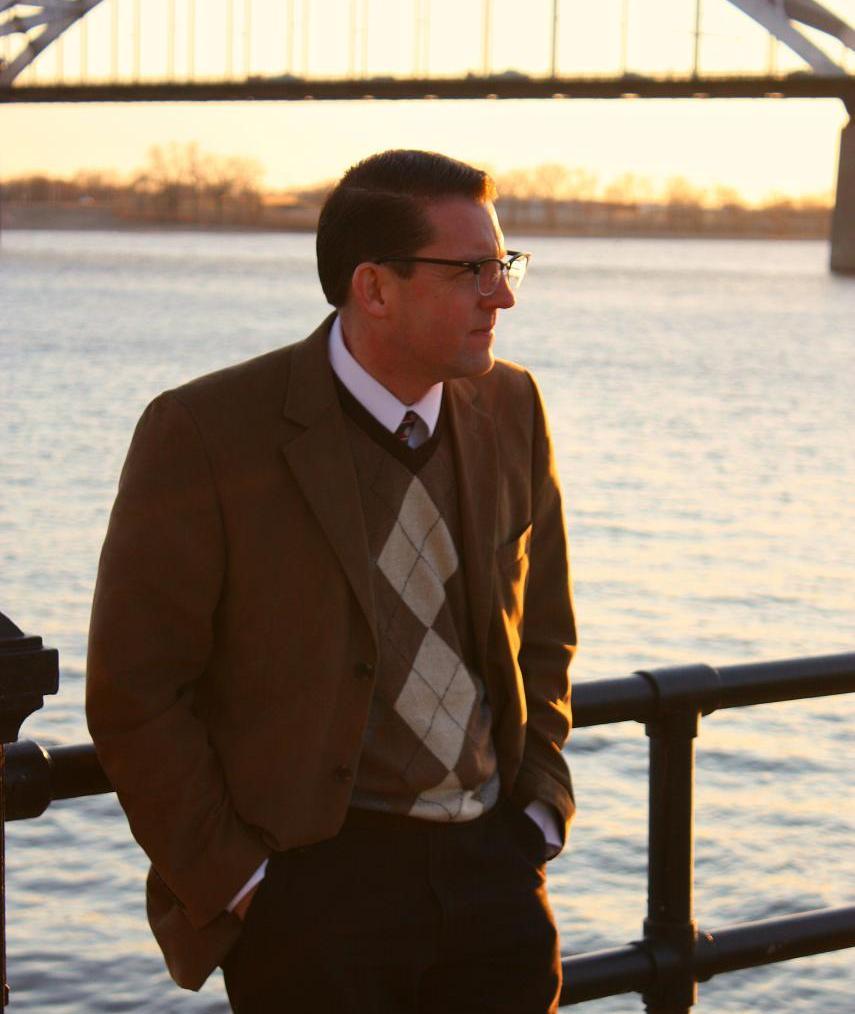 Midwestern Gothic staffer Michelle Torby talked with author Tom Janikowski about his new novel The Crawford County Sketchbook, the parallels of the South and Midwest, vignettes, and more.

Michelle Torby: What’s your connection to the Midwest?

Tom Janikowski: I have lived in the Midwest all of my life–all of about 47 years, with the exception of 15 months in Upstate New York. I was born and raised on the south side of Milwaukee, and lived in Wisconsin until I was in my early thirties. In 2003 I moved to Western Illinois, and four years ago moved to the Quad Cities, where I live now–Davenport, Iowa. Davenport is the center of the known universe, may I add.

MT: You make heavy use of surrealism in your upcoming novel, The Crawford County Sketchbook.  Have any of your experiences in the Midwest contributed to this writing style?

TJ: Perhaps it was the long winter nights in Wisconsin, or perhaps the endless, endless, endless corn fields of Western Illinois. Something certainly has propelled me into a surrealistic view of things, but it may have been some of the reading, music and art that I enjoy. I think maybe the openness of where I have lived has made me a bit introspective, and the next thing you know a prairie is able to be seen in the mind’s eye as the open ocean and snow drifts become sand dunes in the desert. 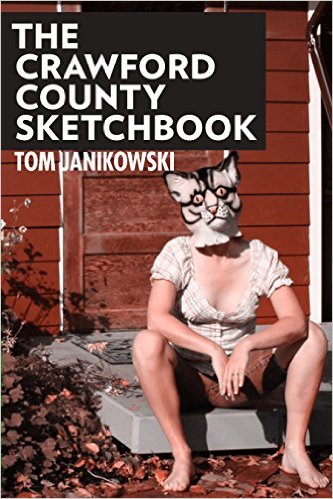 TJ: Absolutely. Although much of the setting drew upon particular places in the south, some of the geography was drawn from Western Illinois. The town of Haverland in the novel is built on Knoxville, Illinois, and Pole Creek is Maquon, Illinois. Cotton City is a hybrid somewhere between Peoria, Illinois and Memphis, Tennessee. Many of the vignettes were built on actual life on the prairie–farms, small towns, and country roads.

MT: What is one thing you wish someone had told you about writing before you began your career?

TJ: Everything I think I ever needed to be told about writing I was told a long time ago–when I was only about five or six my dad began telling me “you can do anything you set your mind to,” and my mother said “you’ll never be a writer.” I’ll let my readers decide who was right.

MT: You’ve expressed that you are influenced by William Faulkner, F. Scott Fitzgerald, and Ernest Hemingway.  What about their works inspires you?

TJ: The first thing that inspires me about them is the one thing that they all share–their generation. The “Lost Generation” (born 1883-1900?) has been compared by many to my own generation – “Generation X” (born 1961-1978?), and in some ways I think I see a similar world view between our generations, despite the great differences. When I read lost generation authors, I feel, sometimes, as though I am reading incredibly familiar work, familiar themes, familiar points of view. In the individual authors, I love Faulkner’s mastery of the language, his stream of consciousness narrative, and the way you can get inside the heads of his characters. With Hemingway, I thrill in his bold, concise imagery. And with Fitzgerald, whose short stories I like more than his longer works, I like his storytelling. His short works can keep me spellbound for hours.

MT: In The Crawford County Sketchbook, the histories of the Switchback and Morgan families are revealed in a series of short stories told by various characters.  What drew you to this anecdotal method of plot development?

TJ: I like episodic writing or short vignettes, I think, because that is how I feel our perception of reality works. When I relate to somebody else what I did on a vacation, for instance, I tend to tell short little vignettes–I think we all do this. “On Tuesday we went to Gdansk, and I had the creamiest herring I have ever had. The vodka that chased it down was cold like a mountain stream,” and then “last week I had some of the strangest banana vodka, and then Wakeland poured some coconut juice into it. I thought my head was going to explode.” You know how this goes, I think. My writing just sometimes comes out the same way my brain remembers things.

MT: Your flash fiction blog, A Martini and a Pen, served as an inspiration for your fiction anthology of the same name.  When first starting on a project, do you focus on small vignettes, such as those in A Martini and a Pen, or do you attempt to gain a broader sense of your work as a whole?

TJ: Since writing The Crawford County Sketchbook, I have written four more novels, and they are all more or less “traditionally” structured. That is, longer stretches of narrative and dialogue without the small episodes. I just write whatever needs to be written to get out the story that I’m trying to get out. Several things that I have written have grown out of short stories, and some went straight from the first page to the last in a somewhat pre-planned route, although I made room for surprises along the way. It was Kurt Vonnegut who said something like “in writing we are continually jumping off cliffs and growing our wings on the way down.”

TJ: My agent just recently retired and I am desperately seeking out another, as I now have something of a glut of books I would like to find homes for! Aside from that, I just keep writing as much as I can. I try to spend a portion of my time writing poetry, and that is also a great love of mine. I have self-published several books, including a volume of poetry, and I think I might like to get a book of poetry published some day. We’ll see what happens. I’ll always remember what by dad told me, and I’ll just keep jumping off cliffs.

Tom Janikowski was born in 1968 in Cudahy, Wisconsin, the grandson of Kashubian immigrants who left Poland in the late nineteenth and early twentieth centuries. Janikowski studied English and philosophy at the University of Wisconsin – Milwaukee and eventually at the University of Wisconsin – Stevens Point, where he studied fiction under author Larry Watson (Let Him Go, Montana 1948, Orchard) and poetry under William L.M.H. Clark. Graduating in 1994 with a philosophy degree, Janikowski’s professional writing for a long time consisted of strictly non-fiction endeavors, including book reviews for GP Light, the English supplement to Gwiazda Polarna – the nation’s largest Polish-language newspaper.