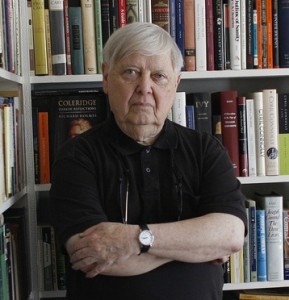 Hannah Bates: What’s your connection to the Midwest?

William H. Gass: My parents came to Warren, Ohio from the Dakotas when I was an infant, and I grew up there. My father, trained as an architect, and a professional baseball player, taught in the High School. We frequently returned to Devil’s Lake in the summer and I learned to enjoy life in the small town, Larimore.

HB: Your most recent work, Eyes: Novellas and Stories, contains a story called “Soliloquy for a Chair” in which a folding chair is the narrator. Where does your narrative inspiration come from? What’s the most unique perspective you’ve ever created?

WHG: I prefer trying out new things rather than the pleasures of tradional works. I am not against regular narrative just a bit bored by it. Common becomes commonplace. I remember that Woolf wrote Orlando and Flush and Jack Hawkes’ Frog. I am also interested in the musical and painterly qualities of prose. My father was an architect (not a good one) as I said and my wife is also an architect (gifted). “The Soliloquy for a Chair” or “Don’t Even Try, Sam” – the point of view of a piano that can’t play – in Casablanca – are the most radical. 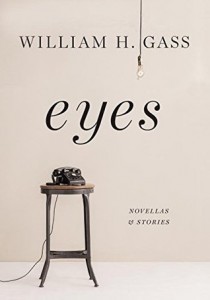 HB: In 1990, you founded the International Writers Center at Washington University in St. Louis and directed the center for the next 10 years. Why was this important to you? Did you learn anything about writing/writers during this time?

WHG: I thought the university should participate by learning languages and enlarging views from the literature of other counties and their cultures since we were inevitably going to live in a stew of differences in any case. Translation should be stressed. Our German department was strong and would be helpful. Our group of writers at that time could not be surpassed. The Center invited half a dozen Nobel Prize winners to lecture and read before they became famous, and a lot of others who did worthwhile work, especially in South America and Germany. Most of our invitees’ were smart, agreeable, open, and left wing. I learned that Latin American writers were so much more daring than we Americans were.

HB: A Midwestern steel town in Ohio was the backdrop to an unhappy childhood for you. Are there aspects of the Midwest that inspire you?

WHG: At first I wanted to get away from Warren as soon as possible and as far as I could, and I kept work as free of me and my town as my typewriter would type me. World War II did that. Nevertheless I went to Kenyon College. Good place. Ransom was a fine poet and a tough bridge player. Phil Rice was an important influence. He got me into Cornell, which was at first over my head but finally quite acceptable. I would have to say my education was European rather than Midwestern. Max Black rather than Nabokov whose novels I didn’t then know. Sadly.

HB: How has your work as a literary critic affected the way you write?

WHG: My own work regularly fails my examination. It becomes “art” in itself. Flunk twice – both the criticism and its subject matter – Henry James & Gass on Henry James – the three of us go down in flames.

HB: In a 1976 interview with The Paris Review, you spoke about how “getting even is one great reason for writing” and how you “write because (you) hate.” Do these sentiments still inform your writing, nearly 40 years later?

WHG: I am tired of the world. Every morning a new murder to enjoy. Shall it be pistol or poison? Its liars are no longer amusing. Believers are unfunny clowns. Everybody is guilty in three ways or another. 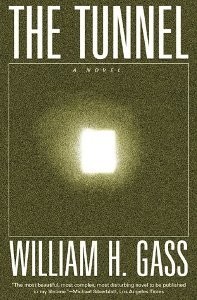 HB: Your novel, The Tunnel, took you 26 years to write. What advice can you offer to other writers who become discouraged about the process in their own writing?

WHG: Write badly, write what editors want, maybe you can get rich. Writing is worth failure though failure will be almost certain. None of us will ever really know. But the odds are against it. If we aren’t always aiming to do our best – well, have a good time.

WHG: I am writing a brief book on Baroque Prose.

William H. Gass is an American novelist, short-story writer, essayist, critic, and former philosophy professor. He has written three novels, three collections of short stories, a collection of novellas, and seven volumes of essays, three of which have won National Book Critics Circle Award prizes and one of which, A Temple of Texts (2006), won the Truman Capote Award for Literary Criticism. His 1995 novel The Tunnel received the American Book Award. His 2013 novel Middle C won the 2015 William Dean Howells Medal.