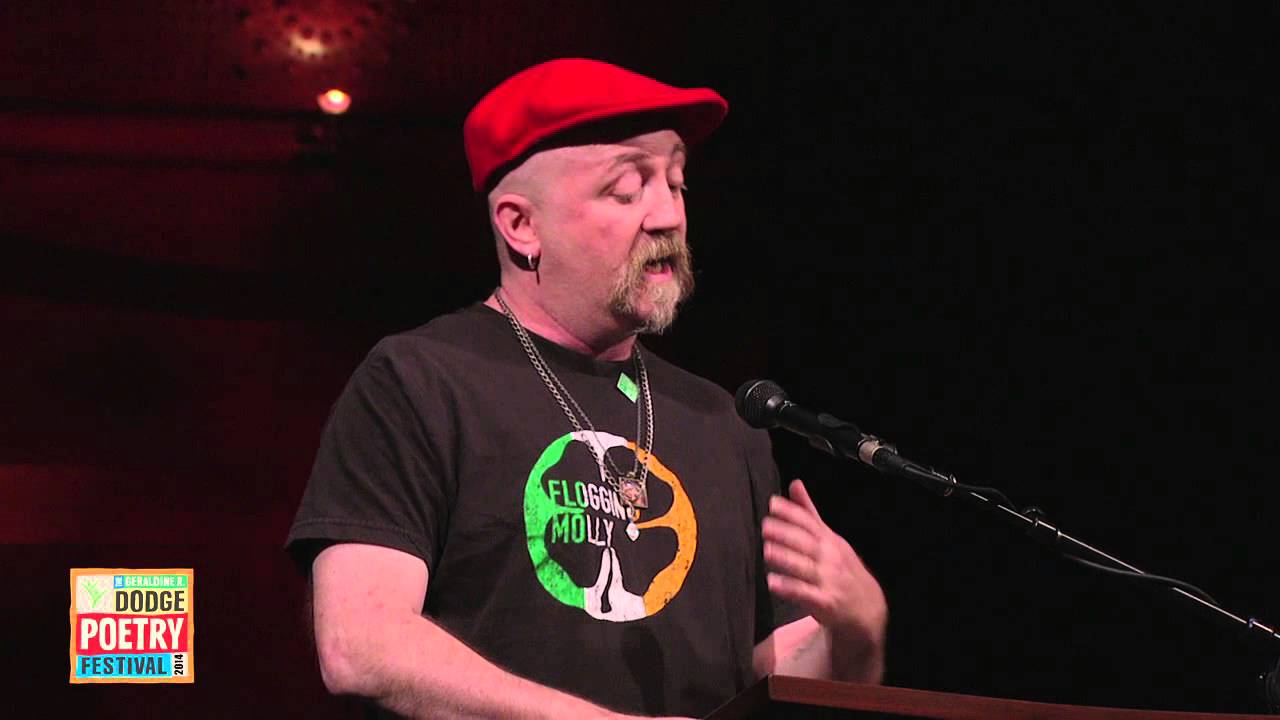 After my early years in Brooklyn NY, I lived in Toledo, Ohio from 1st to 7th grade. In so many ways now I see the world was formed on those post-civil-rights-movement-streets in the 70s. We lived in a very rare, pretty integrated neighborhood called the Old West End. At least on our side of Collingwood Ave. So growing up we had a big motley group of white and black kids, boys and girls, running through the allies, playing kick ball, sand lot baseball, football. It wasn’t all nice. There was plenty of violence too, racialized fights, but we fought through it. Toledo back then was Auto-parts plants, giant glass factories, basketball courts hidden behind Krogers, secret alleys we cut through running from someone, or someone running from us. Years later I returned to Ohio to teach in Cleveland, which in some odd way has always been the spiritual center for much of my poetry. A city of neighborhoods and struggle, small clubs where punk bands dive and swoop, markets where you can still hear the old tongues spoken.

For me the Midwest and my experience of it is defined by the Great Lakes Region, or how I like to call it the Rust Coast. Big sprawling post industrial cities surrounded by corn fields. A sense of winter both loathed and embraced. The frozen lake in winter dotted by ice fisherman. Drive-bys and late night donut shops. Good ribs and gang wars. Old Asian men fishing on the pier and that last metallurgy plant still hanging on by the railroad tracks that will take you straight to the wasted streets of Gary and then Chicago and beyond. Perhaps my true sense of the Midwest are those tracks, always running along something where someone is making something or once made something. Those tracks full of ghosts, and even now someone is hopping a coal car, headed out or back home to somewhere near nowhere.

Since I work rather non-linearly, memories emerge in fragments. The way the smoke curls from the refinery into the sky to make calligraphy, on a winter day years ago, or my friend Ruel laughing and running from those older black kids telling him we are gonna kill you—and I don’t even know why? His silhouette 30 years ago against the dusk sky, or the late-spring snow melting against the glass of the bus stop kiosk, as I waited with a group of head- scarfed women for the Euclid bus. These fragments they follow me, nothing is forgotten forever or erased. Perhaps what emerges if I write fast enough is something near a life.

I write a lot in different times, sentences, images, on slips of paper, whatever is handy, then collage them together. Or I will drive and take notes. Then piece them together. Most of my poems are pieced together in this way. Maybe they are glued with tobacco stained spit? And stained with late night weeping? A few lines of ink scribbled against regret and grief?

Is a poem ever finished? I often wonder. More often I just stop. I always am reminded of when the great Jazz musician John Coltrane asked Miles Davis how to stop his solos, Miles said, “take the damn horn out of your mouth.” But then poems for me are less written and more improvised and found. I have no idea if that makes any sense.

There are so many to name: some contemporary writers of mine have really driven me in the last two years or whose books just arrived, writers like Jeffrey McDaniel, Patrick Rosal and Terrance Hayes whose new books are their best books, the great Cleveland area writers Ra Washington, Phil Metres, Dianne Borsinik and Mary Biddinger of Akron, Roger Bonair Agard who I think is back in Chicago now, young cats Dwayne Reginald Betts and Lisa Faye Coutley, their last books broke up out of slump, Kevin Goodan and Kimberly Burwick (terrific new angular work), January Gil O’Neil’s last book Misery Island was crucial to me, its mix of narrative, social engagement and voice, then of course anything by Carolyn Forche, Patricia Smith, Dorianne Laux, Luisa A Igloria, Tim Seibles. I am probably leaving out 20 more. All the Erie area poets like Monica Igras, Bigg Wash, Cee Williams, and Greg Brown are probably fluttering in my tongue. And of course Martin Espada. Underneath it all is Yannis Ritsos and Etheridge Knight and Lucille Clifton watching over me, shaking their heads. Rita Dove is somewhere too, looking at me, singing Ohio still. The poets who speak to me most have the sense of a political to them, even if implied, and a glorious use of metaphors.

Just keeping alive. Smelling my children’s lullaby hair. Working my day shifts. Fishing off the Erie pier. Banking the nineball off a star.

For the 411 go to seanthomasdoughertypoet.com