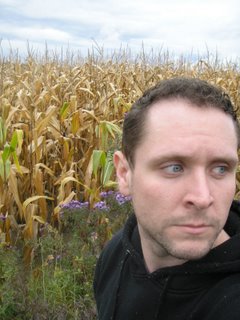 Midwestern Gothic staffer Lauren Stachew talked with author Christopher Barzak about his novel Wonders of the Invisible World, the socioeconomic reality of the Midwest, the importance of reading as a writer and more.

Christopher Barzak: I grew up on my grandfather’s beef farm in northeastern Ohio. In a town of around three thousand people, where everyone knew one another, where my graduating class was around sixty, and where, whenever you happened to look up and notice a plane etching white trails in the sky above, you were reminded that you lived in that broad landscape others dismissively call Flyover Country, it was a quintessential Midwestern upbringing, including 4-H, the semi-crazed fervor of deer hunting season, and Homecoming parades. The works.

LS: You spent a few years abroad teaching English in Japan. How did your perception of the Midwest change once you returned to the U.S.?

CB: While I was living in Japan, after enough time passed for me to be able to look over my shoulder and see how far away from home I was living for a still unknown period of time to come, I began to look homeward to the Midwest and to see the things I hadn’t known I liked about it. Some of the smallness of small town Ohio had qualities that were great comforts to me as a child, even though the more I grew into adolescence and adulthood, the more it grew to feel too tight a fit for who I was becoming. Some qualities of the seeming unchangingness of small towns in the Midwest, though, warm me on the coldest days. Sometimes the tightness of a small community isn’t restrictive so much as embracing. Being able to know and be known in your community is often, especially in literature, viewed as parochialism and inherently limiting to a person’s development into broad-mindedness. That’s not necessarily true, though it can be. Something positive about a small community, though — even maybe even a small community that’s extremely remote — is that you don’t necessarily fall through the cracks and chasms that make up large and anonymous-making environments, which tend to produce narratives about people who, despite living among millions, feel incredibly disconnected and lonely among others.

LS: Your most recent novel, Wonders of the Invisible World, blends a small-town Ohio setting with LGBT topics, magical realism, and the discovery of family secrets. When and how did the origins for this story come about, and how did you manage to weave these ideas together?

CB: I began writing the novel right before I moved to Japan, the summer of 2004. But when I moved to Japan, all I wanted to write about was Japan. So I did that, and put the opening of Wonders of the Invisible World aside for the time being. Two years later, when I was finished with the book I wrote in Japan and back home to see my first novel, One for Sorrow, be published, I looked at the opening material I’d created and immediately wanted to go back to it. The material I had created happens to be a chapter that comes toward the early middle-half of the novel, which is a section that takes places a hundred years prior to the narrator’s contemporary present, in which his great-grandfather in hubristic fashion makes a decision that delivers a curse onto the narrator’s family. To see that family line wither and for the men in it to die untimely deaths, which they do afterwards. Until the narrator, Aidan Lockwood, in the present begins to unravel the threads of the past that have been obscured by other forces, in an attempt to save his family from the eventuality of dying out completely. It was all of about thirty pages that I had to work with, and I discovered more than figured out the magical aspects of the story as I felt my way forward and began to develop the history of the family as well as its present status. In many ways, it can be read as a story that charts the withering of the Midwest itself, and the efforts that so many of us here put into saving it from further reduction. 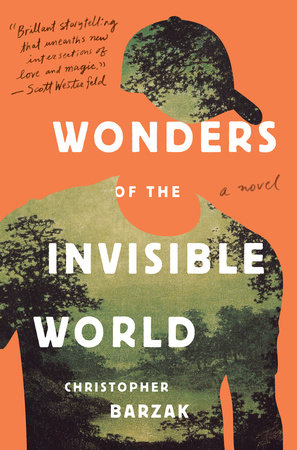 LS: Aidan Lockwood, the main character, describes Temperance, Ohio as “not really the sort of place anyone moves back to,” which, although pessimistic, feels like a very quintessential Midwestern phrase. Why do you think this is such a common trope associated with the Midwest, and how does your personal vision differ from Aidan’s?

CB: I think that’s definitely a phrase that’s associated with living in Midwestern small towns. It does feel pessimistic, but it’s also realistic. In the past people were always leaving the Midwest for life in urban centers elsewhere, but many people also stayed and made families, so there was a sort of balance to that equation. But for decades now, people have been leaving in higher numbers and faster rates, mostly to find work somewhere else, to find a better life. The reduction of the various manufacturing industries across the Midwest has forced this sort of work-based exodus, so that in a place like Youngstown, Ohio, where I live and teach, what had once been a population of 175,000 people is now 65,000. So, despite the phrase “not really the sort of place anyone moves back to” seeming a bit negative, it’s also just a socioeconomic reality to much of the Midwest, though I know some places in the Midwest have fared a little better than others. How does my vision of the Midwest differ from Aidan’s on this particular quote? Even though I am someone who moved back to the region where I grew up, I do think it’s just a fairly neutral observation grounded in the reality of the Midwest’s population loss. Some people do move back, and they have a variety of reasons for doing so, but they’re still more in the minority in that particular way.

LS: Besides novels, you have also written two collections of short stories, Before and Afterlives, and Birds and Birthdays. In your experience, how is the process of writing short stories different from that of a novel, and is there one that you prefer over the other?

CB: The process of writing short stories differs from my process of writing novels mainly in only one way: the length of time it takes to write one or the other. There are, admittedly, other considerations that make the forms different, but the most extreme defining difference for me is the period of time it takes to maintain the kind of intensity of focus required to write both. I don’t know that I prefer one form over the other. They both have different qualities that I enjoy and appreciate, both as a reader and a writer, and that make me love them both (as well as the sorts of forms that exist between the two, like novels-in-stories, which is kind of like having your peanut butter and chocolate together).

LS: How do you feel that your writing has evolved with each new novel? Has your style changed, or do you feel drawn to different ideas that you wouldn’t have previously explored?

CB: Each novel requires something different from me. Each one demands I learn how to write it specifically, with its own unique set of challenges for me to figure out. Those challenges might include figuring out the trick of capturing a particular voice, or in figuring out an unfamiliar story structure or perspective, or maybe in figuring out how to write historical narrative, or some other kind of narrative I’ve not yet had experience with as a writer. So each one has given me an opportunity to acquire and develop new writerly skill sets. When I come to a new book now, I do think I can begin to discover it and develop it at perhaps a somewhat quicker pace than I used to be able to, but I don’t think my style itself has changed, mainly because my style has been to develop a style that suits the story being told, more than to impose a particular style on any type of story. I do think each novel feels distinct, though. I think each feels like they’ve been written by the same person, regardless of their differences.

In regard to feeling drawn to different ideas that I might not have previously explored, yes. The ideas I’m drawn to have always been something that changes, simply because I’m a naturally curious person, and when something new captures my attention I tend to obsessively try to learn about it. These things tend to work themselves into my imagination and later become fodder for story.

LS: As a faculty member at the NEOMFA in Youngstown State University, is there a piece of advice you always give to your students?

CB: Yes. My hold steady, bottom line piece of advice is that if they want to write, they need to read widely. To learn from authors whose work they might not even enjoy, or to learn from reading a type of story they generally don’t like, in order to acquire whatever techniques those types of stories may teach them to employ, even if in a wholly different kind of narrative.

LS: How do you know when a piece of writing is finished?

CB: When I feel like I can’t figure out anything else I can do to make it better, even after I’ve had other people read it and tell me what else they think I could do to make it better. I know I’m done when, after a while, I don’t wake up at night with ideas for revision or development, and when I walk away from the work for a long enough while and go back to it and am pleased by what I’ve made, rather than somehow still dissatisfied.

CB: I just completed a draft of my next novel, The Gone Away Place, which will hopefully release in Fall, 2017. It’s a story about a town decimated by a natural disaster, and the hauntings the community experiences in the wake of their loss. It’s also, on the small scale, the story of a seventeen-year-old girl who’s suffering survivor’s guilt after her best friends and boyfriend perish.

Christopher Barzak is the author of the Crawford Fantasy Award winning novel, One for Sorrow, which has been made into the Sundance feature film Jamie Marks is Dead. His second novel, The Love We Share Without Knowing, was a finalist for the Nebula Award and the James Tiptree Jr. Award. His most recent novel, Wonders of the Invisible World, was published by Knopf in 2015, and received the Stonewall Honor Award from the American Library Association. He is also the author of two collections: Birds and Birthdays, a collection of surrealist fantasy stories, and Before and Afterlives, a collection of supernatural fantasies, which won Best Collection in the 2013 Shirley Jackson Awards. Christopher grew up in rural Ohio, has lived in a southern California beach town, the capital of Michigan, and has taught English outside of Tokyo, Japan, where he lived for two years. Currently he teaches fiction writing in the Northeast Ohio MFA program at Youngstown State University.