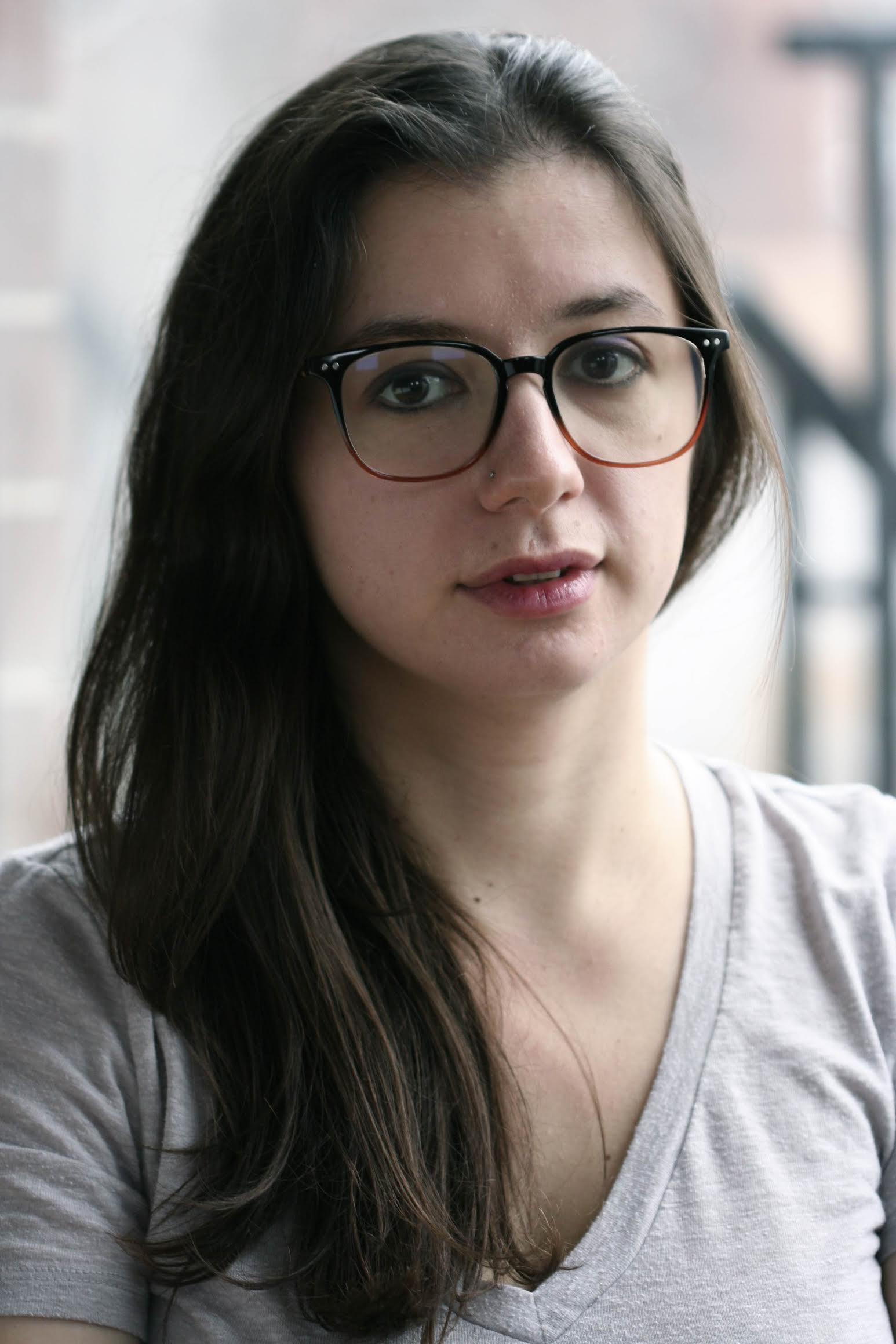 I moved to Milwaukee from the USSR when I was five years old, so I spent most of my life in the Midwest; after Milwaukee, we moved around various southeastern WI suburbs from the age of 10-18 but I ended up back in Milwaukee for college. Then when I finished college I moved to Chicago for grad school, and I’ve been there ever since. Most of my writing, the nonfiction stuff anyway, takes place in the Midwest, especially in Milwaukee. I find it an interesting, downtrodden, sort of forgotten place that you don’t really see in literature very often. It’s also the most interesting place for me to write about because that time in your life—your early twenties—is so intense. All my feelings around what happened during those years are so complicated and so fun now to dissect. And I can’t get away from writing about the Midwest, since place is such an important factor.

The mood, I guess, which is hard to describe to people who haven’t been residents of the Midwest. It’s gloomy, and hard to live there, but also beautiful, in a way. And they have the best dive bars.

Places play a huge role in my writing. Most of my writing thus far has been about either experiences in Milwaukee or memories I have of the Soviet Union (and often how the two intersect). Even this piece revolves around all my experiences in Israel, and how it too feels like a home now, even though I only visit every year or two. I don’t think anything I’ve ever written could be moved to a different location and not totally lose its coherence. Especially that underlining gloominess, which, even if I don’t attempt to put it in writing, always ends up there in a piece about the Midwest. It’s probably the weather. It’s always raining or snowing or just plain dreary in my stories.

I usually work in coffee shops—and actually, this is one thing the Midwest has beat. I love Midwestern coffee shops—the smaller the town the better. My favorite kinds are in very old buildings where nothing matches and their music selection hasn’t yet met the 21st century. The grumpier the tattooed baristas are, the better the coffee usually is. To date, I still love Milwaukee’s Fuel Cafe the most, if only for the nostalgia factor; I used to go there nearly every day in college, back when I smoked and you could still smoke inside. Milwaukee has the best coffee shops all around; I’m not even sure I could explain why. Lately though I’ve been spending nearly every day at Bridgeport Coffee Co. in Chicago, which is a few blocks down from my house. It’s a close second. (Actually their baristas aren’t grumpy at all and the coffee is addictively good, so maybe that theory no longer holds.) I travel a lot, and I keep a list of all the coffee shops I’ve been writing in for the last year and a half, and it’s somewhere around fifty places now. Does that make me a connoisseur?

Anyway, I’m not sure why, but I find it easier to concentrate there than being at home—my husband is a professional saxophone player so it can get very loud and distracting there. I also constantly find ways to procrastinate if I’m at home. If I’ve gotten as far as doing the dishes, I know I’m just procrastinating, which is probably the closest I get to writer’s block. I don’t really believe in it as a concept. I make myself write every day no matter what, and any time I feel blocked and start doing dishes it’s either because I don’t like what I’m working on or because there’s something wrong with it and I don’t realize it until I find myself procrastinating. If I go on a long walk and think, or talk it out with my husband, who is very good at unraveling problems, I can usually find my way.

Well, I can’t. I think it’s finished about a hundred times before it is. Usually I only know for sure when an editor tells me it is or when a piece has been accepted for publication.

That is a really hard question to answer! It changes all the time. Two people come to mind at the moment, for different reasons. Jonathan Franzen, because I believe he is the best writer of this generation. Every book of his is better than the last, which is a hard thing to accomplish. It’s not the case at all with most of my favorite authors from five, ten years ago, where every book seems to be more and more of a departure from what I originally enjoyed. And Franzen’s books are all brilliant. I really don’t know how he does it. He’s like a wizard to me, and I am so far away from his skill level that I can’t even remotely analyze his work. This also creates a sense of detachment though, like there is something in his work I probably can’t quite grasp.

The author I most connect to, who is also brilliant, is a friend of mine named Jessamyn Hope, whose debut novel, Safekeeping, came out last year. When I read her stuff, it’s like being enveloped in a warm hug; sometimes it feels like I could have written it, or that it came out of my brain. It’s truly bizarre. I rarely feel like that with other writers, even ones I admire. We have a lot in common—like a bizarre amount of things—so that could explain it.

I’m finishing edits on my novel, which is coming out at the end of the year, but I can’t officially announce where yet (even though I really want to)!