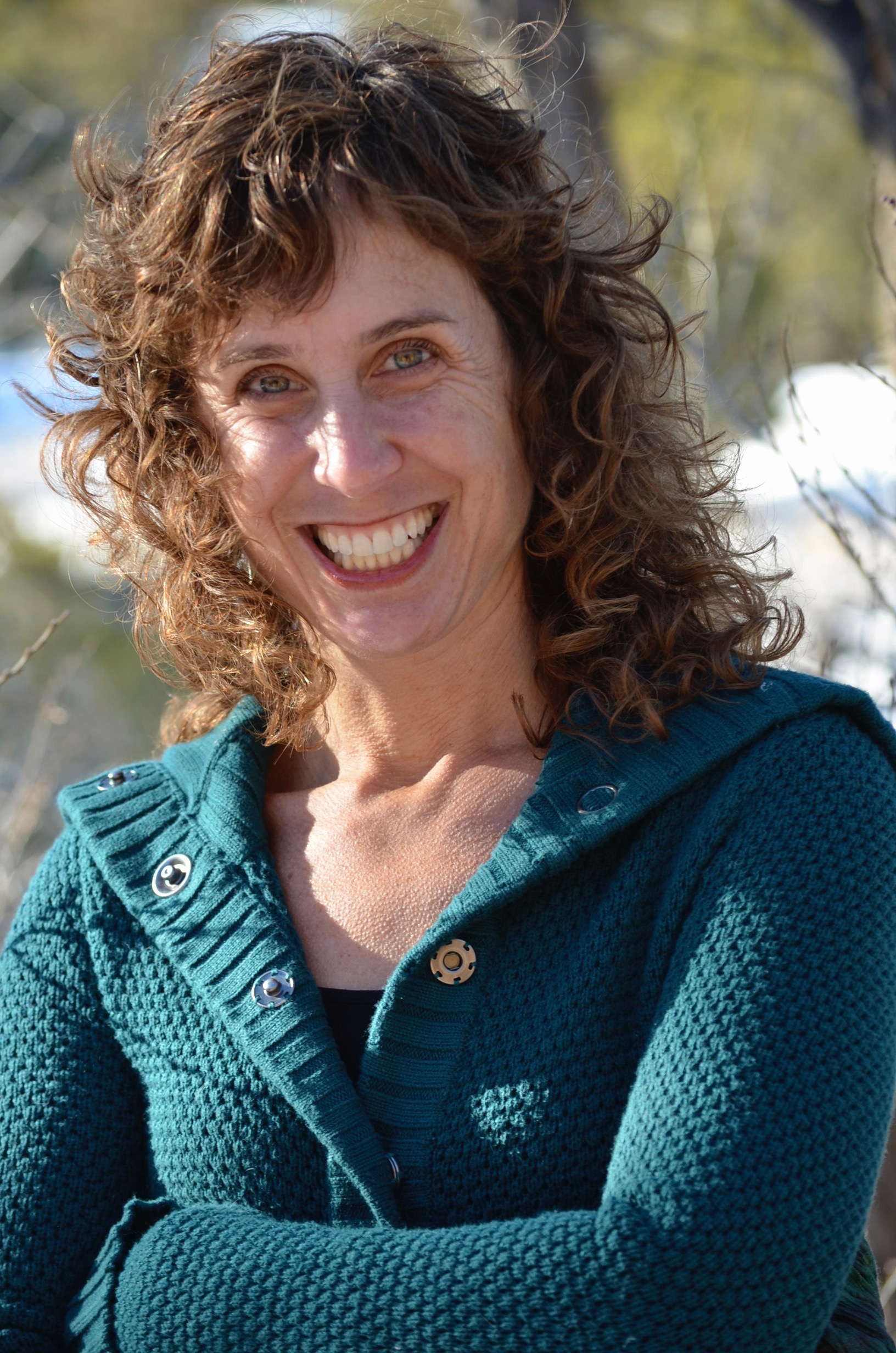 Audrey Meyers: What is your connection to the Midwest and how has the Midwest influenced your writing?

Janie Chodosh: Although I grew up in Upstate New York, a place filled with beautiful forests and lakes, my awareness of the natural world blossomed when I went to college at the University of Michigan. Part of this awareness was due to the university itself, in particular, the School of Natural Resources—and even more particularly with Dr. William B. Stapp, in whose classes I first became deeply conscious of global environmental issues and all we stood to lose. Besides the academic connection to the environment, I found a deep connection to the natural beauty of Michigan. My first real camping trip was in the Sand Dunes along Lake Michigan. Later I explored the north shore of Lake Superior where I saw the Northern Lights for the first time. In addition to these “big ticket” experiences, I remember countless hours walking among the trees of the arboretum; the afternoons wandering through various forests and bogs with my ecology class; the vibrant fall colors and the stark November skies. And then I took a poetry class, and all I wanted to write about was natural history and nature.

AM: How has nature influenced your writing? And more specifically, how did your time in Yosemite National Park affect you as a writer?

JC: Living in Yosemite was all about making our own fun. We didn’t have Internet or cell phones or movies or streaming, so whatever we did, we did in the outdoors, whether it was active fun—rock climbing, backpacking, and skiing, or more contemplative fun—sitting by the river and writing, reading, and watching birds. Living in Yosemite truly made me realize that I am a naturalist at heart. I see the world through a naturalist’s eyes. But I am also a writer at heart, feeling and experiencing the world best when I put it into words. Living in Yosemite provided the inspiration and the space to start blending these two aspects of myself.

AM: How do you make room for “all things interesting” in your life?

JC: I’ve always made time for my various interests by doing as many things as I could, not slowing down, and being good at time management. When I started to get really serious about writing and getting published, though, my friend sent me an article called, “The Working Mother’s Guide to Writing a Novel.” Since my daughter was a baby at the time and since I was also working, I took the advice of that article to heart. The article essentially said that you no longer have hobbies— meaning, use whatever moments you can find to write. Now, this is what I do. While I haven’t giving up everything I love to do, I focus on writing and have narrowed the time spent doing everything else.

AM: What’s one thing you wish you’d known when you first began writing?

JC: I wish I’d known that to be a writer I have to create the space to write every single day. What I write doesn’t have to be a finished product, but I have to engage with the process and connect with whatever it is I’m working on. Also, I have to silence those internal voices that say unproductive things like I’m not talented enough or who will ever publish my work or this is a waste of time. I’ve met a lot of people who want to be writers or say they are writers, but who don’t actually sit down and write. Also, I carry a notebook with me wherever I go. I constantly take notes and jot down ideas because even when I’m not writing, I’m writing.

AM: What does it mean to be a writer to you? How do you define yourself as a writer?

JC: Before I was published I was afraid or maybe embarrassed to call myself a writer. But what someone told me is you write, so you’re a writer. I mean if you’re swimming laps for exercise are you not a swimmer? Do you have to be Michael Phelps before you claim yourself as such? What I realized is that I could spend hours on revisions, on working a sentence, on searching for the right word or phrase. These things made me a writer. But I wasn’t an author until I first got published. Giving myself permission to call myself a writer freed me to stop worrying and to write. Another thing being a writer means for me is being a reader. 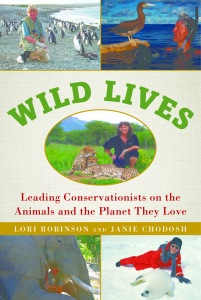 AM: What do you hope Wild Lives will accomplish? Or what was the purpose of the book?

JC: Although the “purpose” of Wild Lives changed from its initial conception to its completion, I think its essential truth or purpose always remained the same, and that is to tell the stories of some great conservationists, and in doing so, remind people of the beauty and fragility of our world and the obligation that every person has towards preserving it.

Personally it is so easy to give into despair, the feeling that we have passed the tipping point and are too far into the age of extinction to stop it. But then if that’s the case, why even try? So I wanted to write a book that offered, as I said in the query, an antidote for ecological despair. And I don’t mean a book filled with easy tips like “don’t forget to recycle,” but with meaningful messages from 20 leading conservationists on the front lines of saving species. These people refuse to give up hope. In fact, as famed field biologist George Schaller said, “I don’t deal in hope. I deal in action.” Or, as Mike Chase, one of Africa’s leaders in elephant conservation said, “I’m a stubborn optimist.” In writing the book, in being immersed for 5 months in stories of people fighting to protect species and ecosystems across the planet, I too became a stubborn optimist. Their energy and commitment infected me with a new commitment and desire to do my part to help save species.

AM: How do you remain hopeful and positive for the future of the planet?

JC: I put it this way to a group of students I was teaching: If someone said dogs and cats were going extinct would you just give up and stop taking care of your pet? Of course not. You care for what you love. I love animals of every kind and therefore I can’t give up trying to save them. I love the quote, “It’s better to light a single candle than to curse the darkness.” I tell myself that every day, especially now. Also writing this book has inspired me. Each person more or less said the same thing, in his or her own words: There is no choice but to have hope. As Dr. Thomas Lovejoy said in my interview with him, “What good is it waking up each morning and wringing my hands in despair?”

AM: What is it like working with 20 contributors in order to create the book? What were the interviews like? How did you prepare and organize for the diverse set of stories?

JC: Challenging! This was truly a two-person effort. I did all the writing and Lori Robinson, who originally had the idea, did all the organizing. She found many of the people in the book and kept track of them, followed up, and kept lists in a way I could never have done. While I did a few of the interviews on my own, or re-interviewed people when I had more questions, Lori conducted most of the interviews, which, as we both realized, was a crazy way to write a book. But the deadline we had was tight, so each week I basically had to move on to a new person. I would read everything I could find about a person, taking notes as I went, sending my notes to Lori, talking to her sometimes fifteen times a day, or an hour! She (or we) would conduct the interview and I’d search for both the hook and the thread of the narrative, often needing to go back to the person five or six times for clarification and for questions that came up as I was writing. I might start off with a few specific questions, but writing is an exploratory process, and as I explored each person’s story, I often found myself going in a new direction I had not anticipated, which meant going back to the person, which could mean a lot of hurry up and wait. These people are in the field, sometimes in remote places like the Democratic Republic of Congo or Botswana or Assam, India, and it could be days—sometimes weeks—before we heard back. When this was the case, given our deadline with the publisher, I’d sometimes have to put a story on hold and start a new one. I could not have done this without Lori who followed up with people with an enthusiasm and persistence I would have found far too anxiety provoking. Not having to do this part, in other words, putting that stress on Lori, freed me up to stay with the creative process and look for the most compelling ways I could think of to tell their stories.

JC: A series on conservation for the middle grade reader, book three in my Faith Flores Science Mystery series, and continuing to find ways to blend conservation and writing.

Janie Chodosh’s life’s work and passion has been a mix of natural history and writing. Besides her book, Wild Lives, she has two novels for young adults, Death Spiral, A Faith Flores Science Mystery (2014, Poisoned Pen Press), and Code Red (February 2017, Poisoned Pen Press). Janie earned a master’s degree in environmental science from the University of Montana and has worked as a naturalist in Yosemite National Park, a wilderness guide for the Colorado Outward Bound School, a trip leader for the Montana Natural History Center, as the state education director for the New Mexico chapter of the National Audubon Society, and as an adjunct professor in various colleges in Santa Fe, New Mexico where she lives with her husband, daughter, and stepson. Currently she is involved in elephant conservation in Assam, India.