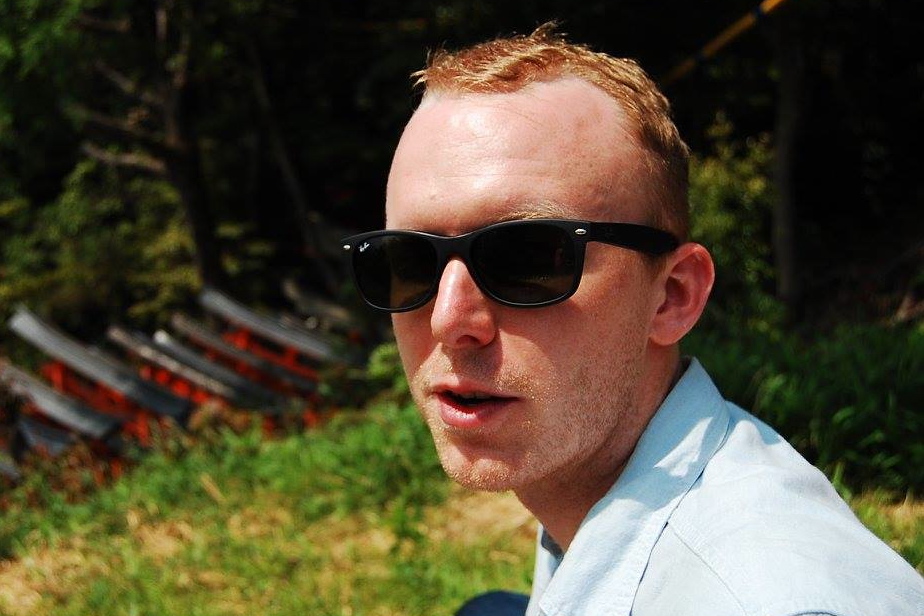 Kaj Tanaka’s nonfiction piece “If I Had My Way This Story Would Be a Song” appears in Midwestern Gothic‘s Winter 2017 issue, out now.

My parents are rural Lutheran pastors in Minnesota, so growing up, I heard a lot of small town gossip and Bible stories, which I really enjoyed—I also heard a lot of dirty jokes riding the school bus because we lived a long way out of town. Not that my writing consciously follows in any of those traditions, but that’s how I learned about the conventions of storytelling—where stories begin and end and how to tell them.

When I was a kid I listened to recordings of Garrison Keillor’s News From Lake Woebegone on cassette tape. I always liked that idea of these little stories surrounding a fictional community, and I’ll defend Garrison Keillor to anyone. He has a lot of detractors these days, but I can’t think of another project of Midwestern fiction that manages to be so big and vivid and focused. I love Sherwood Anderson, Edgar Lee Masters and Welcome to Night Vale too, for the same reasons, though none of those projects hold a candle to the sheer scale of The News From Lake Woebegone.

Some of my best memories of the Midwest are from driving across it. I had this job in high school where I needed to drive around Minnesota a lot. I remember, early on, getting tired from just a one or two hour drive. By the time I was in my early twenties I could drive fourteen hours, only stopping for gas. It’s amazing how much space you can cover in that time. It’s difficult to get a sense of the Midwest as a region without traveling across it many times, using various paths.

I’m never sure which of my memories are real and which are imagined. We impose so much weight and significance on certain memories that it’s difficult to know what those places and situations were really like. Writing stories only adds to that confusion because all of my fiction is built on real places and memories, but I’ve altered them in the writing process. Some of my memories I have rewritten so completely that I have lost any sense of what actually happened. Sometimes I reconnect with someone who shares one of those memories with me, and our versions of history are wildly different. I think this is true for all people to some extent, but it’s harder for fiction writers, and I’m particularly bad. People who know me have learned not to consider me a very reliable historian. I have a bad habit of misremembering things.

When I am working on a project I write every day until it is done—each day of writing attempts to be a single narrative of some sort. If I leave a story up in the air for too many days I lose track of where it is going and eventually I need to abandon it. Sometimes what I write becomes a novel, sometimes it’s a collection of stories. Everything starts out as a collection of stories. That process lasts for 3-6 months. I know it’s done when I get tired of working on it—when the idea of working on it fills me with dread. Then I go back and try to turn it into something. So much of the work of a large project for me is going over the original draft to understand what I’ve written and what it means. I don’t think much about that stuff during composition, so it’s only after the fact that I allow myself to assign meaning and significance.

I can’t exactly, or it’s never finished maybe? I don’t know. I just stop working on a story when I get tired of looking at it.

Richard Brautigan. There isn’t a single thing I’ve read of his that didn’t surprise and delight me.

I’m starting a new project soon, so I’m trying not to think too much about it right now. I have some general ideas but nothing I want to articulate.

My twitter handle is @kajtanaka and my stories are all over the Internet.