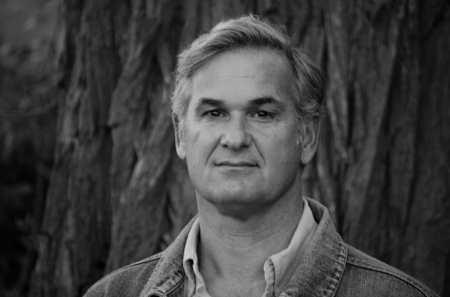 Stephen Kiernan: My connection to the Midwest is that I am an American. We may not act like it these days, but we are still part of a larger whole.
Also I lived in Iowa for several years in the 1980s. For a while I taught in the Artists in the Schools program, which introduced me to people and places all over the state. I loved it there.

MC: The Baker’s Secret follows a young baker, Emma, in the small seaside French village of Vergers the day before D-Day. Why did you decide to focus the novel on the course of only one day? What are the advantages and disadvantages of such a condensed timeline?

SK: The job of the novelist, to my mind, is to tell the richest possible story in the shortest possible duration. My effort was to attempt to capture all the suffering and triumph, oppression and cunning, of an occupied people not through a portrayal of the years they were forced to live that way, but in the course of a single exemplary day. The fact that the occupying army is uncovering Emma’s network throughout the day, and that the reader knows an invasion is coming but the characters do not—to me these are potent sources of suspense.
Think of it this way: If the story were even one day longer, wouldn’t it be cumbersome and slow? 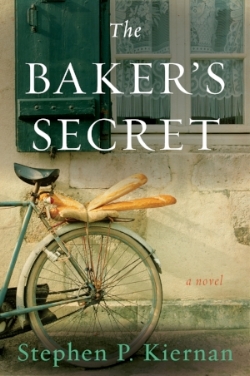 MC: Every day, Emma decides to sneak the villagers two loaves of bread made from the flour rations meant for German occupying troops. How does this small act of rebellion from an ordinary woman sustain hope for the community that help will eventually come?

SK: “There are no great deeds. There are only small deeds done with great love.” — Mother Theresa

MC: Emma learns her craft from Ezra Kuchen. However, since Ezra is Jewish, the Nazis arrive to take him away at gunpoint. How does Emma’s relationship with her mentor, Ezra, and the Germans’ treatment of him influence her decision to rebel?

SK: Emma begins the novel as powerless as a person in that time could be: female, young, unarmed, unparented, her fiance conscripted, her mentor Uncle Ezra taken away, a grandmother with dementia her endless responsibility. She is the least likely heroine. Yet it turns out she has learned generosity from Uncle Ezra. She has learned kindness from the vulnerability of her fellow villagers. She has learned stubbornness from that same difficult grandmother. Her entire life has been preparation for the role she assumes in her village.
One other factor came from my research. France lost so many young men in World War I (the equivalent loss today in America would be about 17 million people) that the male population had not recovered by 1944. Men who did remain were either conscripted, put to forced labor, or killed. Therefore many of the heroes of World War II in France were women. Emma exemplified the courage and determination of the French people to withstand and survive the occupation.

MC: Despite the hope Emma gives her community, she herself remains pessimistic about the chances of an Allied forces invasion to end the dark times in Vergers, France, and the rest of Europe. Does the oxymoronic idea of pessimism creating optimism play a role in other parts of The Baker’s Secret? What does this say about the human spirit?

SK: A large section of the novel is called “Want.” The lesson Emma learns in that time is that wanting something makes you vulnerable. She loves Phillippe, for example, so the young man is forced to work in a foreign factory. Therefore she steels herself against her own wants, denying what the reader can see she actually desires with every cell of her being. Even when help arrives, she can barely believe it.

MC: The events of World War II are dark and troubling, yet The Baker’s Secret contains moments of humorous reprieve, such as when the Nazis do not search a pigpen due to the odor. How do you bring light moments naturally and appropriately into a story that takes place in a dark time in history?

SK: I have spent the last 18 years working in end of life care—hospice, palliative care, advance directives—stemming in large part from my first book, a nonfiction study of the subject, called Last Rights. Over and over I have been delighted to find that even the most tragic circumstances include moments of hilarity, or lightness at least. It makes sense to me that the absurdity of Nazism would likewise be comical. (I also joined a long tradition: The Enormous Room, E.E. Cummings’ sparkling novel of World War I captivity; Slaughterhouse-Five, Kurt Vonnegut’s dark comedy about the firebombing of Dresden; Catch-22, Joseph Heller’s hilarious World War II farce.)

MC: How did you research the time period, specifically to accurately portray the dialogue?

SK: I began my research by reading deeply about D-Day, its events and context, and there is a rich literature on the topic. The best work I encountered was D-Day by Stephen Ambrose. His book relied on oral histories from the day’s soldiers archived at the Eisenhower Center in New Orleans. I read translations of French diaries, histories and novels written during the war (a dependable source for the tone of dialogue). I interviewed a veteran of the Omaha Beach invasion (a man so humble and dismissive about his heroism, by the end of the conversation I felt about one inch tall). I visited the International Museum of World War II in Massachusetts, which enabled me to hold every one of the weapons that appears in my novel, to feel their heft and size. And of course, I went to Normandy and visited the places where history was made, to see and smell and touch the setting of my novel. (This in itself was a moving experience, which I chronicled in an essay “The Instruments of War” that appeared in Electric Literature recently: https://electricliterature.com/search?q=stephen%20kiernan&ref=opensearch)

MC: Other authors have addressed the topic of World War II and the invasion of Normandy, as is the case with much historical fiction. How did you distinguish The Baker’s Secret from other novels in the genre in order to let your originality show through?

SK: All of the books I read had certain things in common: They emphasized the battle, they were about soldiers, and they neglected the French people. At the very start of my research, I learned that 5,200 Americans died that day—an incredible feat of courage and sacrifice—and that 11,800 French people died. More than double. I saw an opportunity to tell an untold story. My novel has about four pages of battle in it, and only two Allied soldiers even have a name. This is a novel about the occupied people, and the courage and sacrifice that they showed too.

There’s a larger point for me, as well. The deeper I researched, the more I became convinced that D-Day was an unusual and exceptional day from all of human history—but the experience of the occupied people echoed many many instances of oppression before and since. I believe there was an Emma in Leningrad during the long siege. I like to hope that there is an Emma in Aleppo today. That is why I removed all references to Germany, France, Nazism and even the year. It is the reason aspects of the novel, particularly the language, move toward the realm of a fable. There may be a universal human experience which showed brilliantly on D-day, but that transcends even that spectacular day and time.

SK: I am knee-deep in a new novel and just finding momentum. At the moment I can’t say much because I don’t know much. But I do know that the central character is a keen and determined woman, that it is an adventure story of a swashbuckling sort, that it includes a love story with more sex than all my prior books combined, and that it spans the entire planet.

As a journalist and novelist, Stephen P. Kiernan has published nearly four million words. His newspaper work has garnered more than forty awards—including the George Polk Award and the Scripps Howard Award for Distinguished Service to the First Amendment.

Author of the novels The Hummingbird, The Curiosity, and The Baker’s Secret, he has also written two nonfiction books, Last Rights and Authentic Patriotism.

Stephen was born in Newtonville, NY, the sixth of seven children. A graduate of Middlebury College, he received a Master of Arts degree from Johns Hopkins University and a Master of Fine Arts degree from the University of Iowa Writers’ Workshop. He has chaired the board of the Young Writers Project, served on the Vermont Legislative Committee on Pain and Palliative Care, and served on the advisory board of the New Hampshire Palliative Care Initiative.