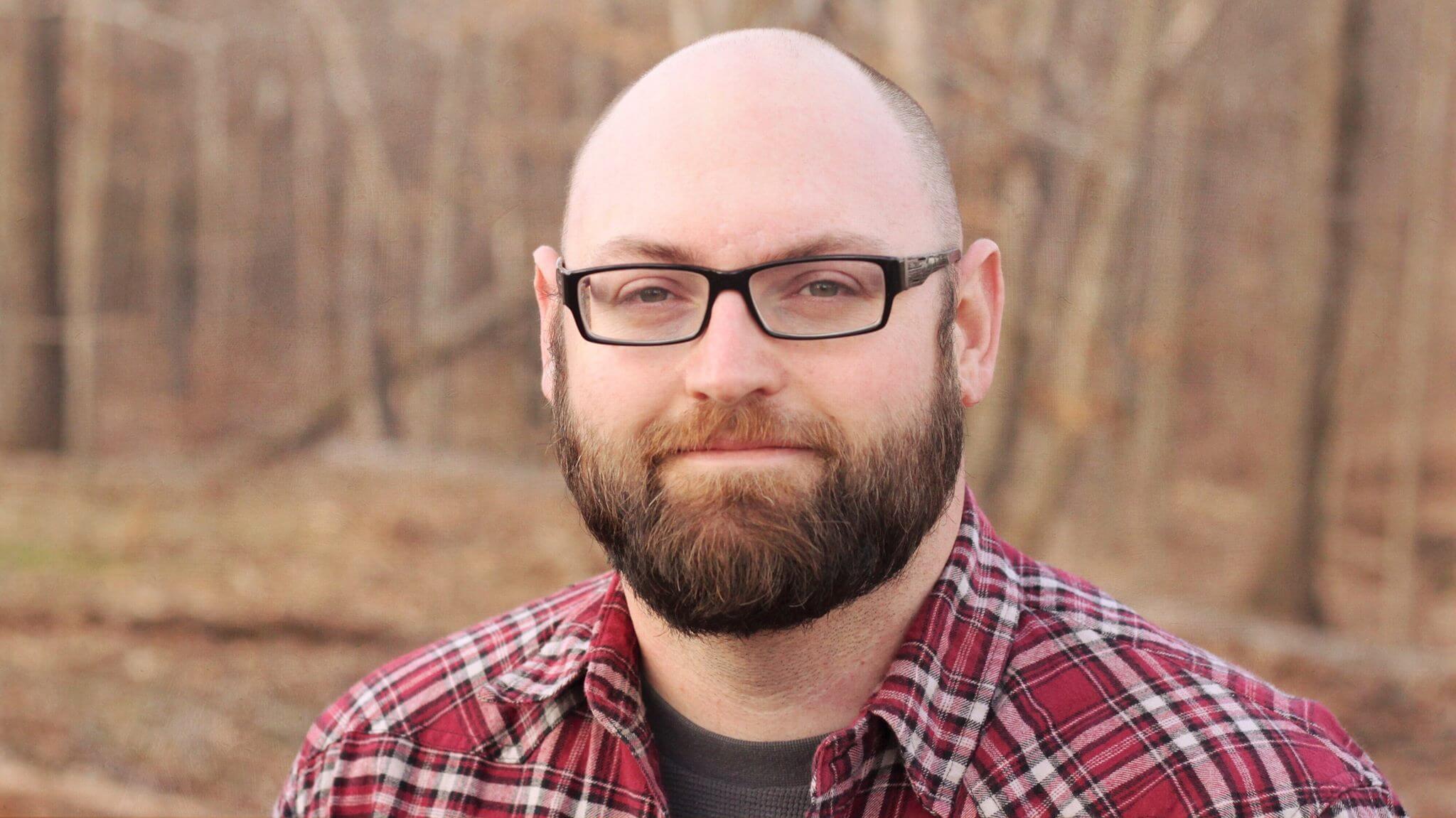 My connection to the Midwest as a person and an artist is a powerful one. I’ve developed into an unashamed regionalist. I’ve lived in Illinois and Missouri my whole life, soaking up all the ragged beauty and frustration that implies. This region is Home with a capital H to me, setting and background to all my most vivid memories and formative experiences. My imagination developed here. When I first started writing poetry seriously, I made a conscious choice to pay attention to region because I had always avoided it—instead emulating southern writers. But “bringing it all back home,” as Dylan might put it, led to a flood of ideas I didn’t even know were inside of me. It’s been almost ten years since that change, and now I’m not always even conscious of the ways that Midwestern imagery or concerns arrive in what I’m working on. They just seem to be there as I follow the direction the poems suggest.

It’s hard to answer a question like this. The different visions of masculinity in the Midwest are particularly interesting to me. I think about that a lot and my poems definitely reflect it. But increasingly I’m also intrigued by simple landscapes. I’ve begun to put more time and effort into photography. I spend a lot of time staring out car windows at barns and fields and rusty things, and somehow that seems important right now. I’m sure at some future point my poems will reflect that, too.

They do more than play a role—these experiences and memories are nearly always the catalyst and often the whole reason my poems exist. Childhood memories are especially powerful for me because I feel like I own that version of the world completely. I can write about it with authenticity. For example, I have a series of poems that all revolve around the idea of “First Lessons,” and they borrow heavily from my first memories of realization. Where meat comes from. What wars do to soldiers. The fact that all lives are essentially fleeting. So many of the images I’ve carried around since childhood end up coming out in these poems—mixed, of course, with adaptation and invention.

When I am writing consistently and well, I’ll write in my head all day and spend an hour or so right before bed scribbling into notebooks, a little longer on weekends. I work on two or three poems at a time, sometimes trading lines between them, until one seems to demand full attention. I’ll scan through old notebooks for discarded lines or stanzas that might spark something in the new poems. I generally only go to the computer when I have a draft that seems close to locked in, formwise. There I can tweak it until I get sense that the thing is as done as I can make it.

I’m inspired by just about anything. Music, paintings, old family photos, novels and magazine articles and other people’s poetry. American history. The field behind my house, a time I said something really terrible to someone, the books my mother read when I was a child—really, truly anything.

This is going to sound a little imprecise, maybe even hokey, but for me there’s an invisible latch that kind of clicks shut. I’m not sure if I perceive it through intellect or emotion, but it happens. I can’t always hear it when the poem is on paper, either—though sometimes I can—but when I read it aloud and it’s pretty good, and the ending is fully earned, I can perceive the poem locking into place. That doesn’t mean that it’s perfect or anything, just that I’ve discovered the way that particular poem goes. Once that happens, I might tweak a few words on the computer, but I know that the poem is, for better or worse, whole and as good as I can make it, and it’s time to face the judgement of editors.

There are so many, in so many genres. God, I love every kind of writing if it’s good, and I don’t understand people who discriminate based on genre. Neil Gaiman, Larry Brown, Annie Prouxl, John Irving, Cornelius Eady, John Prine, Chuck Berry. But there are two poets who sort of ground me whenever I lose my aim. One is Linda Pastan and the other is Raymond Carver. They’re both poets of personal experience. They’re both readable and richly rewarding. Many of Pastan’s poems deal with the passage of time, directly or indirectly, and I study her reflections on time not only to improve my poems but to learn something about how to live.

With Carver, it feels like the poet is right in the room with you, chatting you up and confessing in his own voice, sharing every possible vulnerability. I love the everyday nature of his poems, how they morph into something so profound. Reading them when I’m lost, or when my words are all blocked up, reminds me that poems should feel like they came from the heart of a real human being.

The new book came out early this year, and I’m still trying to con people into reading it. While I’m writing and trying to publish new poems, I’d like to do a book of Midwestern photos in the next year or so. I’ve had some luck selling prints and had even had a solo exhibition recently here in Missouri. I’d like to see if I can find a press who’d want to do a book of them. I also have a weird idea for a children’s book that exists in the earliest stages. I don’t know if it is next, but I’m going to pursue it one day.

I read in The Next Weather series in Columbia, Missouri, recently, and one of the things the host, Marc McKee, asked is that we read something brand new. I had exactly one new poem, half-revised, that represents the direction I’m working toward now. It’s raw and kind of angry. I want to challenge myself to go there again, to find out if that’s the voice of my next book. In fact, I think it’s important for me to go there. But the truth is it takes a while to write a lot of poems like that. I can’t go to that place every day, or even once a week. That’s why it is so important to have photography to turn to. I can be more patient as I wait for these new poems to arrive at the pace that is best for them without going nuts.