During the summer of 2018 we continued our annual Flash Fiction Contest series, inviting authors to respond to three different picture prompts. You can read more about the series here. Round 3 submissions responded to our photo prompt with the following criteria: here.

***
Round 3 runner-up: “Coasting” by Izabela Babinska

The wind came whipping south, skimming the icy, white-capped surface of Lake Superior. Hurtling like a wild thing escaped from the Arctic’s captive grip, it danced a primal, wicked dance across the water’s steely surface, the steps inherent, irreplicable.

Entangling itself in the steady flurry that fell from the heavy, pregnant clouds, it propelled them both forward, a squall, colliding harshly with a shipping vessel that braved the dangerous late-winter waters. It drummed an ancient, war-like beat against the ship’s hull that echoed, a chill, through the sailor’s bones. Rolling off the starboard side, it galloped, sprinted, flew towards mounds of broken blue ice, alien as the surface of Neptune. Lost beneath, obscured, the division between water and land, indecipherable where ice ended and shore began.

Weaving through the sabers and spears of the ice caves, plucking at them like the teeth of a comb, the wind continued its menacing melody along the coast, pounding on tightly shut windows and whistling down chimneys like a ghost. Here startling a grey-haired grandmother bundled by a window with a book, there enveloping a stranded car in a cyclone of snow. It laughed and jeered and charged down a lantern-lit Main Street, rocking wreaths and shop signs and blinking yellow stoplights.

Coming upon an empty schoolyard, it tried all the swing seats and caused a stir in the pickup lane—naughty—obstructing dozens of desperate wipers. Turning away from town, it tripped over itself to gleefully slap the faces of bundled skiers on ill-groomed slopes before rustling the tops of pines on long, uninterrupted wooded stretches.

It relaxed some, untangling, loosening like a knotted string, finally ripped free. In the honey waning sun it could almost be termed a breeze, its howl subsiding to a steady hum. Settling onto the outstretched wings of an owl, it coasted, surveying the forests that broke to fields where it brushed the snow across the empty canvas and painted stripes on the long narrow roads. It would play among the cornfields there in a few short months. A wink, a lifetime. 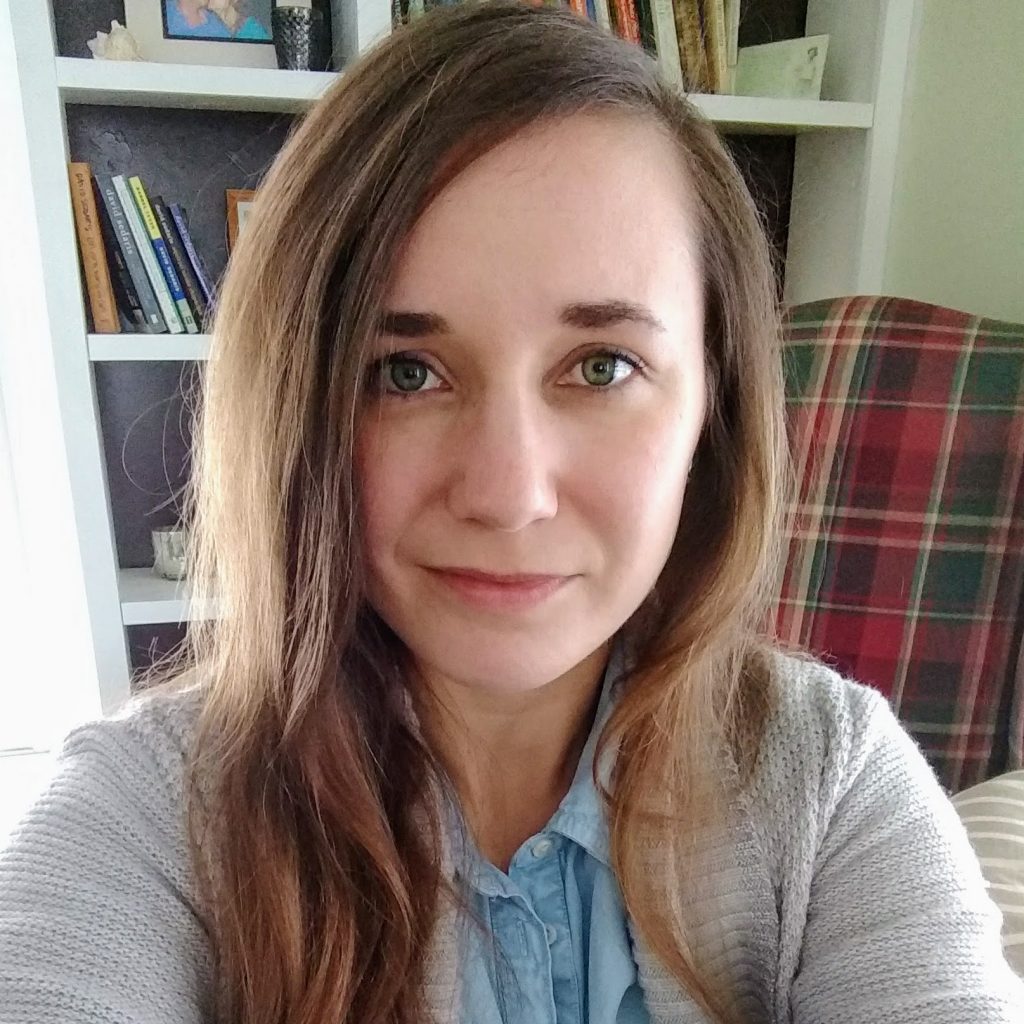 Izabela Babinska was born in Poland and grew up in Michigan. She has a BA in Professional Writing from Michigan State University and an MBA in Nonprofit Management from Cleary University. A technical writer by day, she lives in Petoskey, Michigan with her husband, Derrick, and Australian Shepherd, Devereaux. She’s learning to get along with the snow.