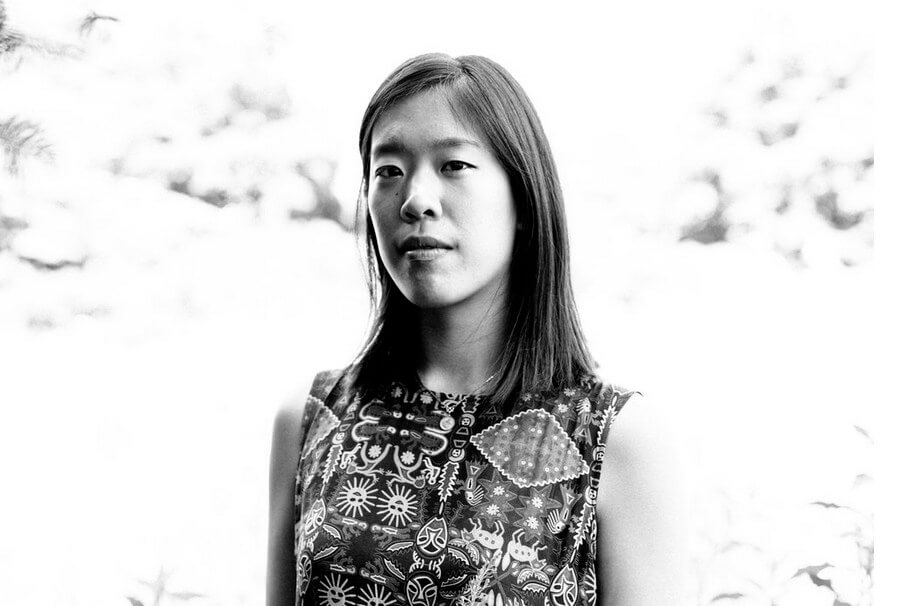 Lillian Li: I grew up in Maryland, but I was actually born in Ann Arbor, Michigan. My dad was getting his PhD at the University of Michigan. So twenty-some years later, when I moved to Ann Arbor to get my MFA at the Helen Zell Writers’ Program, it did feel like a sense of coming full circle. Which, when you’re a dork about narrative, is very cool.

HM: You’re originally from the D.C. metro area. How does living in the Midwest compare to that? Has your move here influenced your work in a notable way?

LL: Well, my hometown has a very large Asian population, so my first encounter with the Midwest was one of shocking whiteness. In some ways, though, I hadn’t realized that I’d grown up in a place where being Asian was practically the norm. I looked up the numbers recently, and apparently North Potomac, where I spent most of my childhood, is 1/3 Asian. That’s a jaw-dropping statistic. But it had never occurred to me that I’d had the privilege of a childhood spent without the feeling of total otherness that most people of color experience living in America. Living in the Midwest has given me an essential distance to see what makes my hometown strange and specific, and how it might operate almost as its own character in my work.

HM: How did you initially decide to pursue an MFA at the University of Michigan? What was your experience like with the program? In what ways has the program helped you grow as a writer?

LL: I suppose I’m someone who likes having a plan, even when it comes to something as nebulous as becoming a writer. In many ways, pursuing writing as a vocation goes against the control-freak side of my personality—it’s deeply uncomfortable and probably very good for me in the long run to stick to something that has no guarantees and no set mile markers for “success”. But in any case, at the time, an MFA seemed like the sturdiest path to becoming a writer. I realized pretty quickly, though, that an MFA is best approached when you already see yourself as a writer. So I guess the program helped me grow in the most basic way, which was to understand that only I had the burden and the privilege of making myself, and calling myself, a writer.

I think that MFA programs work best at teaching writers how to rein in their talent. How to drive the car they already own, in a sense. When I look at my older work, I see a lot of good, but I mostly see chaos. I had no control over my writing because I didn’t understand the basic schematics of, say, a short story. For example, I never wrote scenes in my old stories. They were almost 95% in exposition. No one ever taught me not to write entirely in summary, and I certainly wasn’t deconstructing stories in my free time to figure it out myself.

Which is to say, MFA programs aren’t necessary to becoming a good writer, but they take some of the guesswork out of the process, and, like most higher education, force you to learn something you could have learned on your own if you had the time or willpower.

HM: In an MFA program, you obviously must spend a lot of time with other young writers in the same program. What are the benefits of having access to this community? Are there any downsides?

LL: It was amazing to suddenly be around all these other writers for the first time. And to experience how different writing could be. I had multiple classmates whose work I simultaneously did not understand and thought was genius. I have no doubt that reading and responding to their short story and novel drafts stretched my imagination of what was possible to do with my own work, while also, I think, centering me more solidly in my personal voice and preoccupations.

I would say my cohort was very close. I still visit two of my cohort pals on a frequent basis in their new cities, have long-distance chats with two others, have movie nights with the two still in town, and have recently squeezed the fantastic cheeks of another’s new baby. Four of my cohort-mates fell in love and married each other (so, two married couples, not one married quad)! What am I trying to say here…we’re very lucky we found each other.

Downsides? Well, the first year we all drank too much. But we settled down by the second and third year when we didn’t need to be lubricated to socialize, or at least not as lubricated. 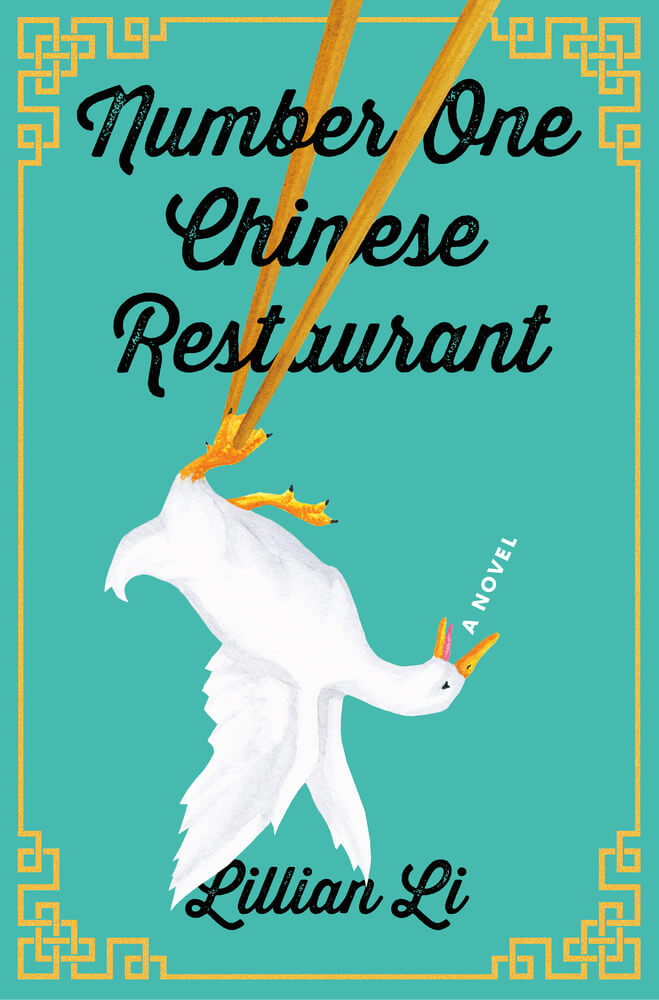 HM: Your new novel, Number One Chinese Restaurant, explores themes of familial bonds and relationships. What interests you about these particular relationships? These are obviously common themes in literature and art, so how do you approach these ideas in a unique and distinct way?

LL: If you ask any of my friends, or the barest of acquaintances, they’ll probably tell you I’m obsessed with my family. A college friend once told me that when we met, I used to “begin every sentence with, ‘My mom says…’” Joke’s on her—I still do that.

And because I think that all works of fiction begin, on some level, inside the person writing the fiction, it feels only right that whatever I’m obsessed with in the every day will translate into what I write on the page.

This might be an experience shared by children of immigrants, but I grew up feeling like my family was its own island. Because we straddled two nations—China and America—it felt like we had our own language, culture, history. Actually, all families have this to some degree, but it felt more urgent to me because my family didn’t fit anywhere except inside the home we’d made together.

So I approach the themes of family with this idea of cobbling something out of what’s available, as well as the idea of inclusion forged out of exclusion. I look at how this method of accumulation and patchwork, insecurity and security, creates a deeply layered structure impossible to replicate. In Number One, you’ll notice that all the characters in the makeshift family of the Duck House (as well as the blood family of the Hans) are both incredibly knowledgeable and incredibly ignorant about each other. But all together, they create a total portrait of their family, one that no outsider would ever fully see.

HM: Number One Chinese Restaurant is your debut novel. Has anything surprised you about the publication process? What are some particular challenges to publishing a book that you didn’t foresee?

LL: I didn’t realize how important, and how impossible, a sense of scale and perspective would be. It’s been interesting trying to navigate the process of putting a book out because you have all these concerns and you’re trying to figure out which concerns are real and which ones are just because you’ve never done this before. So, for me, there was a lot of newness, and a lot of figuring out what are actual problems I need to address and what are simply anxieties that I need to process.

HM: Writing a novel is certainly a long and arduous process, often taking years. What were some of the greatest challenges you faced in seeing Number One Chinese Restaurant to completion?

LL: Honestly, the gift of this first novel was that I didn’t know what was challenging until it was over. I was too stupid to be afraid, too naïve to understand what I was signing up for, and it’s only now, as I approach the idea of writing a second novel, that I’m scared. So that’s the greatest challenge, how not to let the irritating voice of hindsight infect the next project, and how to relearn that blind optimism that cushions the everyday grind of novel-writing.

HM: Why is the novel important as a form? What benefits does it have over short-fiction and other mediums? Has this importance changed at all in the digital age?

LL: I think a novel stands apart from other mediums because to read a novel is to actively experience the passing of time. You can’t, after a certain point, read a novel any faster. To finish a three-hundred-page novel, you need to devote at least a day’s worth of time (even when I was speed-skimming class books during college, I couldn’t finish faster than that). I don’t think any other medium requires that much time to experience, and that much concentrated effort. A TV series, for example, might take as many hours to consume, but you do that consumption passively.

And so I think that because a novel requires this participation and stamina from its readers, what it can communicate as a form can go much deeper. Novels can sweep you away while at the same time forcing you to work your imaginative and empathic muscles. To read a truly good novel is to live, for a time, an extra life that runs parallel to the one you’re already living.

Even once virtual reality technology gets to a place where it actually feels like entering a new reality to put on those dumb goggles, it’ll never replace that dual experience of living through a novel at the same time and adjacent to living your own life.

HM: What advice would you pass onto other young writers? What are some of the major choices you made that got you where you are today?

LL: I always encourage my students to figure out the kernel of personal preoccupation that has them wanting to write the stories they’re writing. When I think of good writing, I think of oysters and pearls. So, when an oyster accidentally gets some kind of irritant, like sand, stuck inside it, it starts producing this material, called nacre, to cover the irritant. Layers and layers of nacre form around the irritant, and that eventually becomes what we call a pearl. I think the same thing applies to writing—we do our best writing when we’re writing from a place of preoccupation, of being stumped or angry or both. I’d rather see a mess on a page that comes from a writer actively working through a question than a polished piece that asks nothing risky of its author.

LL: I don’t have much yet, but I’ve been interested in writing more about where I grew up in Maryland. So far, I’ve got the idea to follow a group of childhood friends as they grow up in this sheltered community, and what happens when they each leave, at different times, to enter the greater world. There’s no plot, but the characters are feeling realer every day—I take that as a good sign.

Lillian Li received her BA from Princeton and her MFA from the University of Michigan. She is the recipient of a Hopwood Award in Short Fiction, as well as Glimmer Train’s New Writer Award. Her work has been featured in Guernica, Granta, and Jezebel. She is from the D.C. metro area and lives in Ann Arbor, Michigan. Number One Chinese Restaurant is her first novel.