During the summer of 2018 we continued our annual Flash Fiction Contest series, inviting authors to respond to three different picture prompts. You can read more about the series here. Round 3 submissions responded to our photo prompt with the following criteria: here.

Along with the Mayan concept of Time as cyclical, so too, Emm said, goes the notion of place. And space. Like the great Mayan Calendar, the Earth is also round. A circle. A circle with a circular moon. And together they travel in a circle (sort of) around the sun, in a predicable loop that closes every 365.2422 days.

I agreed most people would find comfort in the idea of a renewal of place. And space.

But maybe not here in the Dakotas Bar, where above a window a sign reads, Not the end of the Earth… but you can see it from here.

The broad window overlooks a desolate, snow-capped wheat field that sprawls beyond the Earth’s curve. Could be Superior, its dwindling horizon fragmenting into frozen Lake, Lake into sky.

The Pabst-impaired discussion of the Mayan concept of Time spun into one of swine flu. Here’s how: The bartender mentioned Happy Hour pork hocks. But I heard pork shanks, Emm pork stents, which I corrected to swine shunts and she yelled swine stents! Cause of the greatest outbreak of swine flu ever!

I said now hang on a minute, and she hollered, Ja, like I figgered, you always second guessin me. No, no, I cried, no. These were doctors doin all this stuff, not some yahoos like you and me, and she hissed doctors, yes, but nineteen-eighteen doctors, not today’s doctors with their new technologies and even the Maya knew you could get sick from certain pig things.

I said that makes no sense whatsoever, and we then said the terrible, awful things you’re only capable of saying to those you love most.

Next thing I know I’m drivin off to Rin Dinger’s one town over, thinking what the hell am I doin drivin at all and then just like that I’m spun out on the side of the road wondering if the morons among us have it right that Time and the world truly end in mayhem where the Mayan calendar stops instead of spiraling around, folding back upon itself like them anthropologists say is what the Maya actually meant.

The spin-out knocked me out. And while I slept, a fresh snowfall drifted in all around my car. Now I’m awake. Drunk and stuck in a cold, dead car.

Longing for Emm. I do love her—It’s… I mean I knew she was mean when I married her… Yet, I’m willing to press into this nasty wind for three miles to get her back.

Maybe Love is the loop, not Time. And the collective unconscious of the Maya grasped something bigger than Time itself, more vast than this ocean of white wheat. And it’s Emm at the point where my timeline coils back and begins anew. Stranded on the edge of an icy somewhere, exactly in the middle of a snowy nowhere. A place with The End always in sight, but always the chance to turn it around. And renew our loop. 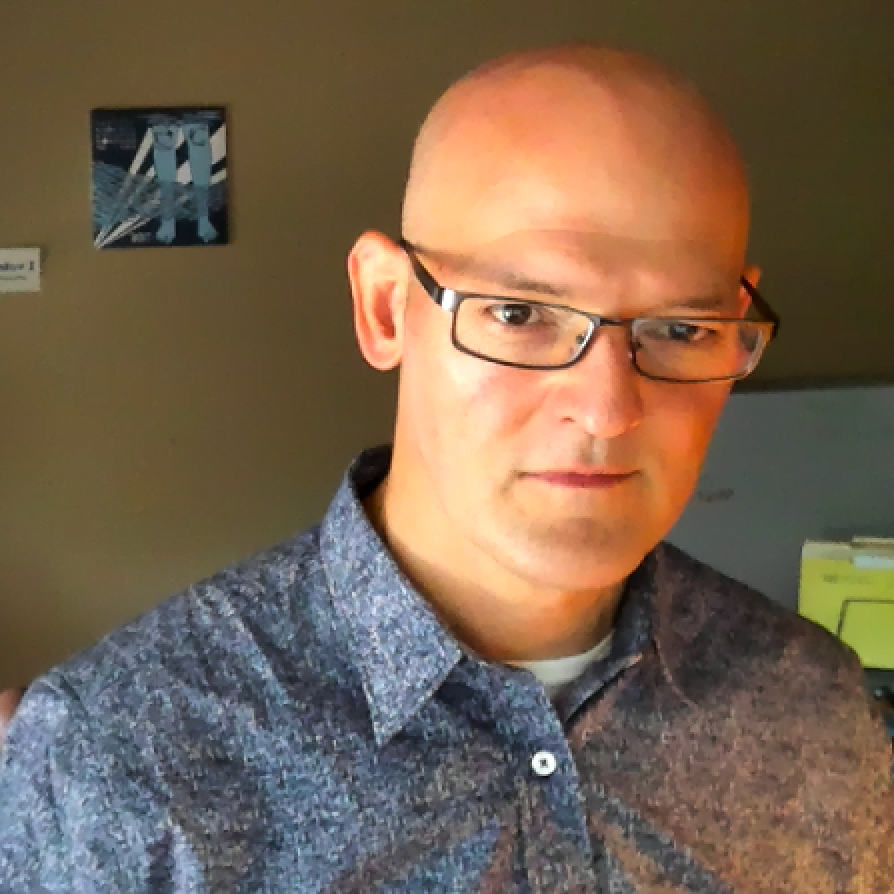 Steve Fox’s work has been shortlisted for The Masters Review Annual Anthology, and awarded first and second place in the Wisconsin Writers’ Association 2018 Jade Ring Competition. He studies Creative Writing at The Loft Literary Center in Minneapolis, Minnesota. After years of living in Spain, Argentina, Brazil, and New Zealand, Steve currently resides with his wife and three boys and one dog in Hudson, Wisconsin, where he holds down a job as a software engineer. Which is to say he gets up Monday morning and goes to bed later that day on Saturday night. Find him on Twitter at @tehjsut.