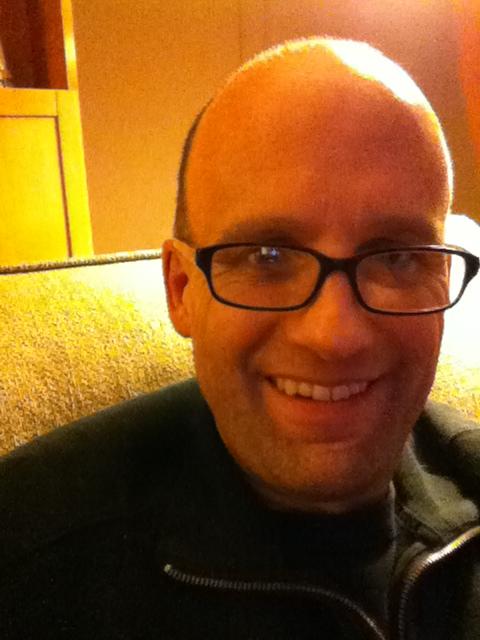 Peter Anderson’s stories have been published in Storyglossia, THE2NDHAND, Joyland and the recent anthology On The Clock: Contemporary Short Stories of Work (Bottom Dog Press), among others. He novel Wheatyard was recently published by Kuboa Press.

Midwestern Gothic: Tell us about your Midwestern Roots?

Peter Anderson: I’ve lived my entire life in Illinois, mostly in Chicago and the suburbs, plus six years in Champaign for college and grad school. My family has lived in northern Illinois for four or five generations, having originally emigrated from Sweden.

PA: One thing that defines the Midwest is, oddly, its lack of definition. Ask ten people what constitutes the Midwest, and you’ll get (at least) ten different answers. To me, the Midwest is most of the states adjacent to the Mississippi River—Minnesota, Iowa, Missouri, Wisconsin, Illinois, Indiana, Michigan and parts of Ohio. (Cleveland seems eastern to me, and Cincinnati almost southern. But I definitely think of Columbus as Midwestern.) Not to oversimplify too much, I think of the Midwest as a place of (relatively) quiet, unassuming, honest, common-sensical, excessively polite people. Of course, we have plenty of loudmouths, idiots and posers too, though maybe in lower proportions than elsewhere.

PA: I’ve been writing casually since I was a kid, but I didn’t really get serious about it until 2002, when I started commuting for work to downtown Chicago on the train, which gave me two hours of free time every day. From the start I mostly read on the train, but after a while I started to sketch out stories in a notebook, and it ballooned from there. I wrote pretty obsessively back then, even sneaking out of the office regularly (from my previous employer) in the afternoons to a coffee shop for a quick writing session. I was extremely productive then, much more so than now—most of the stories I’ve published were written between 2002 and 2007. During the past few years, I haven’t been as obsessed with publication and have focused more on book-length projects, so I’ve actually published very few stories lately.

MG: Do you believe the Midwest has affected your writing?

PA: The Midwest is physically beautiful, but in a very subtle way. The beauty of other places, like the mountains of Colorado or the beaches of Florida, is much easier to appreciate, but in the Midwest you often have to look very closely, and patiently. I suppose a lot of people don’t see beauty in a field of soybeans, a weathered farmhouse or rusting factory, but I do. Living in the Midwest, I’ve learned to look closely at things, and that translates to my writing as well. There’s not much bold action or laugh-out-loud humor in my fiction, which tends to involve reserved characters, quiet situations and commonplace dialogue. I think of my writing as being understated, as is the Midwest itself. 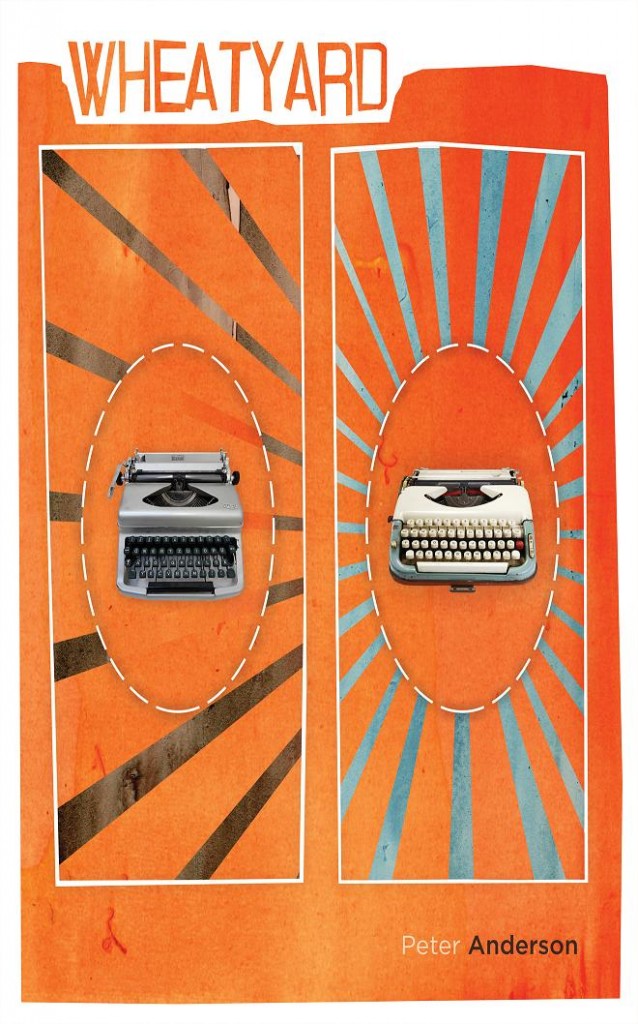 MG: What was the inspiration behind Wheatyard and the experience behind writing it, getting it published?

PA: The initial inspiration came from my daughter (then five years old) in 2005, when she invented the name “Elmer Glaciers Wheatyard.” This was shortly before the start of National Novel Writing Month, and I was still looking for a subject to write about. So I thought about what a person named Elmer Glaciers Wheatyard would be like, how he would live, etc., and a story quickly developed of an eccentric author of that name, an unnamed narrator who just graduated business school, and their unlikely friendship that developed during a summer in Champaign, Illinois. But though the story came to me easily, getting it into finished form was much more difficult, and I worked on it off and on for more than six years, finally finishing it in early 2011. After that, it was nearly another two years before I stumbled across Kuboa Press, whose publisher, Pablo D’Stair, generously accepted it for publication early this year.

MG: How much of yourself do you see in your characters?

PA: The narrator is very similar to the person I was at 28 years old, both in his actual situation (recent MBA graduate stuck in Champaign for a summer, alone and unemployed) and outlook (already hedging on the finance career he had previously devoted himself to, wondering about alternatives), while Wheatyard is sort of the artist I dream of becoming. That said, my writing is absolutely nothing like Wheatyard’s fiction, which is densely metaphorical, cryptic and teeming with oversized characters, and I would never want to live his lonely, near-destitute life. I would never, ever trade my family life with my wife and daughter for his. Instead, what appeals to me about Wheatyard is his unlimited freedom to write whatever he wants, whatever he wants – my available writing time is much more limited.
Wheatyard explores the conflict between quite a few opposing ideals: art versus commerce, idealism versus pragmatism, and independence versus survival. Is there room in the real world for these conflicts to exist? Or will one side ultimately win out?

I don’t think anyone who stakes out an extreme position in those specific ideals (or any other ideal) is ultimately successful, either in terms of accomplishment or happiness. Life is all about compromise and finding a middle ground, which is one key aspect to this story. At the beginning of the book, both the narrator and Wheatyard are at opposite ideological extremes, positions which are doing neither of them much good. But as their brief friendship develops over that summer, they yield their extremes and move toward a middle ground, and they’re both better off for it.

MG: Name something you cut from Wheatyard that you loved, but ultimately had to get rid of for the sake of the story?

PA: I first started writing Wheatyard in 2005, several months after reading (and being floored by) Stephen Elliott’s Happy Baby. In my early drafts, the revelation scene, in which Wheatyard finally talks about his past, was heavily influenced by the horrific childhood of Elliott’s protagonist. But then two of my early readers both said they had a problem with that aspect of the story, that it wasn’t plausible or consistent with the narrative and tone of the rest of the book. (An interesting thing about early readers: I came to realize that if just one reader had a problem with one specific aspect of the story, then unless it was something that was nagging at me, too, I could probably just let it go. But if two readers objected to the same aspect, then it was probably a very real flaw that needed to be fixed. Several major flaws from the early drafts were identified this way, and fixed for the final version.) I couldn’t help but agree, realizing that Wheatyard wasn’t anywhere near as raw and visceral as Happy Baby, and though I would have loved to pay homage to Stephen Elliott for his great book, it didn’t really work for my own. So I really scaled back the revelation scene, with Wheatyard merely alluding to but never really confessing everything that happened during his childhood. Besides leaving it to the reader to make his/her own conclusion (something I always admire other writers for doing), this reticence is much more characteristic of Wheatyard’s personality.

PA: I recently finished Where the Marshland Came to Flower, a collection of short stories set in Chicago neighborhoods. I’m just starting to shop the book around to prospective publishers. The title is a reference to my literary hero, Nelson Algren, and his Chicago: City on the Make, which I have long considered to be the finest book ever written about the city.

PA: Too cold in winter, too hot in summer, but a place that I will never leave.