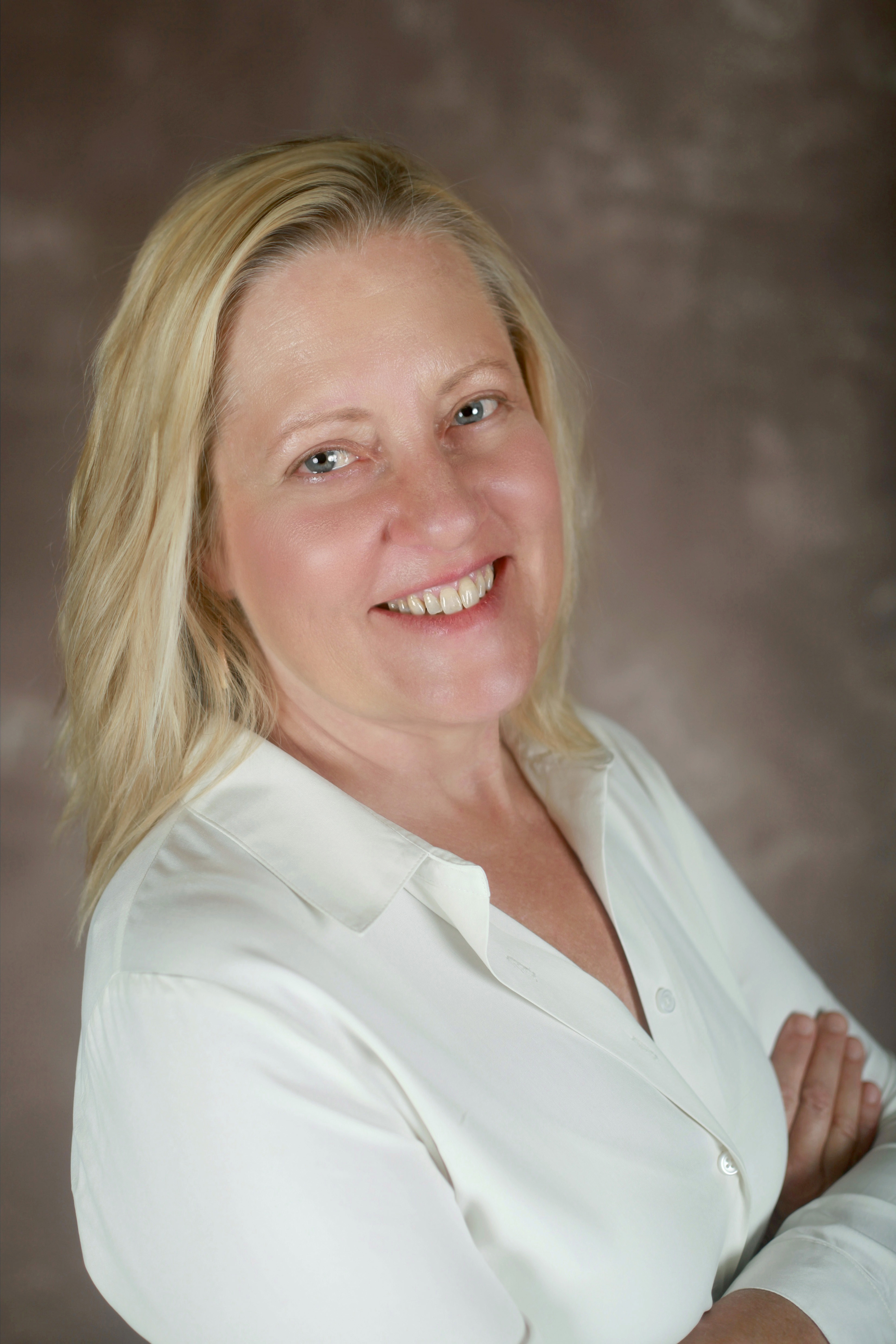 Midwestern Gothic staffer Kathleen Janeschek talked with author Jacquelyn Vincenta about her book The Lake and the Lost Girl, the intimacy of poetry, piecing together a mystery, and more.

Kathleen Janeschek: What’s your connection to the Midwest?

Jacquelyn Vincenta: I grew up in a suburb of Washington, D.C., and left for college in Iowa City without ever having visited the Midwest beyond Ohio. As I crossed the Mississippi River into Iowa for the first time, I unexpectedly felt like I was coming home, and I loved every aspect of my years there. After college I lived in Louisiana, Texas, Virginia, back in Maryland for a time, and then sought out the Midwest again, this time the Great Lakes area. Michigan’s west coast completely captured my heart and I have lived within an hour of it for over half my life now.

KJ: You’ve lived in a variety of places over the years—what drew you to settle in the Midwest?

JV: The balance of water, agricultural land, wilderness, orchards, open space, and interesting human communities was enchanting to me from the start, and continues to holds me here. It’s inconceivable to me now to think of leaving this place, and when I spend any time in areas where the human presence overwhelms my ability to feel close to the natural world, I miss my home in the Midwest deeply.

KJ: Lake Michigan features heavily in your novel, The Lake and the Lost Girl. How does the lake function as a force in both your fiction and your life?

JV: In The Lake and the Lost Girl Lake Michigan is a force of both danger and possibility, providing Mary Stone Walker with companionship, hope, inspiration, and challenge, while it also beckons her toward a different future. The boatbuilder, Jack Kenilworth, thrives on the joy the lake brings him on a daily basis, and he is linked by it to his father and grandfather, in a lineage of men who relied on the Lake for sustenance. My teenage character, Nicholas, goes there for artistic inspiration and relief from the tension of his family. The Lake draws and holds people, yet always remains a force larger and more mysterious than we can fathom, thus it provides balance for our nervous systems and represents the unknowable aspects of life. As I answer this question, I am also struck by the transformative effect of the way the lake reveals light to us. In my own life the lake and its variations of light are one of Lake Michigan’s most deeply moving aspects. The fact that it’s hard to explain how this works inside us illustrates how the lake functions in my life: It connects me to aspects of myself I might not experience without it. 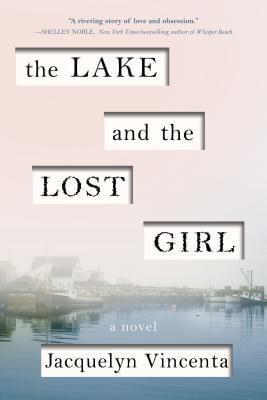 KJ: A family in crisis is at the heart of this narrative. How does your own family life influence your writing?

JV: The family in crisis at the heart of the novel is also the potent seed that generated a full-length narrative. I experienced a family dynamic with some shared characteristics: denial of realities, unreasonable hope that unhealthy relationships would just heal themselves, and emotional and physical violence that caused constant undercurrents of fear and self-doubt among the non-violent members. I wasn’t sure I would be able to write “accurately” about it, portraying the types of problematic family exchanges that I have witnessed and been part of, but in fact the scenes unfolded with the fluency of something long memorized.

KJ: Your story features not one, but two fictional writers. Did you encounter any difficulties when writing two different narratives about writing?

JV: Now that you mention it, no, I didn’t encounter any difficulties with this. I wonder if that’s because writing is something that I imagine to be a natural part of everyone’s relationship with the world, an extension of their internal and external dialogue with life. Writing is not a part of every person’s life, of course, but self-development and self-expression are. But distinctly different for each person, from the way they see to the way they feel about their medium.

KJ: Furthermore, it is Mary Stone Walker, the poet, that the story revolves around. What made you want to write about a poet and not a novelist like yourself?

JV: I admire poets and many of their works resonate like timeless songs through our literary inheritance. There is something so intimate and romantic (sometimes negatively so) about the way the poet sees the world and the unique and fleeting glimmers of it that she reflects back to others, across time. I suspect that if one were inclined toward falling in love with a dead writer and developing an obsessive fantasy about her—as Professor Frank Carroll was—it might be easier if she were a poet than a novelist, partly because you could imagine that lyrical intimacy shared with the absent poet. From a novelistic point of view, it is an important part of the plot that she left fragments of poetry behind, hiding lines and verses that were found years later, and hidden fragments of poetry make more sense and are potentially more beautiful than small bits of prose.

KJ: What do you think is the most important element in crafting a mystery?

JV: I am still learning the answer to this question. But it seems to me that one of the most essential and yet most difficult elements in crafting a compelling mystery is to bring the secrets at play within the story as close to the surface as possible without anyone fully understanding them for what they are until the end. When these motivating, disruptive energies are present but not revealed they should give rise to words, behavior, and intriguing events that drive the story logically forward, even without the full truth of them being available to the reader… and yet we feel them there so that when the facts are all made clear, they resonate back through the tale. One of the deepest pleasures of reading a mystery is that experience, as you complete it, of reviewing the tale with newly enlightened eyes.

KJ: Each chapter of your novel, The Lake and the Lost Girl, features a few lines of verse from various poets. How did you choose these lines?

JV: The quest for lines of poetry by American female poets of the same era in which fictional Mary Stone Walker lived was extremely interesting. There are a handful of women poets we run across commonly, but most of the poets I found were less well known. I had to search online and in specialized anthologies and obscure volumes not available at the library, writing down verses that seemed like they might provide an interesting complementary “note” for a theme or scene in my novel, and I collected many more than I used. I discovered poets and volumes of poetry I had never heard of, including one exquisite poem I used a few lines from but for which I could never track down information about the author (“Not Again,” by Mildred Amelia Barker). Partnering poetry with my chapters based on intuitive connections was an aesthetic and emotional puzzle.

KJ: Who is a poet that has inspired you most?

JV: The Russian poet, Anna Akhmatova, of whom it has been said that she has captured in her poetry the very land and soul of her country, and that feels true to me when I read her work. She paid a high price (she was a poet during the Bolshevik Revolution and beyond) and is inspiring as a strong woman as well as a poet. She was amazing, and I believe that all the Akhmatova poetry you might ever read had to be memorized by her because she had to destroy the evidence of her honest subversion of oppression.

KJ: You previously worked as police beat reporter—how has that experience shaped your fiction?

JV: I jumped out of college and into my Louisiana reporting job from a highly sheltered life, and learned quickly that there are a lot more characters, alarming and fascinating stories and lifestyles in the world than I had any inkling of. I also had some up-close exposures to extreme corruption through that job, and again, I had no idea such things were real, as embarrassing as that is to admit. A thick blindfold was torn away—I saw stories everywhere in the structure of life after that.

KJ: What’s next for you?

I am currently working on another novel, and this one also happens to include the presence of Lake Michigan, troublesome secrets, and a few characters wrestling with loss and love. Events from the past have a role in this narrative as they do in The Lake and the Lost Girl, and so far I am hypnotized by the whole process of listening to this tale ascend from nothingness onto my page.

Jacquelyn Vincenta began her writing career as a police beat reporter for a daily Louisiana newspaper. She established and acted for many years as managing editor for a publishing company specializing in international trade issues. She lives in Kalamazoo, Michigan, where she focuses on writing, environmental projects, family, friends, and nature.