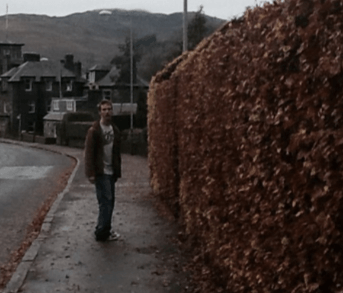 I moved to Omaha, Nebraska a year and a half ago to begin my MFA at Creighton University. Whereas my writing prior to this move was predominantly introspective in its focus, my poems have since become more apt to incorporate more descriptions of things in the external/physical world. Because I had never personally seen or admired a Midwestern landscape before moving to Omaha, I feel as though my new surroundings served as a catalyst to the aforementioned descriptive shift in my poetry.

As is true for any place, the best aspect of the Midwest is its people. This may seem like a cliché response, but I feel it to be true nonetheless. In the short amount of time that I have been living in the region, I have met numerous people whom have simply been amazing. To me, the people who occupy this portion of the country are genuine, sincere, and incredibly passionate. Here, there seems to be an undeniable sense of togetherness that I have personally never experienced in any other place I have lived.

I have made it a habit to not explicitly declare the exact locations which my poems either take place in, or pull specific identifiable details from. In doing this, it is not my goal to reject or deny the places from which the inspiration for my poetry was gained. Rather, I hope to provide readers with a more generalized conception of place onto which they may more easily apply personalized place-centric details from their own lives. With this being said, while my own experiences and settings were necessary to a poem’s conception and eventual realization, it is ultimately irrelevant to the reader’s interaction to said poem.

I consider my process to be one long, drawn-out method of combating writer’s block. First and foremost, I try to read for at least two hours every day: the less time I spend reading, the less likely I am to gain the inspiration needed to write anything of merit. Throughout my workweek, I try my best to jot down a few interconnected lines (or interesting words). By Saturday, I often force myself to write a poem, and even though I am not always successful in my efforts to do so, the effort itself at least gets me one step closer to actually writing a worthwhile poem.

Usually, I equate the completion of a poem with a kind of hunger: it is finished when I am satisfied and cease to feel a pit in my metaphorical stomach. While this explanation is admittedly vague albeit pretentious, it is the only one I have for now.

While my answer to this question could be different from one day to another, today I would have to say that may absolute favorites are Cormac McCarthy (fiction) and Mark Strand (poetry). The work provided by both of these writers is imbued with a compelling starkness and realism. Because both of them are able to expertly incorporate minimalism into their craft, I have to commend the clarity of their prose and verse respectively. Honorable mentions to William Faulkner, J.D. Salinger, Hart Crane, John Steinbeck, and Richard Hugo.

I have been gradually sending out the manuscript for my second chapbook for publication. Apart from this, I will be graduating with my MFA this May.

Find me at my tumblr page which I update sporadically: m-d-williams.tumblr.com