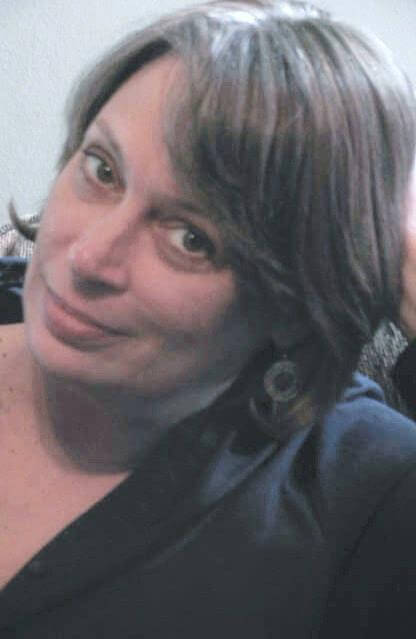 I was born and raised in Kansas, and spent most of my youth dreaming of leaving it. It wasn’t until I’d actually lived in other places that I understood that geography gets into your bones, into your DNA. I’ve lived in a village in Pennsylvania, in the suburbs of the city of Boston, and on an island off the coast of Massachusetts, and while I loved all those places, I came back to Kansas with my husband to raise our daughter. The bravest, most independent artists and people I know live in the Midwest. I want to write about all of them.

Absolutely the sky, or the big blue bowl, as I like to think of it. It’s the sense of space, of being able to breathe deeply, of the Rothkovian horizon line that separates the expanse of blue and the long stretch of golden fields. And when full moonlight touches those same fields, it is such a powerful, primal sensation, to be under that light, out in it, part of it.

Every place I’ve ever lived or traveled has been part of my work. I am interested in how words describe images; for me, images are the story, and it is my work to use words to translate those images.

I write early in the morning, when the house is quiet. I like to write in silence, just birds and pets and the various house noises—and me, sometimes saying the words aloud, to make sure I like the music. Usually, I get an idea about something that interests me, for whatever reason. I let it stew awhile in the primordial soup of my creative brain, and after a bit, I try to see what there might be to say about it. If it catches fire within me, that’s the project I’m working on. Writer’s block can go two ways—it might just be writer’s reluctance, which is the habit of avoiding writing for no good reason. I find this always goes away if I make myself sit down and write a couple of sentences. If it’s actual writer’s block, I try not to let it make me anxious. Most of the time, after I’ve completed a longer work, I’m hollowed out, drained, and I just have to give myself time to let the well fill up again. I write commentary on theatre for public radio, which has been great for keeping up the habit of writing during times that are less creatively flush.

For me, I just come to a place where I know, I know that I’ve told the story that I wanted to tell, whether it’s a poem, a short story, an essay, or whatever. If I get to the place where I thought the piece would be done, but it doesn’t feel like it, I go on. I love ambiguity, and I distrust endings that are too tidy, so one thing I have to be careful of is the tendency to be too subtle, to withhold information. It’s easier for me to know when the first draft is finished than to decide when the revisions are done.

For contemporary poetry, I love Lisel Mueller. Her “Why We Tell Stories” is one of the best poems ever written, and “Moonfishing” is a brilliant re-telling of an old folk tale that finds resonance still in the modern world. Also Naomi Shihab Nye, who is probably a genius. I never read anything by her that doesn’t make me say “I wish I’d written this!”

I just finished writing a play, which was a fantastic experience. I’ve written comic sketches and adapted fables and folk tales for high school students to perform, but this was the first time since graduate school that I sat down to write a full-length adult story for the stage. I’d like to see it performed in the coming year, or at least in shape to be performed. I have a couple of novels that are waiting to be finished, and I’d like to conquer at least one of them over the summer. Poems arrive on their own time.

I suppose I’ll have to make a website. You can find my theatre commentaries at kmuw.org/term/stage and also on iTunes.