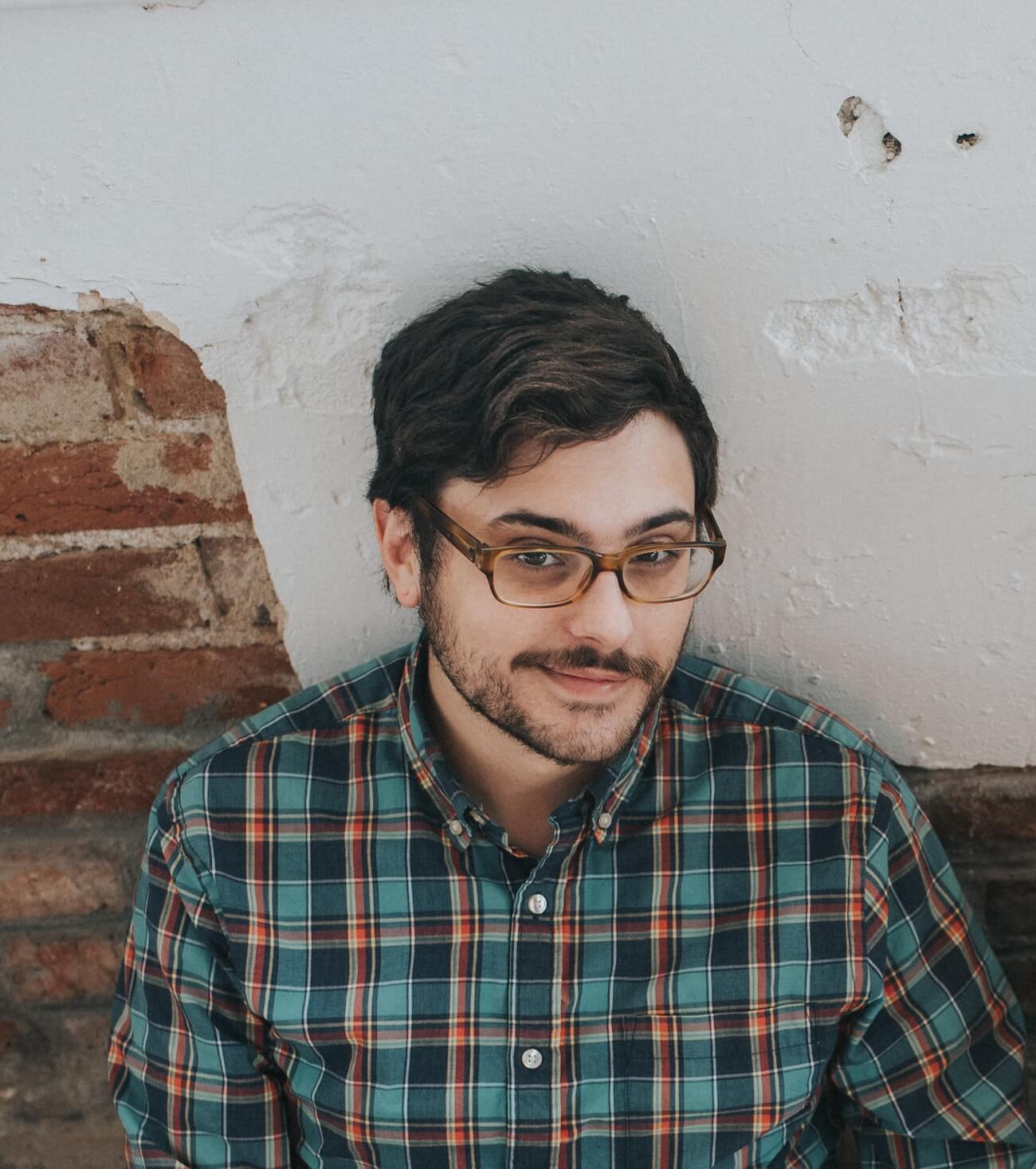 I didn’t spend a lot of time in the Midwest until my early 20s. I grew up in Colorado, and aside from spending time with family in Indiana, I was kind of on the outside looking in. The first time I really left home/was on my own was for grad school in Illinois, and then after that, bounced around until landing in Iowa for a couple years. It always felt like the first place I discovered on my own as an adult, and I think that’s probably why it’s something I write about so much.

The landscape, especially the plains, has always seemed a little magical to me. When I lived in Iowa, I spent a lot of time driving into the heart of it without any real destination, thinking it would be a good way to orient myself. But I found myself getting lost more often than not, and in a way that kind of scared me into paying attention to the world around me at a sharper level. The scale of everything changed. I’d stumble upon some small town and feel like I’d been found, then drive miles through farmland, get swallowed back in that void of being alone with the world, and feel really small again. I’ve never been anywhere else that could extract those feelings and mirror them back to me in such a stark way.

For me, place is the seed where a lot of poems begin, but not necessarily where they end. It’s a key dangling above my head that unlocks the core of whatever I’m trying to get at, and the only way to reach it is to deal with it like any being that has problems, answers, needs, etc., and interrogate it. If specific memories or experiences regarding a place end up being the focal point of a poem, that’s great, it means they were supposed to. But I’m always hoping that those memories will reveal something stranger or take me somewhere else entirely. I think when the past becomes a backdrop or a counterpoint to a very different subject, it breathes new life into that memory, and my personal experience becomes a new experience for both me and the reader.

Joe Millar, a teacher of mine at NC State, gave me some simple advice that always works— “take time off the top.” Before dealing with work, errands, relationships, the general crap of day to day life, poetry comes first. Thankfully, my best/clearest hours are in the early morning, so I usually spend that time revising drafts that are close to being done, reading, jotting down some ideas to kick around in my head the rest of the day.

In terms of inspiration and writer’s block, there are a couple things I lean on. I participate in a bimonthly writing group with a bunch of friends, mostly from my time at NC State, where we write a poem every day for thirty days. I mostly end up with a pile of junk, but there’s usually an idea or two in there that I’m excited to explore. Also, I’ve found using form is a great way of getting over any kind of block. It makes my voice sound unfamiliar and lets me wrestle with language from a different angle.

I’m not sure if anything I’ve written is ever finished, but I know when a poem is overdone, so I kind of look for the breaking point of a poem and get as close to it as I can. If as I’m cutting a poem down to its essentials I hit a moment when it feels like I’ve lost something or taken wrong turn, then I’ll back things up and put the previous version of the poem away for a while. When I come back to it, I start cutting again and repeat that process until I can’t do anything else with it at the time. I’m either end up with something that feels as complete as I can get it or scrap material to take back to the drawing board.

Of course, I have a ton of favorites, so I won’t bore you with a list. I will say one of the most influential is Yusef Komunyakaa. He was the first poet I saw read in person, and thereby became the first contemporary poet I read on my own (outside of a classroom). His images never cease to amaze me. They do emotional work in the poem, they’re linguistically interesting and well-crafted, and they’re strange on some level. I think it’s tough to get an image to do one of those things, let alone all three.